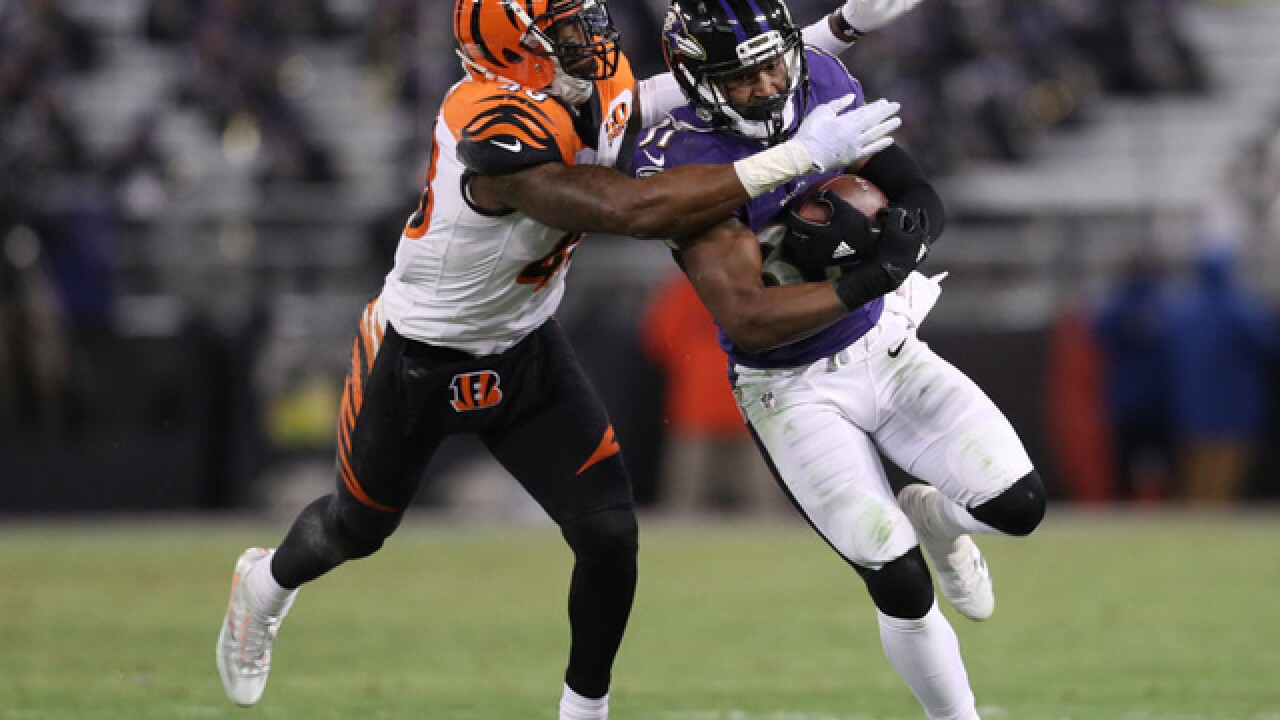 Image copyright 2017 Getty Images. All rights reserved. This material may not be published, broadcast, rewritten, or redistributed.
Patrick Smith
<p>BALTIMORE, MD - DECEMBER 31: Running Back Javorius Allen #37 of the Baltimore Ravens carries the ball as he is tackled by free safety George Iloka #43 of the Cincinnati Bengals in the third quarter at M&T Bank Stadium on December 31, 2017 in Baltimore, Maryland. (Photo by Patrick Smith/Getty Images)</p>

Gotta think the Iloka move is less about him and more about Jessie Bates and the Wake Forest 2nd rounders developement. Like someone told me, don't draft him that high to sit. Needs the reps to develop. @WCPO

Iloka, a solid veteran who has started every game he has played since 2013, confirmed the news in his own tweet:

Thankful for the opportunity Cincinnati. To my former teammates, best of luck and stay healthy, you guys have something special brewing there.

The Bengals save a bundle and Iloka shouldn't have trouble finding a new team, NFL Network's Ian Rapoport and Mike Garafolo reported. He was due $5.3 million in salary and bonuses this season.

Was due $5.3m in salary and roster bonuses this season. Few teams out there in need of safety help. Imagine he finds another job soon. https://t.co/lAU7oXJlNl

The Cowboys might be interested in picking up Iloka, according to NFL Network's Jane Slater. The Vikings and Raiders, teams with former Bengals defensive coaches, could be landing spots, too.

WCPO's Keenan Singleton said Iloka had a positive impact on and off the field and will be missed by players and media alike.

Bengals lose a starting safety, us Cincy media folk lose a thoughtful, unique mind that was always probed for a deeper understanding of a range of topics. And the man kept some Louisiana hot sauce in his locker. How can you not respect that?

The Bengals drafted Iloka, 28, in the fifth round in 2012. The 6-4, 225-pound safety racked up 54 tackles and an interception for the Bengals last season.

Iloka played in 83 regular-season games with 76 starts for the Bengals over the past six seasons. His career totals include nine interceptions, 34 passes defensed and 340 tackles, according to the Bengals.