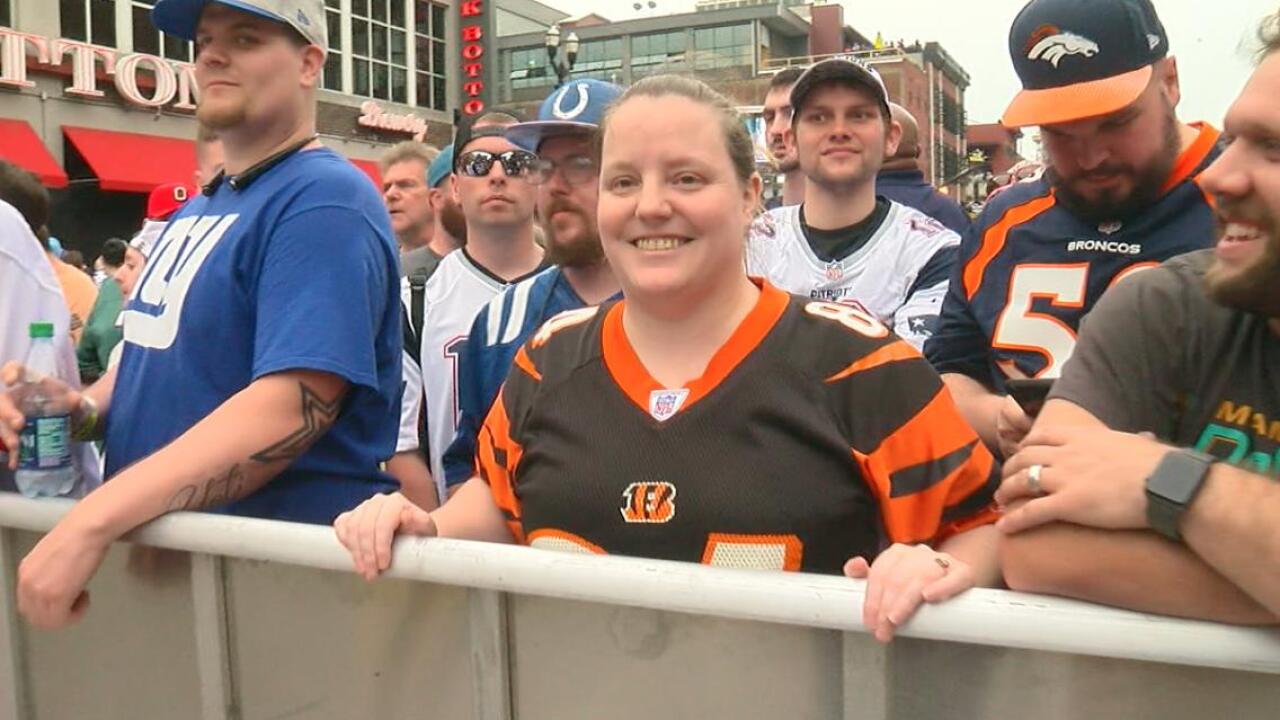 NASHVILLE, Tenn. — Football fans were lining up hours early – shoulder to shoulder – to get the best vantage points for the NFL Draft Thursday night.

No one had a better spot than Bengals fan Brittany Payne, who was front and center after arriving from her home in Knoxville, Tennessee.

“This will be my third draft. I love the experience. The sports fans together,” Payne said.

Ancil Lee, who lives in Bethel, Ohio, says he left home at 3 a.m. for the four-hour drive.

“Just an experience I wanted to see,” Lee said.

“I think it’s exciting to have a new coach. New blood. Fresh start for the Bengals. They need it,” Lolli said.

Lolli was the only one of four Bengals fans we asked who wanted the team to take a quarterback in the first round.

“No one but Dwayne Haskins. Time for a new quarterback,” he said.

“Our defense was in last in a lot of places last year. That’s what needs work. That’s where I want to see a focus for this round. We’ll see how the new coach and everything goes.”

“I’d like to see Devin Bush in the orange and black. I think Andy Dalton has a few years left in him,” Lee said.

Todd Kamphaus of Montgomery is in the same camp.

“I like Bush, the linebacker. Maybe. Just nothing crazy. Nothing Bengal-esque,” Kamphaus said.

“I don’t think Andy is the long-term answer, but I don’t think this is the year to replace him, either. Let’s do something smart and rock out.”

WATCH the NFL Draft starting at 8 p.m. EDT on WCPO and ABC.