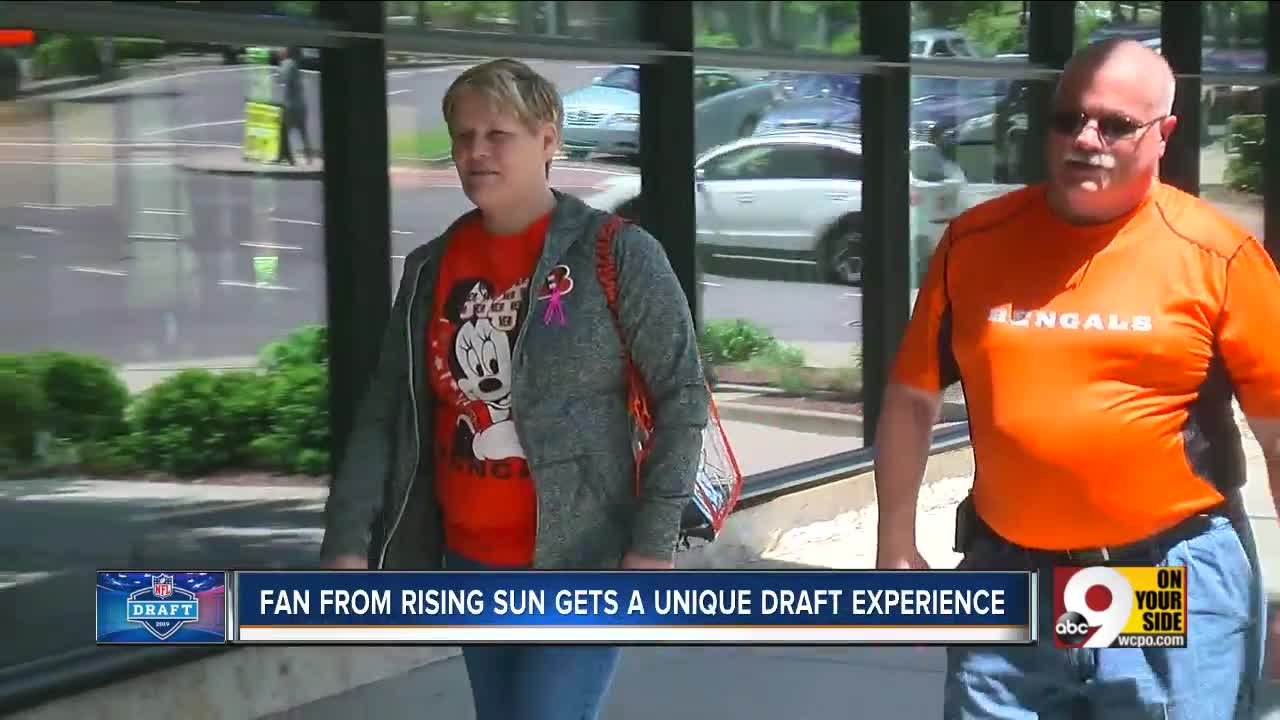 About 100,000 people are expected to crowd Broadway in downtown Nashville for the first round of the NFL Draft, but only one Bengals fan has the opportunity to walk on the stage. 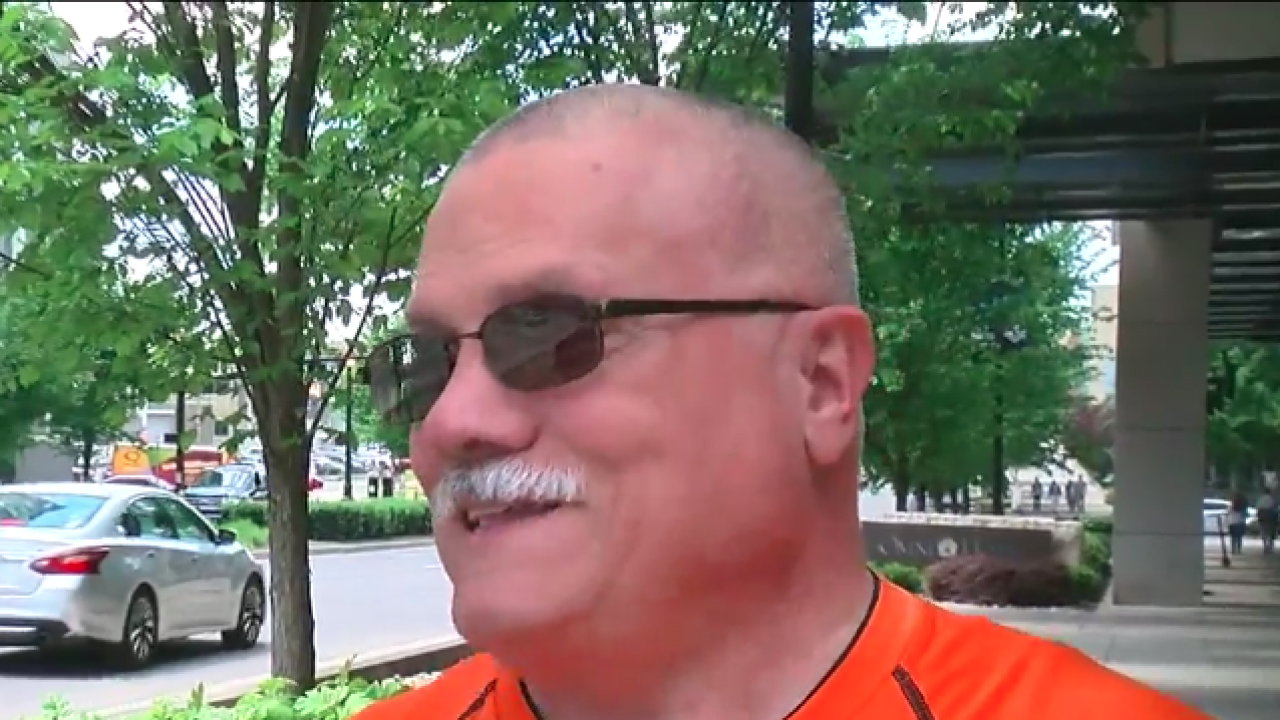 NASHVILLE, Tenn. — About 100,000 people are expected to crowd Broadway in downtown Nashville for the first round of the NFL Draft, but only one Bengals fan has the opportunity to walk on the stage.

Rick Webster’s love for the Bengals started long ago.

“Thirteen years. When I retired out of the Air Force,” Webster said. “We went to all the games before we became season-ticket holders.

Webster’s passion is easily seen inside his home in Rising Sun, Indiana.

"What got us hooked is when we went to the Kansas City game. Chad Johnson said we were going to win when Kansas City was 9-0. My wife had bruises up on her leg from kicking the chair in front of her. It was a blast," Webster said.

Every year he puts in for the season-ticket lottery to go to the draft party at Paul Brown Stadium. This year, he got the call he never expected.

“The folks that work with me was kind of like ‘What!’ ”

That’s how Webster and his wife won tickets to the draft in Nashville.

Webster will go on stage to hand a Bengals jersey to Commissioner Roger Goodell.

“I get to take the jersey out for the first pick. The No. 11 pick," Webster said.

He hasn’t practiced the handoff, he said.

“But I’ve watched some of the other guys that have done it. I got on YouTube to watch some of it. To make sure. I don’t want to go out there and trip. Or drop it. Or anything like that,” Webster said.

There’s nothing to it, he said.

WATCH the NFL Draft starting at 8 p.m. EDT on WCPO and ABC.