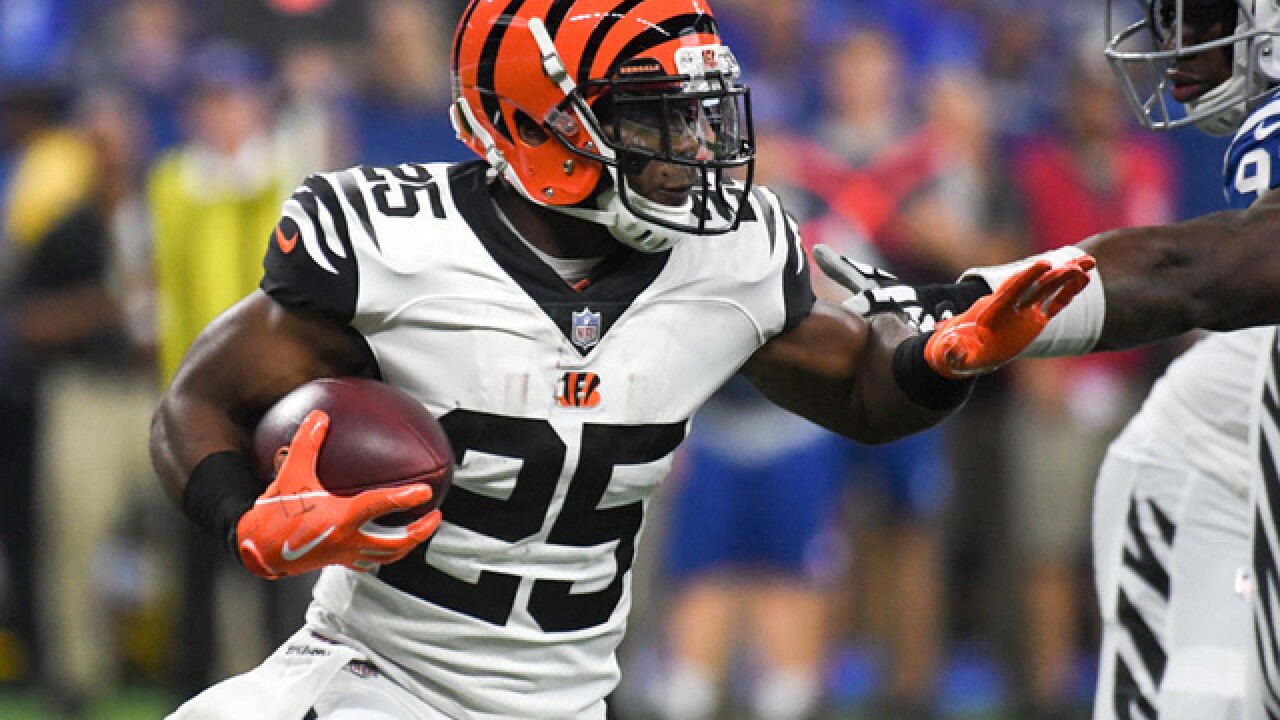 Image copyright 2018 Getty Images. All rights reserved. This material may not be published, broadcast, rewritten, or redistributed.
Bobby Ellis
<p>INDIANAPOLIS, IN - SEPTEMBER 09: Giovani Bernard #25 of the Cincinnati Bengals runs the ball in the game against the Indianapolis Colts at Lucas Oil Stadium on September 9, 2018 in Indianapolis, Indiana. (Photo by Bobby Ellis/Getty Images)</p>

CINCINNATI — The Bengals signed RB Giovani Bernard to a two-year contract extension through the 2021 season, the team announced Tuesday.

Bernard, 27, gets a raise to $5.9 million this year and $11M the next two years, including a $600,000 guaranteed bonus in March, according to Tom Pelissero of NFL Network. The Bengals did not release terms of the deal.

Bernard, a seventh-year player, was in the final year of his contract.

“Gio is a guy we can count on,” Bengals head coach Zac Taylor said in a release. “He’s been a dependable, steady back in this league for a long time. He’s a great leader for this team, so we feel it’s very important to have him around in the years to come.”

Bernard was the Bengals' second-round draft pick out of the University of North Carolina in 2013.