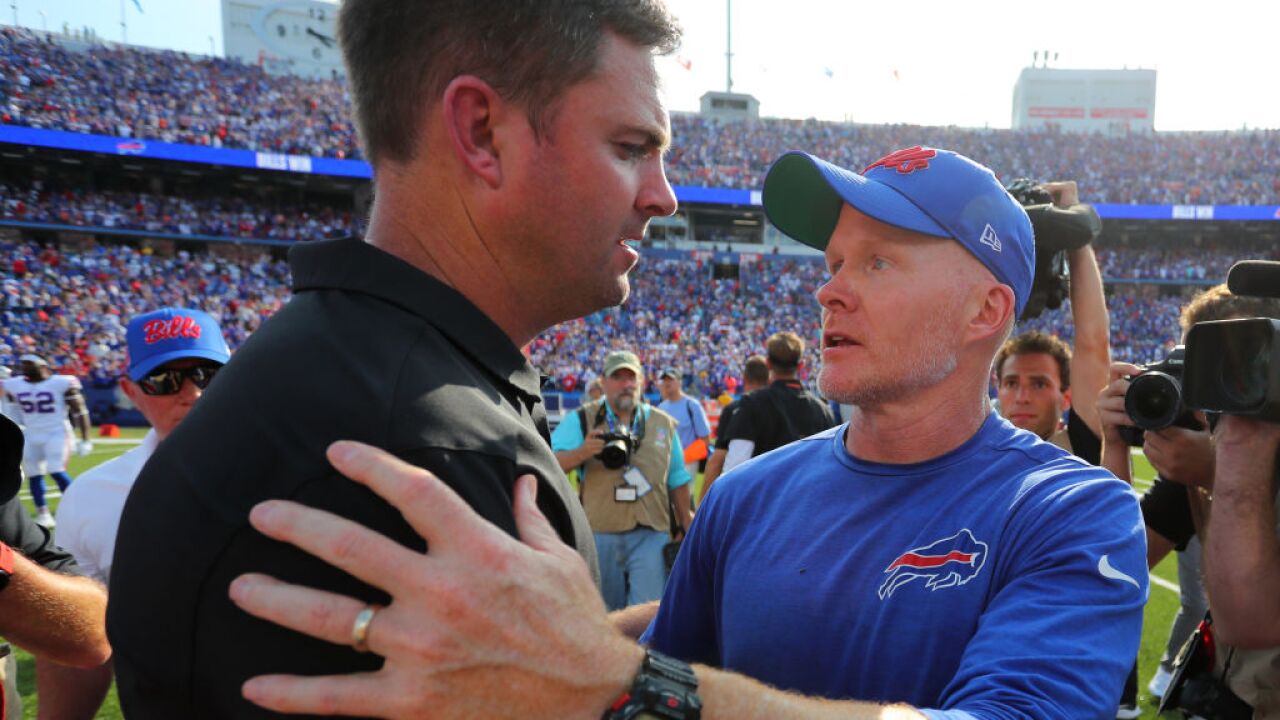 Though disappointed following a 21-17 loss at the Buffalo Bills on Sunday, the 36-year-old Taylor remains confident there are signs of growth.

"We believe in each other and the message was the wolves are coming," Taylor said, referring to an animated postgame speech he delivered which could be heard through the locker room door.

By wolves, Taylor meant critics of a team that counts two losses by four or fewer points, including a season-opening 21-21 loss at Seattle.

"This group is too strong to allow that to happen," he added. "It's just so disappointing because we were right there at the end."

Cincinnati overcame a dreadful start and a 14-point deficit by scoring 17 points on three consecutive drives to take the lead on Randy Bullock's 43-year field goal with 4:54 remaining.

The trouble was the Bengals couldn't hold it, allowing Buffalo's Frank Gore to score on a 1-yard plunge with 1:50 left before falling short on their final drive.

The game ended when quarterback Andy Dalton, facing third-and-5 at Buffalo's 28 and with 20 seconds left, had his pass intended for Auden Tate deflected by safety Micah Hyde and intercepted by Tre'Davious White.

"It's one of those things. It's frustrating at times the offense isn't playing well, the defense is playing well," Dalton said. "For us, it's like we've got to put it all together. ... Zac's animated, he should have been. But the biggest thing is we've got to stay together."

History stands against the Bengals, who have previously never enjoyed a winning record the 17 times they opened a season 0-2. Now Taylor, who took over after Marvin Lewis was fired this offseason, becomes the fifth of 10 coaches in team history to start 0-3.

The Bengals found themselves in a hole for the second consecutive week following a blowout 41-17 home-opening loss to the San Francisco 49ers in which their defense surrendered 572 yards — fifth most in team history.

The bright side was their defense holding the Bills to just 14 points, rather than the 24 Cincinnati surrendered to the 49ers through halftime.

The downside, was the Bengals' offense managed just two first downs and 77 yards offense in the first half, 33 of those coming on Dalton's completion to Tate on the final play.

The turnaround didn't come until cornerback Darius Phillips intercepted a pass by Bills quarterback Josh Allen and returned it to Buffalo's 22. Three plays later, Dalton scored on a 1-yard run to cut Buffalo's lead to 14-7.

Joe Mixon then tied the game on a 1-yard reception on Cincinnati's next drive.

Dalton went 20 of 36 for 249 yards and two interceptions. Mixon finally found his legs by finishing with 61 yards rushing, more than doubling the 27 yards he managed in his first two games. He also topped the Bengals' two-game total of 59 yards entering the game.

"We put ourselves in a bind and playing from behind; you can't do that," Mixon said. "It's a tough one. Just can't do it, can't play from behind. One thing I am proud of is these boys, they fought all four quarters, especially the defense, they played their (behinds) off for us tonight."

Taylor can only look ahead, noting the Bengals prepare to face AFC North rival Pittsburgh in a prime-time matchup on Sept. 30.

"We're 0-3. It sucks, it feels terrible," Taylor said. "But I'm confident that the guys in this room, we're going to get some wins out of this thing, and it's only a matter of time and we believe in each other.

That's all we can ask for right now. We've got a big one coming up next week and we'll be fired up and ready to roll."