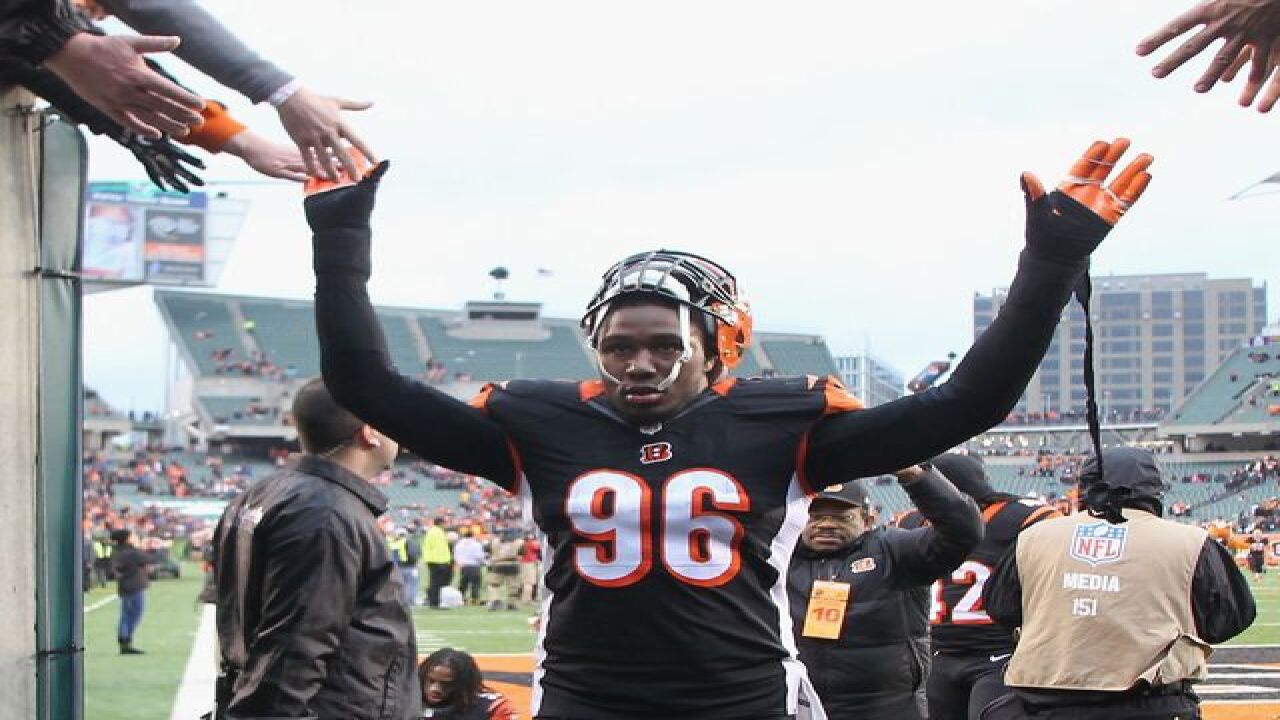 CINCINNATI — Bengals defensive end Carlos Dunlap was named the AFC Defensive Player of the Week after he helped with the team's season-closing win against the Cleveland Browns.

Throughout the year, Dunlap started in 13 games and had 63 tackles in those games. Dunlap also had a team-high nine sacks, which puts him two sacks away from the team's all-time sack leader of defensive end Eddie Edwards (83.5).

This marks Dunlap's fifth career AFC Player of the Week and second in 2019 after he was given the award for his game against the New York Jets in Week 13.

Dunlap, quarterback Andy Dalton and defensive tackle Geno Atkins are the only Bengals to have won multiple player of the week awards.