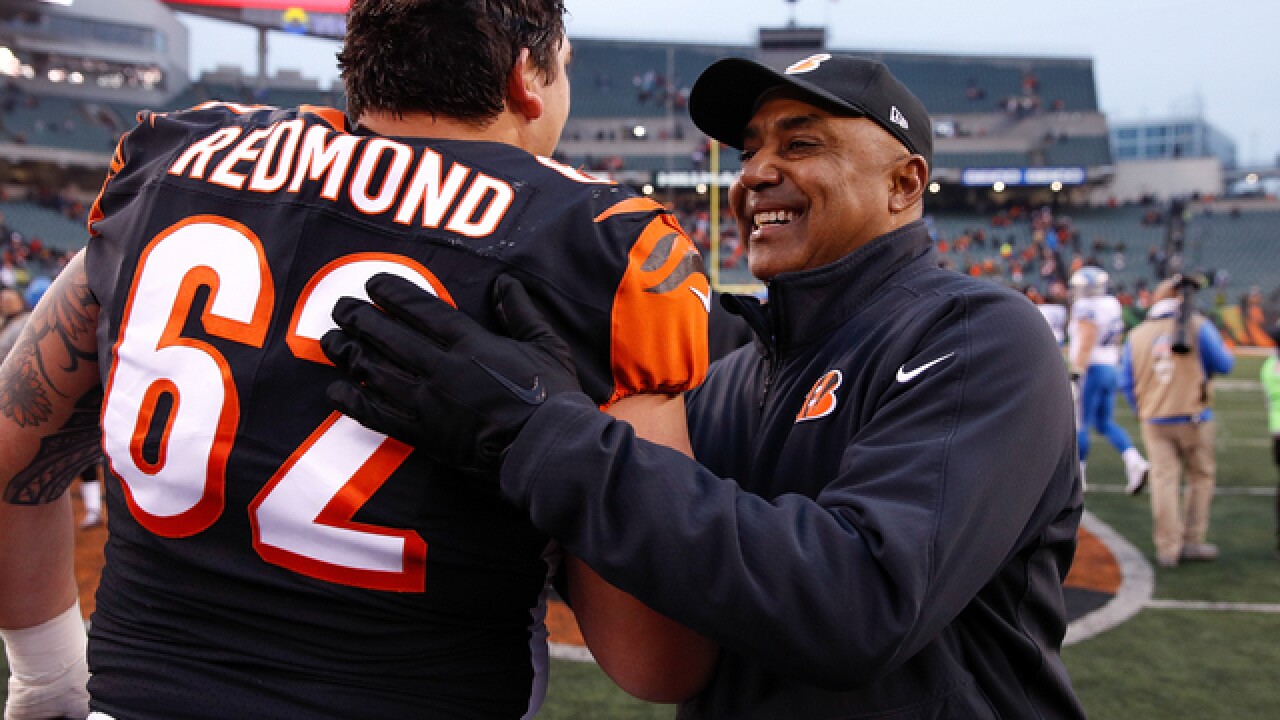 Image copyright 2017 Getty Images. All rights reserved. This material may not be published, broadcast, rewritten, or redistributed.
Joe Robbins
<p>CINCINNATI, OH - DECEMBER 24: Head coach Marvin Lewis of the Cincinnati Bengals celebrates with Alex Redmond #62 after the game against the Detroit Lions at Paul Brown Stadium on December 24, 2017 in Cincinnati, Ohio. (Photo by Joe Robbins/Getty Images)</p>

CINCINNATI — The NFL has suspended without pay Bengals G Alex Redmond for the first four games of the 2019 regular season for violating the league's policy on performance-enhancing substances.

That means Redmond will miss the Bengals' week-two home opener against the 49ers, as well as games on the road against Seattle, Buffalo and Pittsburgh.

Redmond is still eligible to participate in all offseason and preseason practices and games, the league announced.

The Bengals re-signed Redmond in April to a one-year contract. He started 15 games last season and the team credited his blocking with assisting Joe Mixon rush for an AFC-best 1,168 yards.