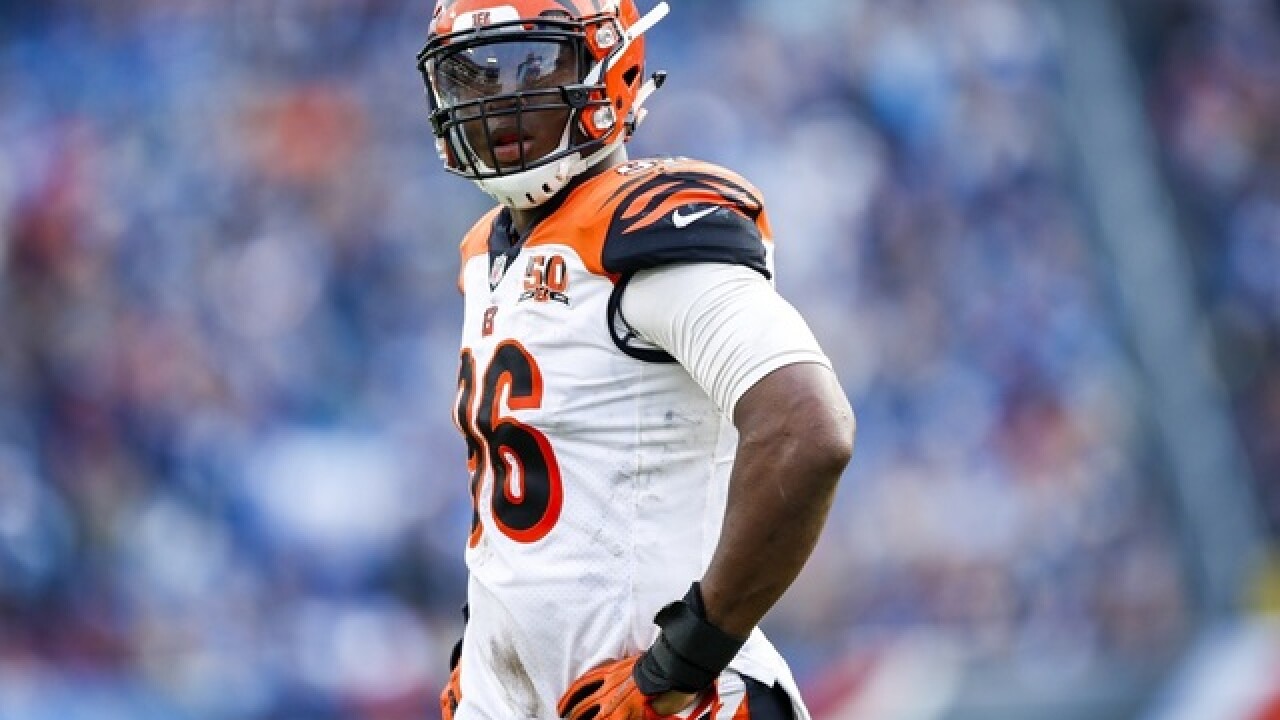 Image copyright 2018 Getty Images. All rights reserved. This material may not be published, broadcast, rewritten, or redistributed.
Wesley Hitt/Getty Images
<p>NASHVILLE, TN - NOVEMBER 12: Defensive End Carlos Dunlap #96 of the Cincinnati Bengals in a game against the Tennessee Titans at Nissan Stadium on November 12, 2017 in Nashville, Tennessee.</p>

CINCINNATI (AP) — The Bengals agreed to contract extensions Tuesday with defensive tackle Geno Atkins and end Carlos Dunlap, their top pass rushers who were entering the final years on their deals.

Dunlap tweeted about the "Back to Back" deals before they were confirmed by the team. Atkins' agents confirmed on Twitter he got a four-year deal, while Dunlap was extended for three years. The deals reportedly could be worth a combined $110 million if all terms are fulfilled.

"We have worked diligently to develop and retain talent over the years, and these contracts keep two of our best players with us for the foreseeable future," coach Marvin Lewis said in a statement.

The Bengals made extensions for their top two defensive players a priority. Dunlap didn't participate in some offseason team activities, forcing the issue before the sides got immersed in extension talks.

The Bengals cleared some salary cap room for the deals when they released receiver Brandon LaFell and safety George Iloka during training camp, opening spots for younger and less-expensive players.

Dunlap, 29, finished third on the club with 7½ sacks last season. His best year was 2015, when he had 13½ sacks, second-most in club history. His totals have slipped each of the past two seasons. He's also adept and blocking passes at the line, knocking down a team-leading 15 in 2016.