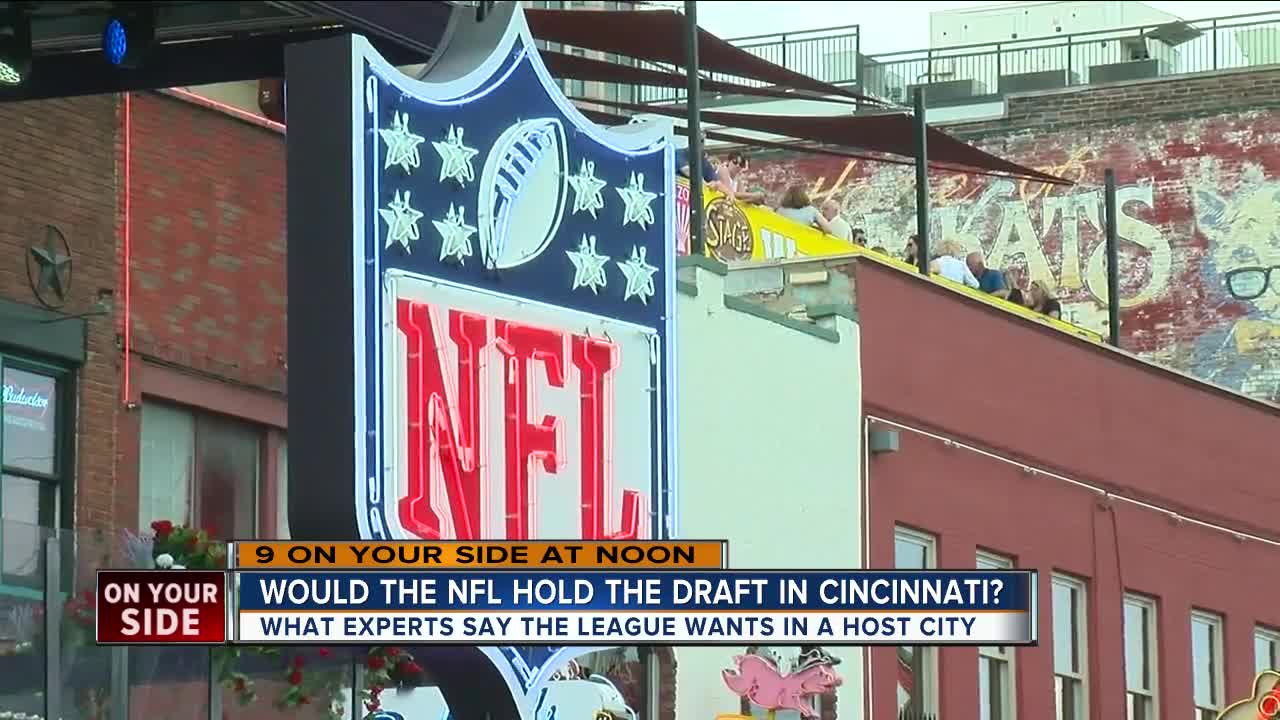 Cincinnati is about half the size of Nashville, meaning it would likely be an even harder sell for the league. It might take twice as much time to convince NFL officials Skyline Chili could be as much an attraction as New York City pizza. But hey — in 2035, who knows? 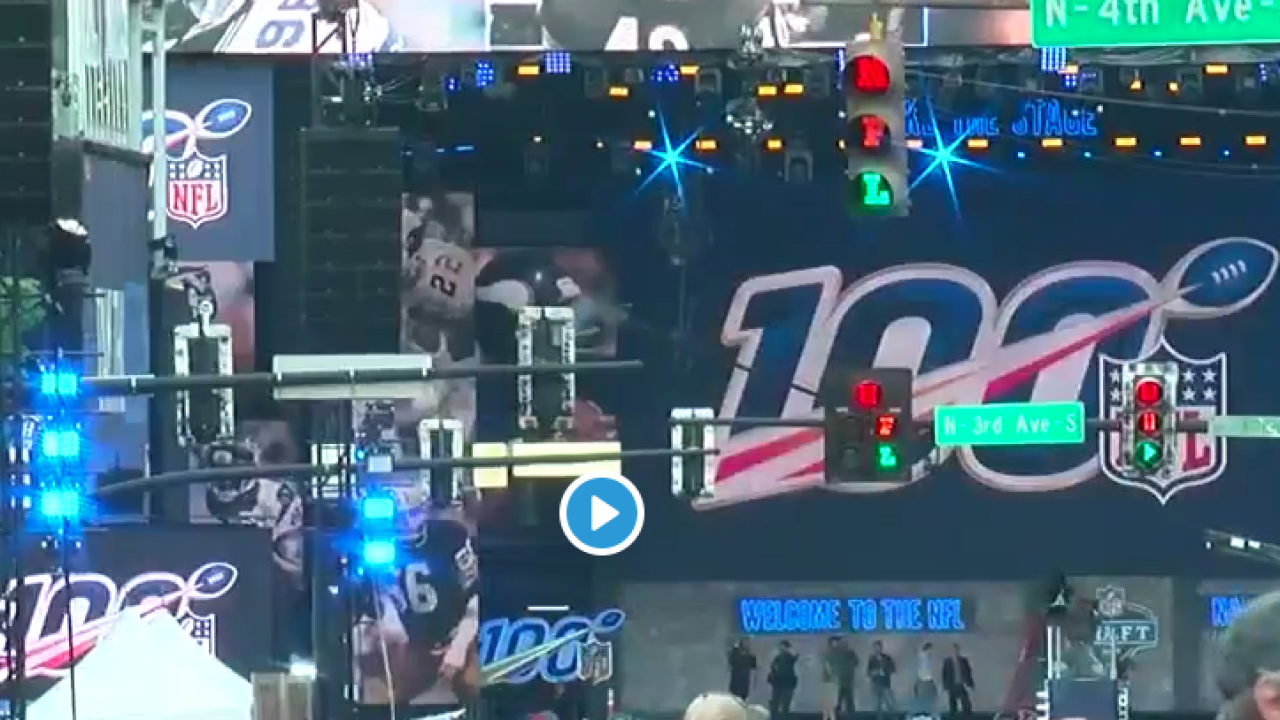 NASHVILLE, Tenn. — Take it from the man who brought the NFL Draft to Nashville.

It could come to Cincinnati, too.

As many as 300,000 people are expected to take in the parties and celebrations on Broadway and at The Fan Experience, and the city is cashing in.

“NashVegas is going to live up to its reputation,” said ESPN commentator Trey Wingo.

Wingo told WCPO he got an omen from none other than NFL Commissioner Roger Goodell himself.

“I remember sitting next to Roger Goodell at the 2017 Draft in Philadelphia. He looked at me and said, ‘I think we've outgrown an indoor venue in the draft forever,’ '' Wingo said, "and what’s going to happen here is going to be a big part of that.“

The four-day extravaganza is expected to pump $75 million into the local economy.

Butch Spyridon, president of the Nashville Convention and Visitors Corp., said it’s even bigger than he imagined when he proposed the idea to the NFL in 2011.

“We always envisioned utilizing Broadway, but they took it to another level, so full credit to the league,” Spyridon said.

The Music City incorporated its world-famous country music and the neon lights of Broadway.

“For us, those were the difference makers. Without that, it could be anywhere,” Spyridon said.

Could the NFL Draft come to Cincinnati? Spyridon said it’s about being different and special.

“Making sure it's a unique identity that Cincinnati can bring to the NFL and draft that makes it a little different, a little more special. That seems to be where they're heading with this,” Spyridon said.