Are Bengals headed to their first winless season?

Another 0-5 start makes you wonder 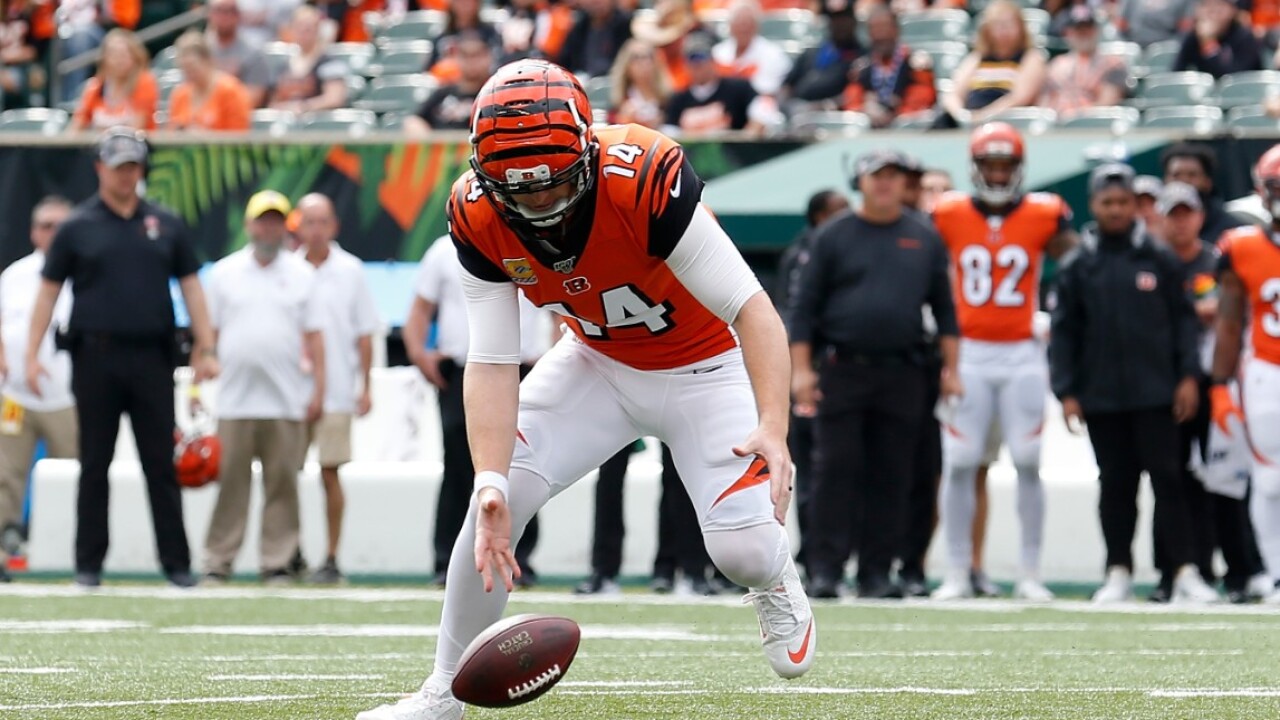 When it comes to the season-scuttling start, nobody does it better — or more often — than the Bengals.

A last-quarter rally followed by a last-minute meltdown led to a 26-23 loss to the Cardinals on Sunday that left the Bengals 0-5 for the seventh time since 1990, the most in the league over that span.

Sam Wyche, Dave Shula, Bruce Coslet, Dick LeBeau and Marvin Lewis all were part of 0-5 openings in Cincinnati during that 28-year span. Shula did it twice and set the franchise record by losing the first 10 games in 1993. Coslet and LeBeau combined on an 0-6 start in 2000, when Coslet quit after three games. LeBeau had an 0-7 start in 2002. Lewis’ team went 0-8 in 2008.

And now, first-year coach Zac Taylor can join the support group. Coaches come and go, but the pattern holds.

The haunting question is how much worse will it get this year?

Could the 2019 Bengals be the first in franchise history to go winless?

If you have more faith in the 2019 Bengals, you must still be wondering how low they will go before they get the first win.

Their most winnable games would appear to be in December against two other so-far winless teams: the Jets (0-4) in Week 13 and at the Dolphins (0-4) in Week 16. They also play the Browns (2-3) twice that month and host the Patriots (5-0).

“We’ve got to get that winning mindset back,” Taylor said Monday. “What can we do to ramp it up a notch to get that first win?”

It won’t be easy in Baltimore.

The Bengals allowed Kyler Murray to run for 93 yards Sunday, including a 24-yard scramble through the heart of the defense set up the Cardinals’ winning field goal on the final play. The Bengals will face another running quarterback next week. Lamar Jackson made his first NFL start against the Bengals in Baltimore last season and ran for 119 yards in the Ravens’ 24-21 win.

The running game finally worked against the Cardinals - for one series. The Bengals put an emphasis on the run and let Joe Mixon carry the ball six straight plays on the opening drive to a field goal. The Cardinals adjusted to the strategy, and the Bengals managed only 43 yards rushing the rest of the way. Nonetheless, it was a small step for an offense that couldn’t do anything during a 27-3 loss in Pittsburgh on Monday night.

The defense struggled to stop the run again. Arizona ran for 266 yards and piled up 514 overall, the second time that the Bengals have allowed more than 500 yards and more than 250 yards rushing this season.

Murray came into the game as the most sacked in the league, but he was dropped only once. End Carlos Dunlap and tackle Geno Atkins - the core of the line - have one sack each this season. Cincinnati has only six sacks overall.

John Jerry took over at left tackle after Andre Smith hurt his left ankle in the third quarter and was on the field for the Bengals’ two late touchdown drives. Guard Alex Redmond was activated Monday after serving a four-game suspension for violating the league’s policy on performance-enhancers.

Running back Giovani Bernard got a two-year extension at the start of the season, but he’s been minimized in the play calling. He was targeted three times Sunday and caught all three passes for 16 yards. He also ran twice. After five games, Bernard has only 19 carries and 12 receptions as Mixon becomes a main focus of the offense.

In addition to Smith’s ankle injury, receiver and kick returner Alex Erickson suffered a concussion in the second quarter. Taylor said receiver A.J. Green will miss another game as he recovers from an ankle injury during training camp.