Andy Dalton not surprised Bengals moved up to get QB 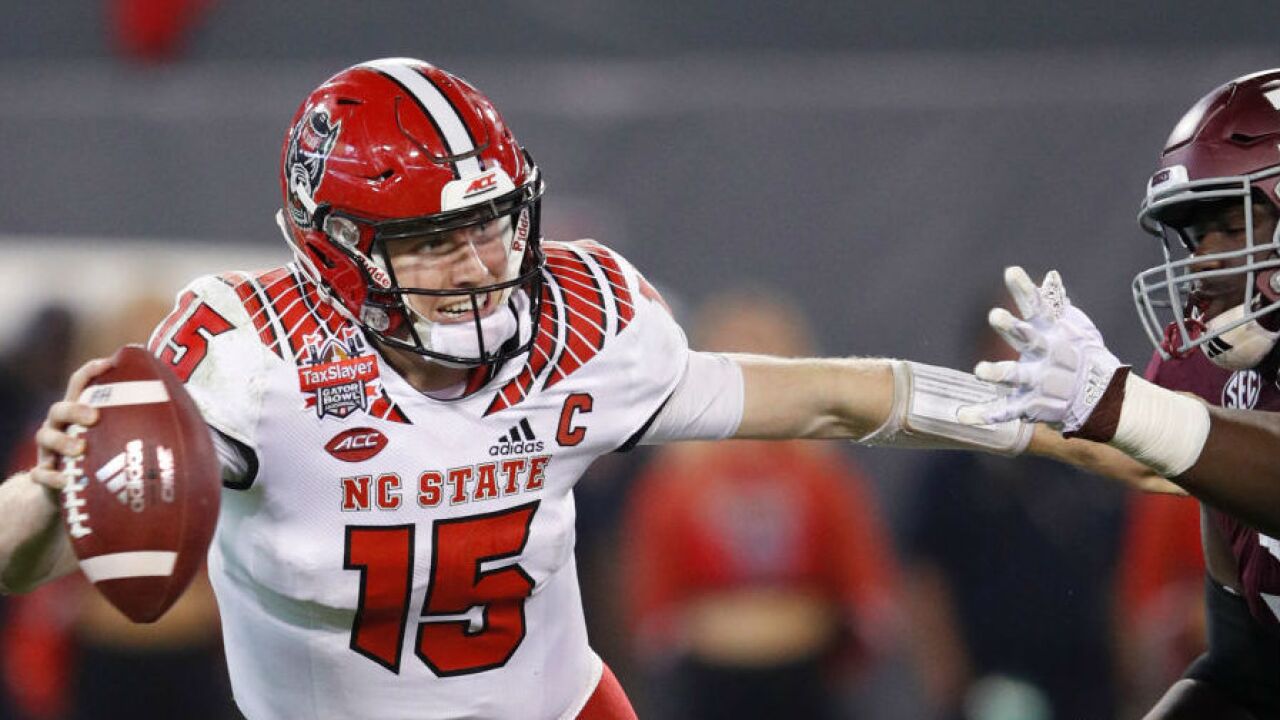 CINCINNATI (AP) — Andy Dalton isn't surprised that the Bengals moved up in the fourth round to take a quarterback. He doesn't feel threatened, either.

New coach Zac Taylor has made it clear that Dalton is the unchallenged starter as the Bengals transition to a new offense. Cincinnati traded and moved up to take N.C. State's Ryan Finley — a quarterback whose skills more closely resemble Dalton's — in the fourth round on Saturday for a backup role.

The Bengals hadn't taken a quarterback so high in the draft since 2011, when they got Dalton in the second round. But Taylor made it clear to Dalton that the move doesn't directly impact him.

"Like they said, they're trying to create some competition as a backup and that's why you bring him in," Dalton said Tuesday after a workout. "They obviously liked him, felt like he fit this system, and we had to get our (quarterback) numbers up."

At the outset, Finley will compete with fifth-year veteran Jeff Driskel for the No. 2 spot. Driskel started the last five games last season after Dalton tore a ligament in his passing thumb.

Dalton has two years left on his contract. Owner Mike Brown has raved about his leadership and performance, even though the Bengals have yet to win a playoff game behind him. Brown has repeatedly pointed out that Dalton led the Bengals to the playoffs five straight seasons, a franchise record.

Dalton hadn't made contact with Finley as of Tuesday. He's planning to mentor him and help him learn Taylor's offense, which is being installed during offseason workouts.

Perhaps the biggest intrigue on offense is how the line stacks up after the Bengals took left tackle Jonah Williams in the first round and guard Michael Jordan in the fourth.

Current left tackle Cordy Glenn hasn't played guard since college. It's unlikely the Bengals would move Williams to a guard spot and put the rookie in an unaccustomed spot to start his career.

The coaching staff hasn't yet provided the linemen with any clues as to its plans. Players expect some experimentation in minicamp and training camp.

"Nobody knows," Glenn said. "I'm pretty sure they have a plan in place. They're probably going to move a couple of guys around and see a couple of different lineups and see what they really have and what's the best unit to put on the field."

The Bengals got Glenn in a trade with Buffalo before last season. He was limited by a back injury and started 13 games. He hasn't played guard since he was at Georgia from 2008-11. He started 14 games at left tackle his senior year in college and has stayed at that position, so a move to guard would be a major adjustment.