Andy Dalton leaves behind a complicated legacy with Bengals departure 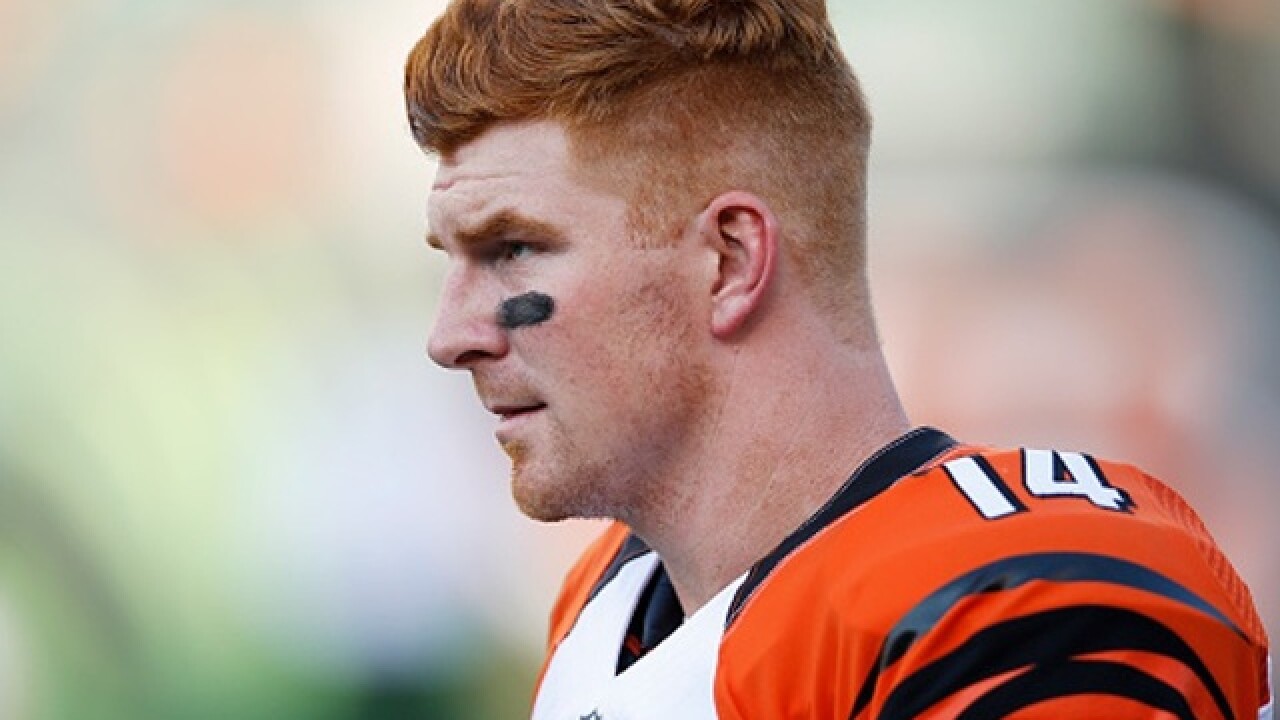 After nine seasons as the starting quarterback for the Bengals, Andy Dalton is moving on. The team has announced his release, officially ushering in the Joe Burrow era in Cincinnati.

The legacy Dalton leaves here is complicated. Statistically, he’s one of the most accomplished quarterbacks in franchise history. But he failed to win a postseason game in four trips and often saved his poorest performances for the biggest stage.

While Dalton was unfairly criticized for organizational failings that weren’t his fault, he rarely lashed out. He and his wife, Jordan, never stopped giving back to the community through the Andy & JJ Dalton Foundation, which assists medically in-need children.

When the Bengals made Burrow, the LSU quarterback and Heisman Trophy Award winner, the inevitable No. 1-overall choice in this year’s NFL Draft, Dalton’s fate was sealed.

The 2019 season was especially painful for Dalton. The Bengals finished the season 2-14, tying head coach Dick LeBeau’s 2002 team for the franchise’s worst record. Dalton was benched following a loss to the Los Angeles Rams in London, two weeks after he threw three interceptions in the fourth quarter of a loss to Jacksonville.

Dalton regained his starting role four weeks later after Ryan Finley faltered, but publicly voiced his displeasure with the Bengals organization for benching him hours before the trade deadline, thus preventing him from gauging interest from other teams.

He had one year remaining on his six-year, $96 million contract. He would have been owed $17.7 million this season.

Dalton's impact on the Bengals’ record books is undeniable.

Dalton threw a franchise-best 204 touchdown passes with 118 interceptions in his career. He ranks second all-time on the franchise list with 31,594 passing yards, behind only Ken Anderson (32,838).

He leads all Bengals QBs in fourth-quarter comebacks (20) and game-winning drives (24). Dalton was named to three Pro Bowls.

Dalton was drafted out of TCU in the second round (35th overall) in 2011 to help the Bengals recover from the messy divorce from Carson Palmer.

Depending on your perspective, Dalton's career has been a glass half-full or half-empty.

Having spelled out the half-full already, here's the half-empty:

In 2015, Dalton led the Bengals to a 10-2 record before his season ended with a broken thumb in week 14, an injury he suffered while attempting to make a tackle following an interception. At the time, Dalton had the second-best QB rating in the NFL (106.2), but he missed out on his best chance to guide the Bengals to a Super Bowl.

A.J. McCarron nearly helped the Bengals advance in the postseason for the first time under Marvin Lewis before a meltdown in the final minute against the Steelers.

Dalton was 29 of 51 passing during that defeat with two interceptions and a 67.0 rating. Many Bengals fans never forgave him.

He was 5-19 in games played in prime-time. In four postseason games, Dalton threw six interceptions and only one TD pass and completed 55.7% of his passes.

There was little fanfare surrounding Dalton’s final game in a Bengals uniform, a 33-23 win over the Browns at Paul Brown Stadium. His departure wasn’t yet official last December, but an upper-deck banner made no mention of the possibility and instead offered up a nod to Burrow. When Dalton’s name was mentioned over the PA, there were boos mixed with the cheers.

After that game, Dalton did what he has always done. He addressed the media with no vitriol. He shook hands with reporters just in case it was his final game and was offered nothing but praise from teammates.

"There's been a lot of support for me and my family from this city,” Dalton said. “not just for what we did on the field but off it. This city has meant a lot to my family."

Dalton, 32, made it clear after last season that he still wants to be a starter in the NFL. There are reports that the Patriots and Jaguars could be potential suitors.

Regardless of where he ends up, most Bengals fans already have made up their minds about Dalton. Whether he’s viewed as a disappointment or a victim of circumstance, the Katy, Texas, native made his mark.

Burrow, it’s all yours.