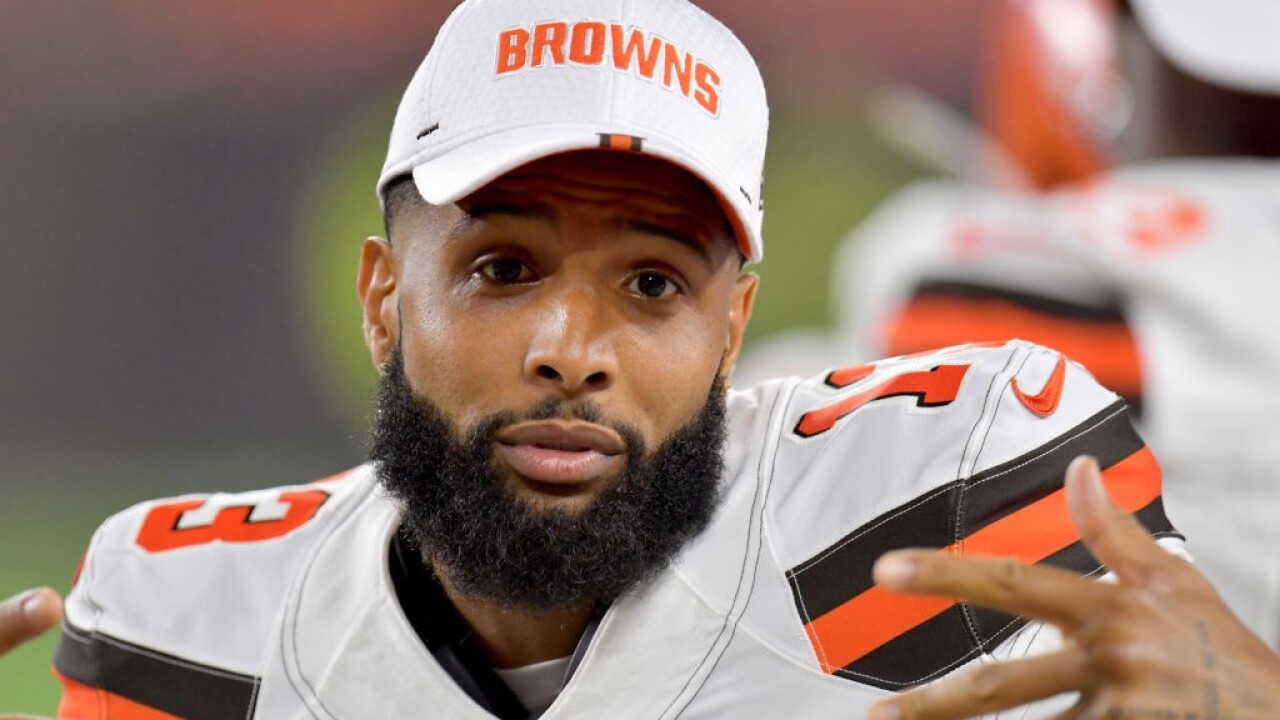 BALTIMORE — Picking the order of finish in the AFC North is as a difficult as getting a grip on a wet, bouncing football.

The division features two new coaches, a pair of gritty second-year quarterbacks, a traditional powerhouse on the rebound, and an unlikely contender that hasn’t reached the postseason since 2002.

Yes, the Cleveland Browns — two years removed from an infamous 0-16 season — are most certainly in the mix to unseat the defending AFC North champion Baltimore Ravens and capture the division crown for the first time.

“We are not backing down from anybody,” said wide receiver Odell Beckham Jr., obtained in an offseason trade with the Giants. “I love that mentality. That is all I have ever known.”

The Browns sure know a lot about losing, but that changed last season when then-rookie quarterback Baker Mayfield helped Cleveland win five of its last seven games. New coach Freddie Kitchens hopes to extend that success in a division once dominated by the Pittsburgh Steelers, who missed the playoffs and are now in full bounce-back mode.

About the closest thing to a sure bet is that Cincinnati will again finish last. The Bengals are starting anew under coach Zac Taylor, who replaced Marvin Lewis.

Pittsburgh enters 2019 without Antonio Brown, who took his seemingly endless drama and his NFL record streak of seasons with at least 100 receptions to Oakland. But there are the same old expectations following an ugly late-season collapse that forced the Steelers to miss the playoffs for the first time in five years.

Brown’s departure led to a quieter training camp, one that was met with tragedy when wide receivers coach Darryl Drake died of a heart attack on Aug. 11. The group Drake left behind has adopted one of his pet phrases — “Shut Out The Noise” — as its unofficial motto for 2019.

It’s fitting. The Steelers would prefer their play — and not their mouths — do the talking.

Wide receiver JuJu Smith-Schuster steps in as Ben Roethlisberger’s top target, and the defense is hoping first-round pick Devin Bush can provide the kind of spark at inside linebacker the team has lacked since Ryan Shazier suffered a spinal cord injury in December 2017.

Coach Mike Tomlin’s seat isn’t hot, but the decision to sign him to a one-year extension through 2021 (with an option for a second) instead of something longer sent a message that being a contender might not be good enough.

Believe the hype: The Browns are loaded with talent, and a legitimate playoff contender.

Mayfield, who began his pro career sitting behind Tyrod Taylor, broke Peyton Manning’s NFL rookie record with 27 touchdown passes, and with Beckham and Jarvis Landry as targets, he could go well beyond that TD total in 2019.

There is immediate pressure on Kitchens, who began last season as running backs coach before an impressive run as interim offensive coordinator landed him the top gig. Kitchens has never been a head coach at any level, but his Southern charm and outgoing personality have allowed him to connect deeply with his players.

Cleveland’s defensive line could be the team’s greatest strength, and Pro Bowl defensive end Myles Garrett might be on the verge of becoming the league’s most unstoppable force.

The Ravens won last year with defense and behind the arm, and mostly legs, of rookie quarterback Lamar Jackson.

Jackson ran for 695 yards and led Baltimore to a 6-1 finish before being bottled up by the Los Angeles Chargers in the playoffs. For the Ravens to reach the postseason in Jackson’s second season, the 2016 Heisman Trophy winner will have to show the opposition he’s as much a threat to pass as run.

The addition of free agent running back Mark Ingram should enhance a run-first attack that worked well for Baltimore in 2018, and top draft pick Marquise Brown provides Jackson a speedy deep option.

After a 4-1 start last season, Cincinnati finished last for the first time since 2010.

Taylor will be working with a set of mostly inexperienced coordinators. The main focus is all the change: Taylor plans to call plays in addition to being a first-time head coach.

The offense was among the league’s worst for the second straight season, with quarterback Andy Dalton and receiver A.J. Green missing significant time with injuries.

Oh, and the defense was among the worst in franchise history.

This year hasn’t started much better. Green tore ligaments in his left ankle during the first training camp practice, had surgery and will miss the start of the season. First-round pick Jonah Williams hurt his shoulder and will miss the entire season, and fellow offensive lineman Clint Boling retired shortly before the start of camp because of a blood clot.