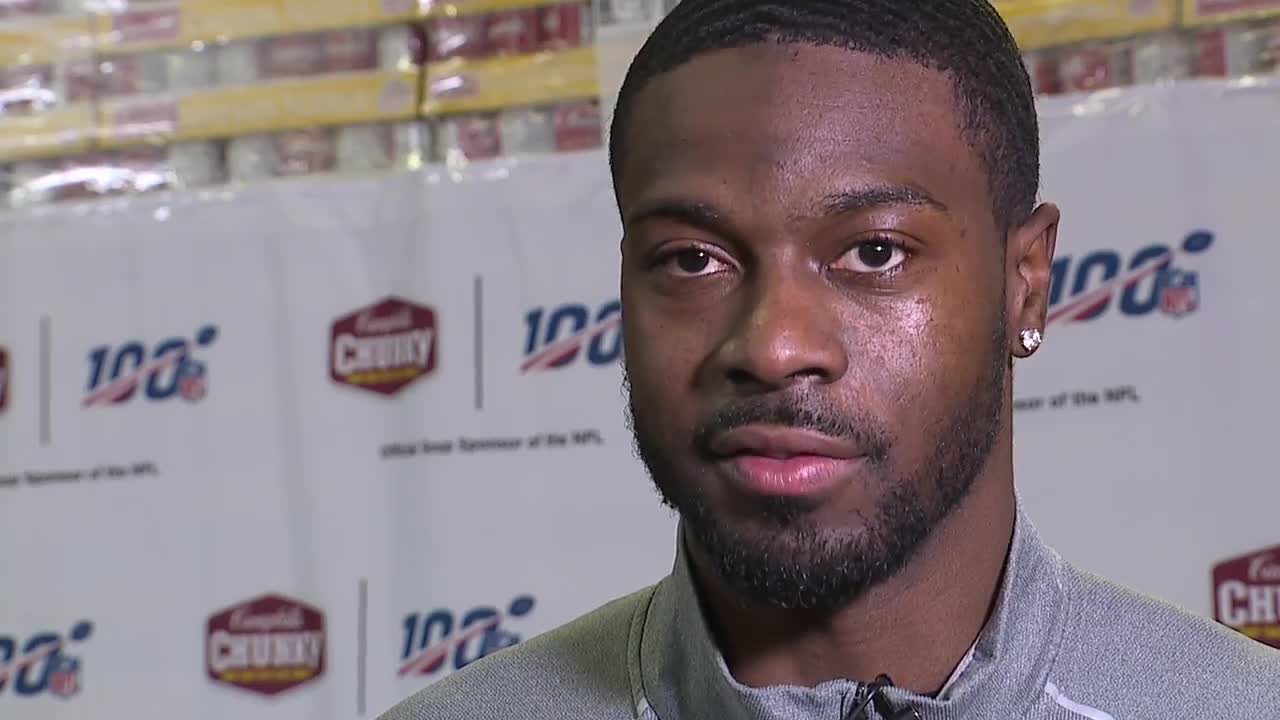 While volunteering at Freestore Foodbank on Thursday, Cincinnati Bengal A.J. Green shares his hopes for the Pro Bowl, the NFL Draft and the 2020 season with WCPO's Keenan Singleton. 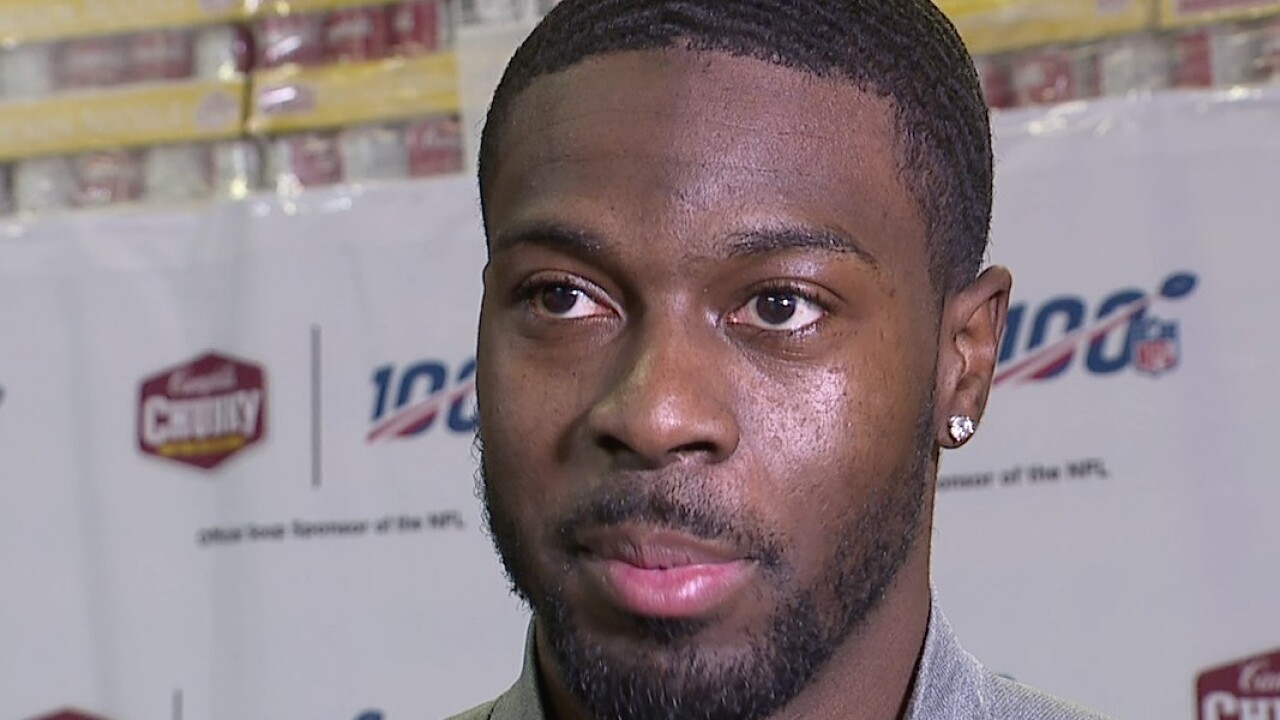 CINCINNATI — Vince Tobin isn’t the only important Bengals voice not jumping on the Joe Burrow bandwagon yet.

Like the club’s director of player personnel, seven-time Pro Bowl receiver A.J. Green says the Bengals should be patient and exercise due diligence before settling on the LSU quarterback - or anybody else - as the No. 1 pick in the NFL draft.

Asked which player he wants the Bengals to take, Green said he’d leave that to Tobin, coach Zac Taylor and the club's brain trust.

“I don’t know, man. There’s a lot of good guys out there. You got to watch the tape. You got to see what’s best for your franchise,” Green said Thursday after helping a food drive at the Freestore Foodbank.

“Everybody’s thinking a quarterback, but we don’t know. Still a long way to go, man. Still got to evaluate these guys – what they’re like off the field and stuff like that. I don’t want to be doing that ... I just want to play football,” Green said.

.@ajgreen_18 & the La Salle High School Football team joined @CampbellsChunky & @Kroger to present over 50,000 bowls of soup to the @FreestoreFB as part of this season’s #TackleHunger campaign! pic.twitter.com/tpraqHL5F4

Green, who missed the entire 2019 season with an ankle injury, said his main concern is getting healthy and staying healthy. As always, he said he wants to complete his career in Cincinnati.

The 31-year-old free agent no longer sounded bitter that the Bengals haven’t offered him a long-term contract. He even seemed resigned to wearing the franchise tag and taking $18 million for 2020.

With 63 touchdown catches, Green is just four away from passing Chad Johnson to be the Bengals’ all-time leader. But Green needs 150 catches to reach 752 and pass Johnson in that department.

No matter who becomes the No. 1 pick, Green said he expects the Bengals to be “much better” than 2-14 next season.

“Like I tell everybody, if I was playing, we wouldn’t go 2-14,” Green said. “I feel like we’ve got a lot of great pieces – young pieces that stepped up toward the end of the season.”

It was an unusual place for an NFL star to be on a cold winter’s morning, far away from his Atlanta home. But Green said he was “happy to give back” and to “have an impact off the field as much as on.”

“The biggest thing for me is always giving back. I was blessed to be put in this position,” Green said.