49ers enjoying week's stay in Youngstown before playing in Cincinnati 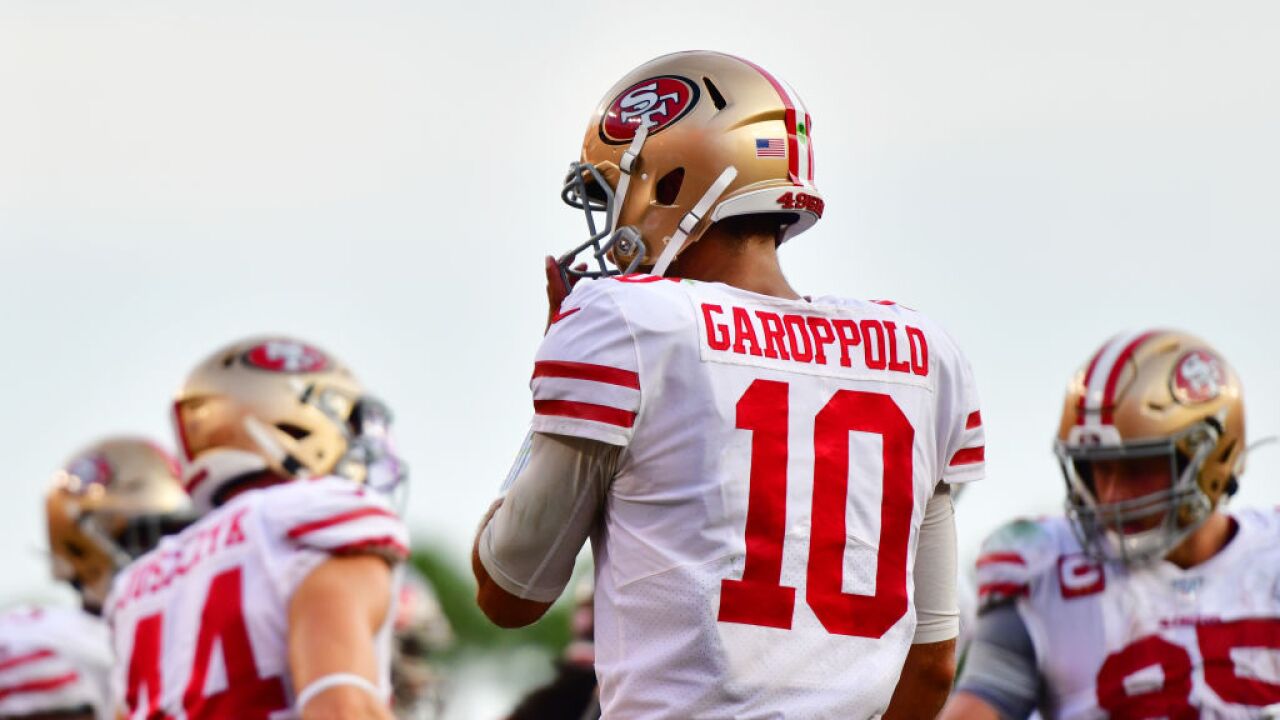 Four days into their stay, the four-time Pro Bowl cornerback was singing a different tune.

"My kids keep telling me they're mad that I left them in Santa Clara, but it's worked out great for our team," Sherman said Thursday after a two-hour afternoon practice at Youngstown State. "In terms of bonding, adjusting our body clock and the time change, it's really going to help all of us on Sunday."

The 49ers traveled to Northeast Ohio following their 31-17 victory Sunday at Tampa Bay — instead of flying cross country from Florida and back — and will visit the Bengals in Week 2. They haven't opened a season with back-to-back road wins in 30 years.

San Francisco's previous 2-0 start occurred in 2012, coincidentally the last time it visited Youngstown State. Current 49ers CEO Jed York was raised in the city and longtime owners the DeBartolo-York family are synonymous with the Mahoning Valley.

"Our owners are from here and they've opened up everything for us, so we're enjoying it," cornerback Ahkello Witherspoon said. "It's almost been like normal with the same shing-ding we do in Santa Clara, except having to get up when it's like 4 in the morning at home. But even that's good because we'll be ready for it when we get to Cincinnati."

University officials welcomed the 49ers to campus, giving them locker rooms at Stambaugh Stadium, access to their weight-training area and the ability to hold three practices at their soccer and outdoor track stadium.

Though the Penguins compete at the FCS level, their athletic facilities are on par with many mid-major NCAA programs.

"I've told some of the guys, this isn't your normal Division I-AA looking school, that's for sure," quarterback Jimmy Garoppolo said. "I've been to a number of them and the stadium, weight room, whatever we've seen here, it's pretty impressive. The whole week, it's been good."

The business trip also has been a homecoming for fullback Kyle Juszczyk, a high school football standout at Lodi Cloverleaf, 75 miles to the west in a largely rural community.

The three-time Pro Bowl selection met his brother for lunch on the Niners' day off and has been his teammates' go-to guy with questions about the myriad differences between Ohio and the congested Bay Area.

"They've been joking about there being every kind of chain restaurant here, how far apart everything is spaced and the amount of farmland they've seen," Juszczyk said. "I've had to stick up for myself a lot, but it's been a nice opportunity for all of us and it's always nice to come home."

The 49ers were scheduled to check out of their hotel in suburban Boardman on Friday morning, then practice for the final time at Youngstown State before boarding a mid-afternoon flight to Cincinnati.

It wouldn't be surprising if Garoppolo stops at his new favorite ice cream parlor or tight end George Kittle picks up a box of chicken on their way out of town.

"Youngstown State has been awesome and the Holiday Inn has been incredible, just a great week," Iowa product Kittle said, breaking into a smile. "The best part of being back in the Midwest is you have every chain restaurant you could imagine here. Now, I'm not saying I've eaten at them all, but it's nice just to know they're there for you."

NOTES: Rookie DE Nick Bosa (high right ankle sprain) did not practice for the second straight day, but defensive coordinator Robert Saleh said he could play against the Bengals. The No. 2 overall pick from Ohio State sat out the preseason with the injury and had a sack at Tampa Bay. "He's working with the performance staff trying to get ready for Sunday, so we'll see," Saleh said. "Nick is a football junkie, so I know he's going to look hard at the tape from last week. I'm sure his pops also looks at the tape and I'm sure his brother (Chargers DE Joey Bosa) will look at the tape." ... WR Jalen Hurd (back), RB Tevin Coleman (ankle), WR Trent Taylor (foot) remain out. S Jimmie Ward (right ring finger surgery) was limited.