0-3 Steelers, 0-3 Bengals desperate to save their seasons on Monday Night Football 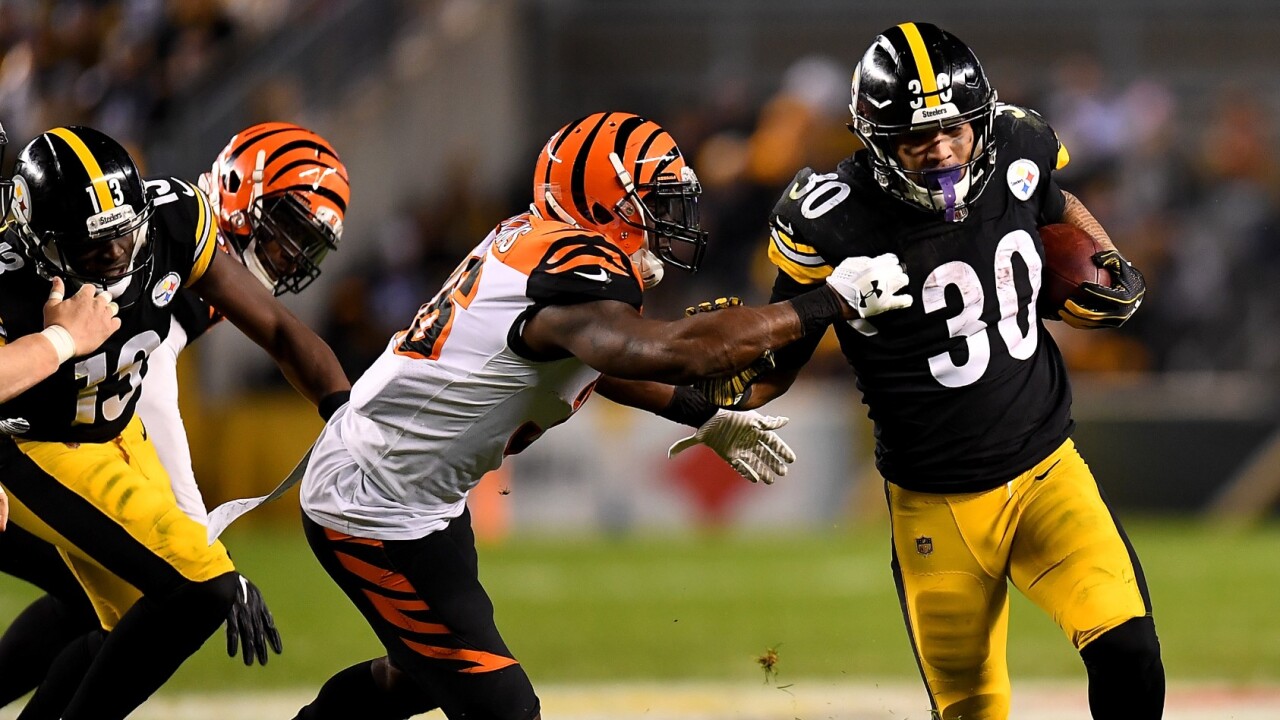 PITTSBURGH — The familiar faces that fueled the hostility between the Pittsburgh Steelers and Cincinnati Bengals are gone.

Vontaze Burfict is in Oakland. Adam “Pacman” Jones is retired. George Iloka is looking for work.

Antonio Brown is off being Antonio Brown, stuck in self-induced NFL purgatory after flaming out in three cities in the span of six months. Le’Veon Bell took a year off, then took the New York Jets’ money. Joey Porter is out of coaching. Ryan Shazier’s career is on hold after a spinal injury.

Their absence likely means the bad blood between both sides has subsided. That’s probably a good thing considering the current state of both teams. The Steelers and Bengals are a combined 0-6 heading into Monday night’s meeting in Pittsburgh.

“Both of our backs are against the wall, which is kind of sad at this point of the season,” Pittsburgh guard David DeCastro said. “It will make for some good football, that’s for sure. We both need a win very bad.”

The winner can at least point toward a bit of forward momentum heading into October, while the loser will be all but eliminated from AFC North contention with the leaves still on the trees.

While the Bengals began the season with modest expectations under first-year coach Zac Taylor, the Steelers figured to be in the mix with Baltimore and Cleveland. Ben Roethlisberger’s season-ending right-elbow injury and a defense that’s been unable to get critical stops has Pittsburgh facing just its second 0-4 start since 1968.

No wonder Pittsburgh head coach Mike Tomlin is, as he put it this week, ticked off. Taylor isn’t quite there yet with his team, though he’s also well aware of the weight facing the Steelers still carries regardless of the faces or the stakes.

“I certainly watched my fair share of games this offseason, trying to prepare myself for what’s in store in this division,” Taylor said. “You get a pretty good sense of the feelings here. People aren’t shy when you’re out in the community in the offseason letting you know their thoughts on the Steelers.”

The noise will almost certainly get louder on Tuesday morning if the Bengals can’t find a way to win in Pittsburgh for the first time since November 2015.

Cincinnati’s biggest issue has been a nearly nonexistent running game that’s forced Andy Dalton to carry almost the entire load. It was a bit better during a 21-17 loss at Buffalo , with Joe Mixon running for 61 yards and catching two passes for 34 yards and a touchdown. Mixon came into that game averaging 1.6 yards per carry. The Bengals will try to get the running game going to keep Pittsburgh’s defense from locking in on Dalton.

IN A TIGHT SPOT

A week after starting safety Minkah Fitzpatrick just days after acquiring him in a trade with Miami, the Steelers are giving another new arrival a crash course with plans to immediately throw him into the fray. Pittsburgh sent a fifth-round pick in the 2020 draft to Seattle for tight end Nick Vannett. Pittsburgh is in need of help at tight end with Vance McDonald nursing a left arm injury and Xavier Grimble on injured reserve with a calf problem.

Mason Rudolph overcame some early nerves to throw for 174 yards and two touchdowns in his first NFL start against San Francisco . The Steelers actually had the ball and the lead late in the fourth quarter before James Conner’s fumble set up San Francisco for the winning touchdown. It was the second time the 49ers turned short fields courtesy of Pittsburgh turnovers into touchdowns. If those drives end in field goals instead, the Steelers aren’t winless.

“When you have a guy in there, first time starting, you want to do everything you can to support him and make his job a lot easier,” linebacker T.J. Watt said. “Any way we can do that defensively, we’re definitely going to try and do that. We’ve just got to do more of it.”

The Bengals play the team that has dominated them, on the stage where they’ve been at their worst. The Bengals have lost eight straight and 11 of 12 against their AFC North rival. Oh, and the Bengals are 6-15 in prime-time games since 2011, when Andy Dalton was a rookie, including 2-5 on Monday night.