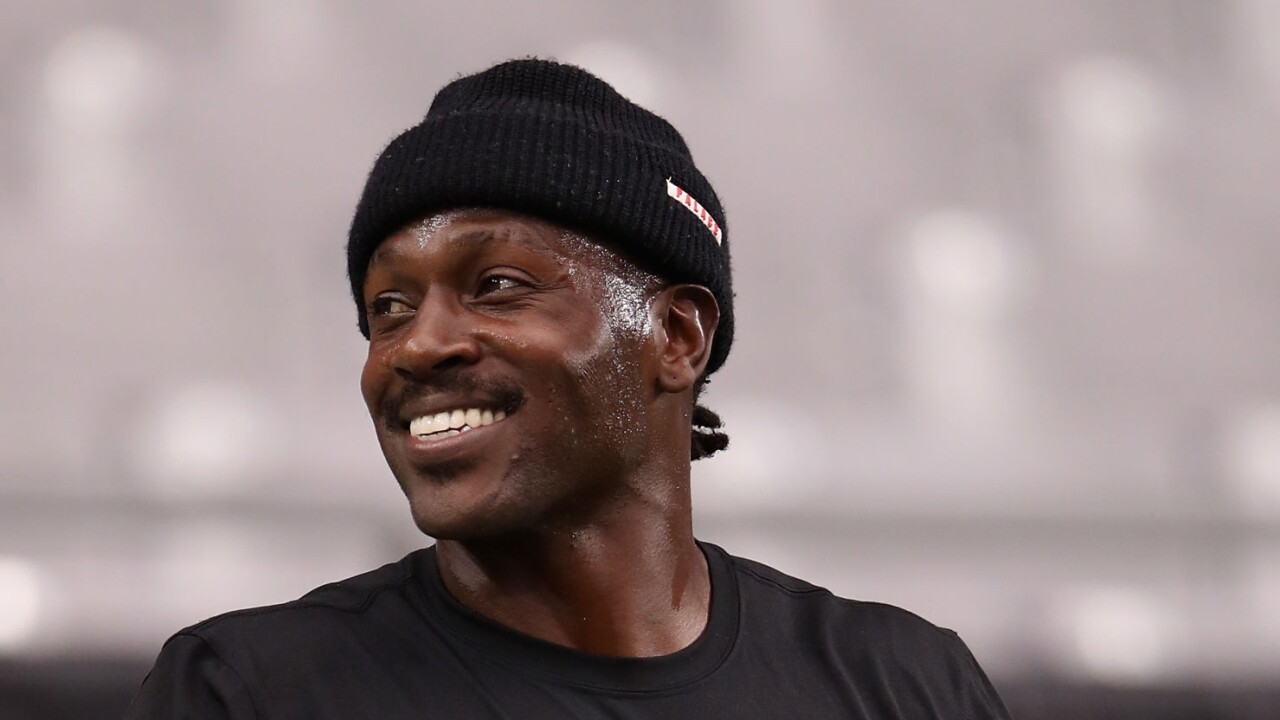 Christian Petersen
GLENDALE, ARIZONA - AUGUST 15: Wide receiver Antonio Brown #84 of the Oakland Raiders warms up before the NFL preseason game against the Arizona Cardinals at State Farm Stadium on August 15, 2019 in Glendale, Arizona.

The NFL plans to meet Monday with a woman who says she was raped by New England Patriots wide receiver Antonio Brown.

Britney Taylor accused Brown of rape and sexual assault in a federal lawsuit filed Tuesday in the Southern District of Florida. Brown has denied the allegations by his former trainer.

Taylor said Tuesday in a statement she will cooperate with the NFL and any other agencies.

Darren Heitner, a lawyer representing Brown, said Brown and Taylor had "a consensual personal relationship." He told the AP on Tuesday his client plans to countersue.

Brown made a big splash in his Patriots debut, catching a 20-yard touchdown pass from Tom Brady late in the first half at Miami. Brown celebrated by leaping into the first row of the stands.

He led the Patriots with four catches for 56 yards at halftime, and they were ahead 13-0.

Brown suited up wearing No. 17 after he wasn't placed on the commissioner's exempt list.

No criminal charges have been filed and the NFL hasn't fully developed its investigation, so Brown was able to play for the Patriots, who acquired him after him requested and got his release from Oakland.

The AP does not typically identify people who say they are victims of sexual assault unless they come forward publicly. Taylor was identified in the federal lawsuit and was quoted in a statement provided by her lawyer, David Haas.

"As a rape victim of Antonio Brown, deciding to speak out has been an incredibly difficult decision," Taylor said. "I have found strength in my faith, my family, and from the accounts of other survivors of sexual assault. Speaking out removes the shame that I have felt for the past year and places it on the person responsible for my rape."