'To continue that chemistry is ... important' 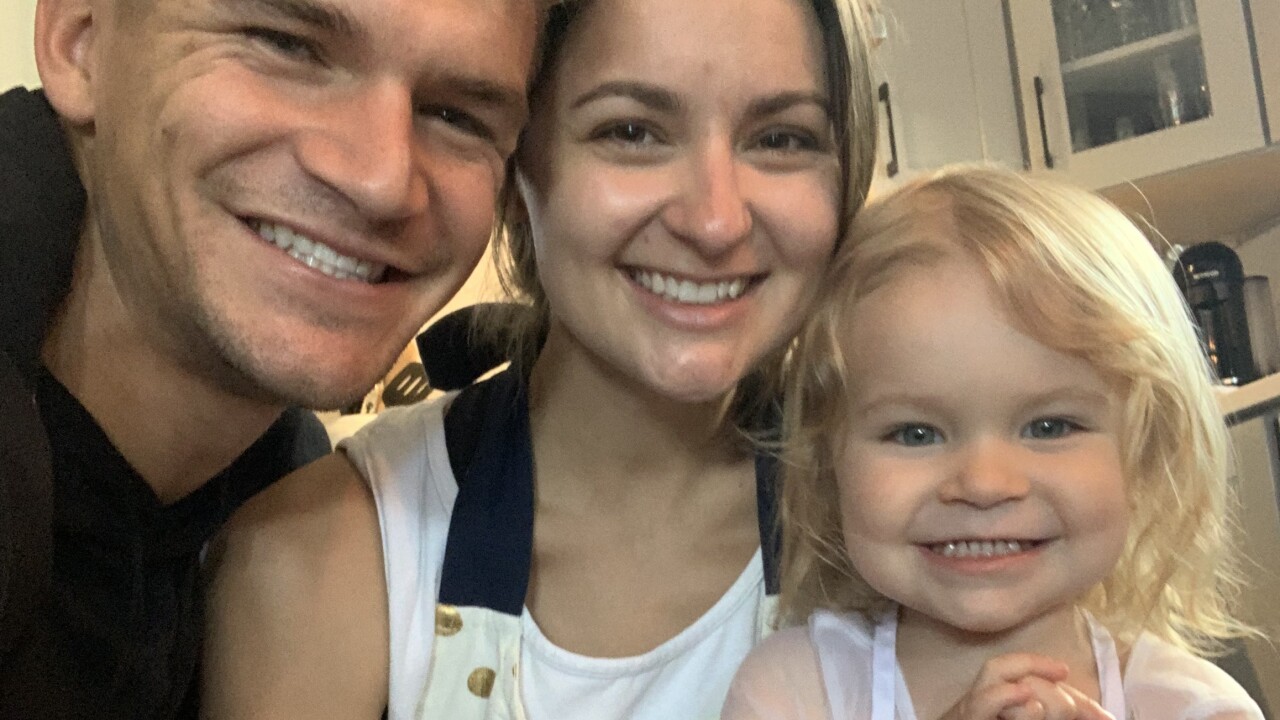 Provided
FC Cincinnati center back Nick Hagglund is known as the team jokester during players&#39; regular WhatsApp chats during the coronavirus lockdown, often sharing funny clips of his dauhter, Eloise. 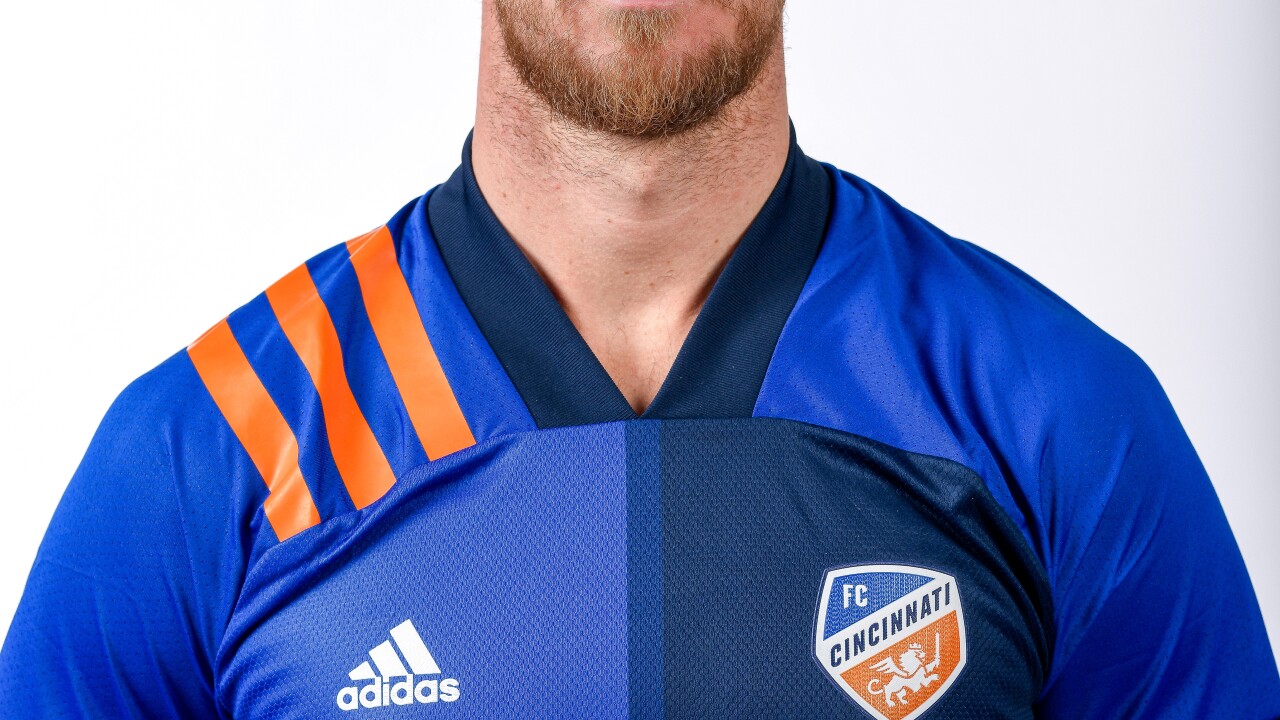 CINCINNATI — Maikel van der Werff said it’s not unusual to check his phone these days and find it has blown up with messages on WhatsApp, most of them as part of a group chat with his FC Cincinnati teammates.

The 30-year-old center back doesn’t always have time to look at texts while occupying his two young kids, but the messages provide a bit of comic relief during these strange times away from professional soccer.

It has been more than a month since Van der Werff last saw his team in person after Major League Soccer and much of the world shut down because of the coronavirus pandemic. FC Cincinnati has stayed close, though, through the group chat and other technology.

The messages might seem silly, but for players who feel cooped up and at times bored without a normal routine, hearing from their teammates provides a mental and emotional boost.

WhatsApp is a cross-platform messaging and Voice over Internet Protocol service owned by Facebook that allows users to send text and voice messages, make voice and video calls and share images and other media. It’s a free way to connect internationally, and with many players on the team coming from overseas, it is the easiest way for them to communicate universally.

Most of the messages FC Cincinnati players send are jokes or banter among themselves. Van der Werff’s signature contribution to the group, according to left back Andrew Gutman, is to send golf videos to prank his teammates when he knows they are teeing off on a course.

Fellow center back Nick Hagglund is known as the team jokester, though.

“I would say that I'm maybe not funniest, but most self-deprecating, which leads to people laughing, so … I'm willing to send the joke,” Hagglund said. “I always say when it comes to my humor, I'm like quantity over quality. I'm just going to keep shooting them out and eventually I'm going to land one, you know, so I always land one eventually, so people think I'm funny.”

Hagglund has a 2-year-old daughter that he entertains, and often that turns into entertainment for his teammates as well. It’s not unusual for him to send videos of him and little Eloise, like the time he held a tortilla above her head for her to try to catch and it hit her in the face.

It was “hysterical,” Hagglund said, so he sent that out.

Recently, the team did a group challenge to see who could do 100 push-ups the fastest. Hagglund responded with a full video of his efforts, while everyone else just sent in their times. It quickly turned into a rag fest.

“As people are coming in, you know, people are saying that I'm weak and, you know, just a little banter here and there, just to brighten people's day,” Hagglund said. “It was fun. It was a fun day of just, like, seeing what people were saying, you know, about each other and just messing around.”

The messages come in throughout the day, and the night owls of the team are sometimes still sending messages at 1 a.m.

“You just try to put some positivity out into the group chat,” 21-year-old forward Brandon Vazquez said. “You know, everybody's cooped up, so I feel like everybody's a bit on the edge, not knowing what's gonna happen. You kind of, I don't know, just try to keep people from being bored, so I feel like I'm always responding to Nick's banter as well on the group chat. I think it's always good to have a little fun there.”

Vazquez, who is new to the team this year after three years with Atlanta United, said he normally is a homebody, but not even having training to go to is driving him crazy. His girlfriend is with him during lockdown, so that helps, too. They spend their days watching movies, playing video games, doing puzzles and whatever else they can think of for entertainment while stuck in an apartment most of the time.

The group messages are another source of entertainment for him. Hagglund said Vazquez isn’t usually one to start a conversation, but he responds with a quick one-liner, meme or GIF.

Veteran left back Greg Garza said he worries about the mental and emotional state of the single guys on the team and those without kids, especially, so the group messages are important to keep in touch. He has three kids, including a newborn, so he’s plenty occupied but wonders how others stay busy.

“That's where we're all getting a little laugh of being able to make fun of each other and just, you know, throw some jokes out there and probably keep all the young guys and everyone that's probably single and by themselves, try and keep them as sane as possible right now,” Garza said. “… I think about people that live by themselves in an apartment. You know, that's probably where you're probably finding a bit more trouble and not much life around you. So, you know, I think the group chat is one way that we were able to joke around with each other to laugh a bit with each other and, you know, just make sure everybody is on the same page.”

Group texting is good for team chemistry, too. Gutman and Garza both said it felt like the team was getting into a good rhythm when MLS shut down March 12, and now that is evident in how well the players communicate during this time away.

“I think it's just been a good thing for us to ... keep that team chemistry within everything of what we're going through,” Garza said.

“I think that's probably very important in most teams to where you're away from everyone. We're used to seeing each other every single day. I mean, we see each other more than we see the people that are around our houses when we're at training. So, you know, I think for us to continue those relationships and to continue that chemistry is something pretty important.”