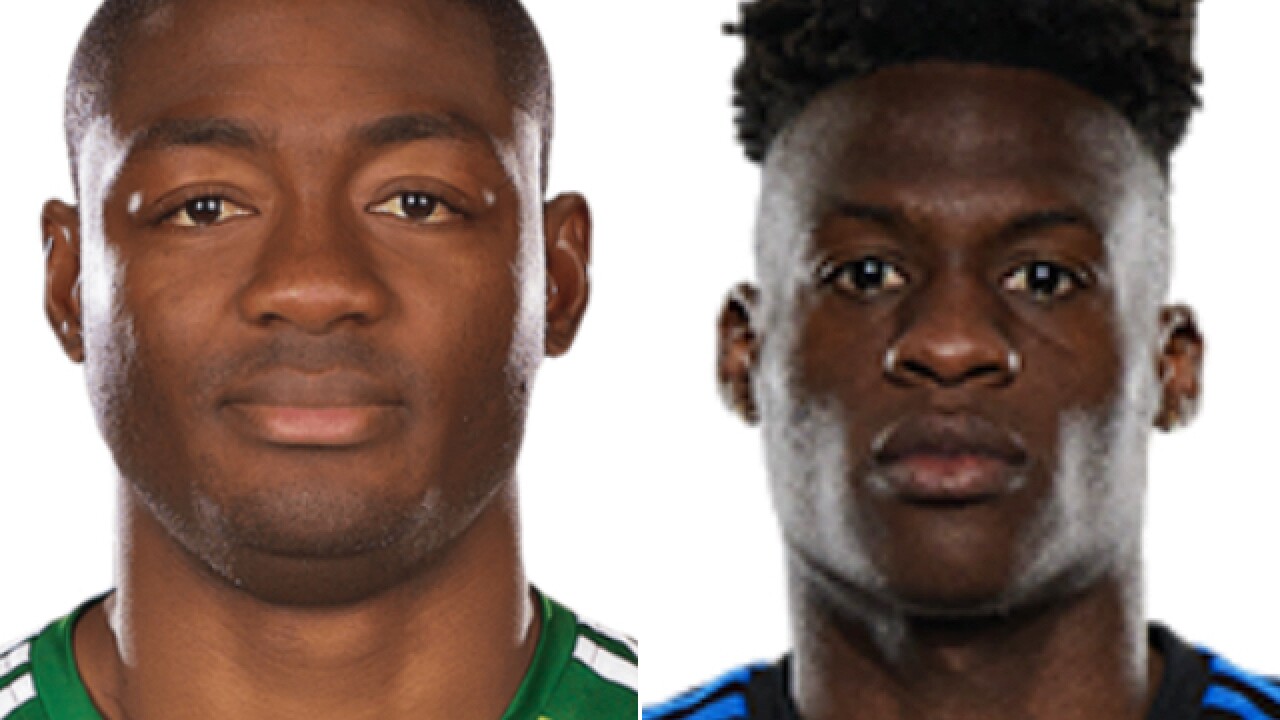 Copyright 2018 Scripps Media, Inc. All rights reserved. This material may not be published, broadcast, rewritten, or redistributed.
<p>MLS players Fanendo Adi and Fatai Alashe are joining FC Cincinnati, according to soccer media reports.</p>

FC Cincinnati is getting a head start on filling its Major League Soccer roster for next year by bringing in two MLS stars now to finish the current USL season, according to soccer media

ESPN soccer commentator Taylor Twellman was first to report on Twitter that FC Cincinnati has signed Fanendo Adi from the Portland Timbers and Fatai Alashe from the San Jose Earthquakes.

Adi, a 27-year-old high-scoring striker from Nigeria, scored the winning goal in the Timbers’ 2-1 victory over the Houston Dynamo Saturday night. Adi was Portland's second-highest paid player ($1.275M base).

Alashe, a 24-year-old defensive midfielder from Northville, Michigan, was the No. 4 overall pick in the 2015 MLS SuperDraft. He made a $107K base salary from San Jose.

Hearing @fccincinnati will announce 2 new signings from @MLS ...Fanendo Adi & Fatai Alashe will be in Cincinnati to finish the 2018 @USL season. #MLS #MLSALLSTAR

Both players have recently found playing time harder to come by under new coaches, according to a story on MLSsoccer.com but they will bring major-league skills and experience to FC Cincinnati.

Adi had 54 goals and 14 assists in five regular seasons, plus two goals and an assist in Portland's run to the 2015 MLS Cup. He was a Timbers' mainstay from his signing in June 2014 through the 2017 season. Under a new head coach ths year, he was limited to 823 minutes in 14 appearances.

Alashe was an Earthquakes' regular in his first two years in the league, 2015-16. He recently was the center of a sideline argument with manager Mikael Stahre following his substitution.

FC Cincinnati is leading the USL standings in its third season, but it’s still looking for its first playoff win.