Not when they've got Emmanuel Ledesma 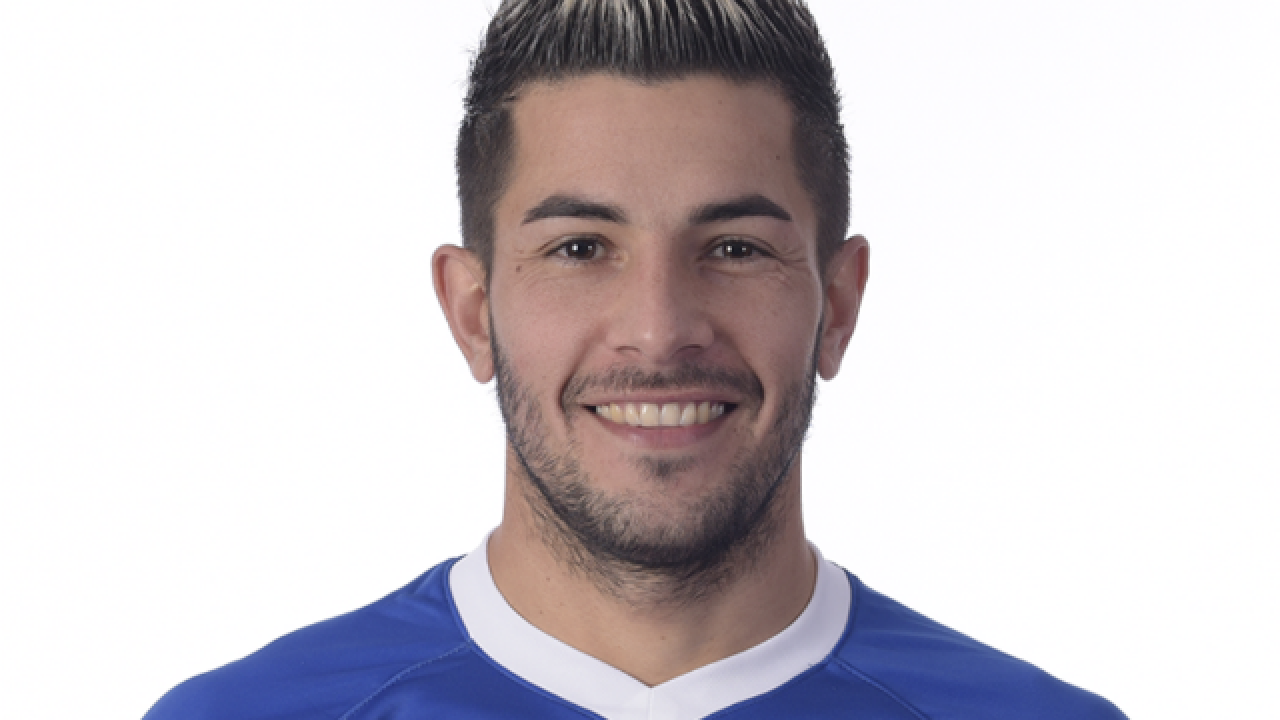 Copyright 2018 Scripps Media, Inc. All rights reserved. This material may not be published, broadcast, rewritten, or redistributed.
<p>Emmanuel Ledesma</p>

ST. PETERSBURG, Fla. – The way league leader FC Cincinnati has been dominating for the past three months, maybe the United Soccer League should make them play a man short all the time.

But as the Orange and Blue proved Saturday night, that might not make any difference. Not as long as they’ve got Emmanuel Ledesma.

Ledesma scored from the penalty spot in the second minute and the 86th minute, and the Orange and Blue beat the Tampa Bay Rowdies 2-1 despite playing a man down for  the final 28 minutes of the match.

With the win, FC Cincinnati (17-3-6, 57 points) extended its club-record unbeaten run to 15 games (11-0-4) dating back to June 2. FC Cincinnati is now unbeaten in three consecutive months for the first time in club history.

Coach Alan Koch said it wasn’t his team’s best game, but he applauded his players for finding a way to win considering its was their third game in eight days.

“We didn’t play very well tonight. It’s tough to put three quality performances in in the space of a short amount of time, and then too with the last two games being on the road,” Koch said, “but the guys showed their spirits to go out and get a result and obviously dealt with … that was a very, very interesting game.

“Tonight’s performance in terms of how we played was not good; in terms of the character, it was very good to get that result.”

Koch questioned Blake Smith’s second yellow card for time wasting that got him ejected in the 62nd minute.

Goalkeeper Evan Newton called it a “big character win tonight,  especially with getting kind of a fluke red card.”

It only took 30 seconds for FC Ledesma to score. Jimmy McLaughlin was brought down inside the 18-yard box, and Ledesma converted his 12th goal of the season.

The Orange and Blue conceded a goal to Kwadwo Poku in the 75th minute, but FC Ledesma got that back just 10 minutes later.  After Pa Konate drew a penalty, Ledesma placed the ball inside the right post to earn his third brace of the season.

After serving as backup goalkeeper for the last three games, Newton stopped five shots to get his 10th win of the season.

Newton said the field was soggy after a pre-game storm that delayed the start for an hour.

“For the conditions, the pitch was really nice, but obviously, still pretty soggy. From a delay standpoint, not too bad,” Newton said.

FC Cincinnati’s next game is against Pittsburgh Riverhounds SC at Nippert Stadium on Saturday, Sept. 1. Kickoff is 7:30 p.m.