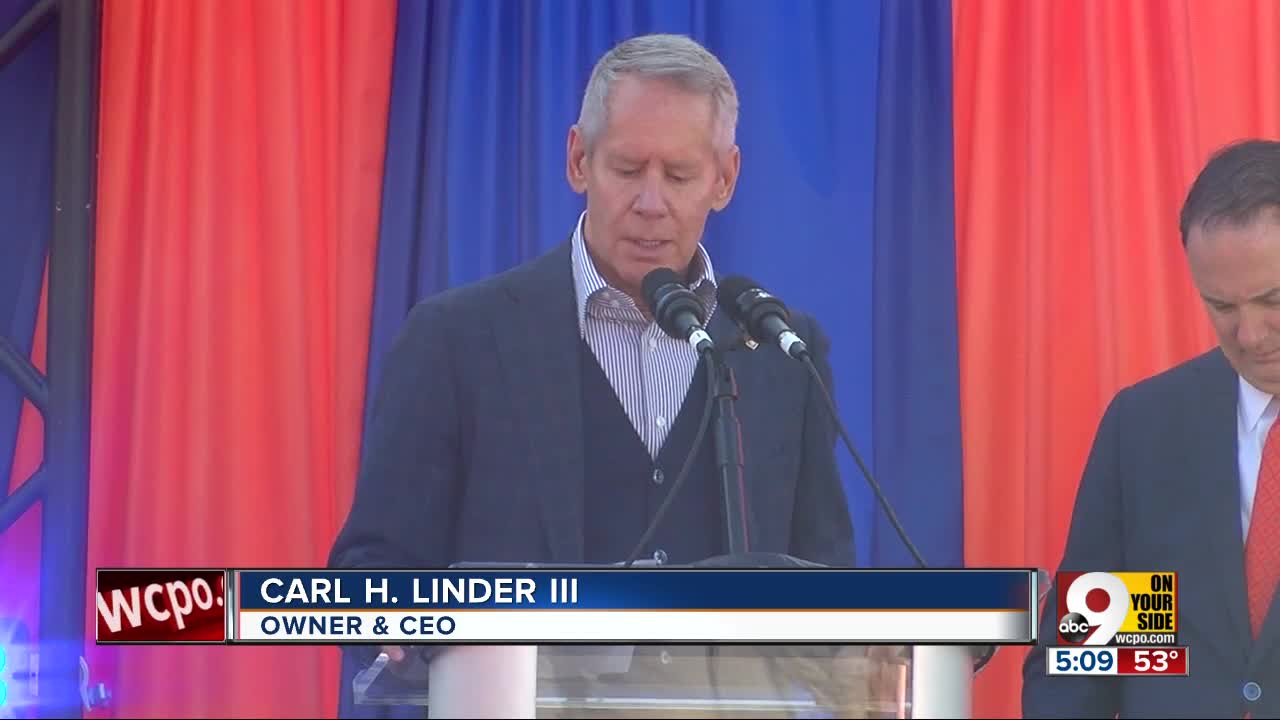 FC Cincinnati officially opened its new training facility in Milford on Wednesday, and even Major League Soccer commissioner Don Garber considers it among the best of its kind in North America. 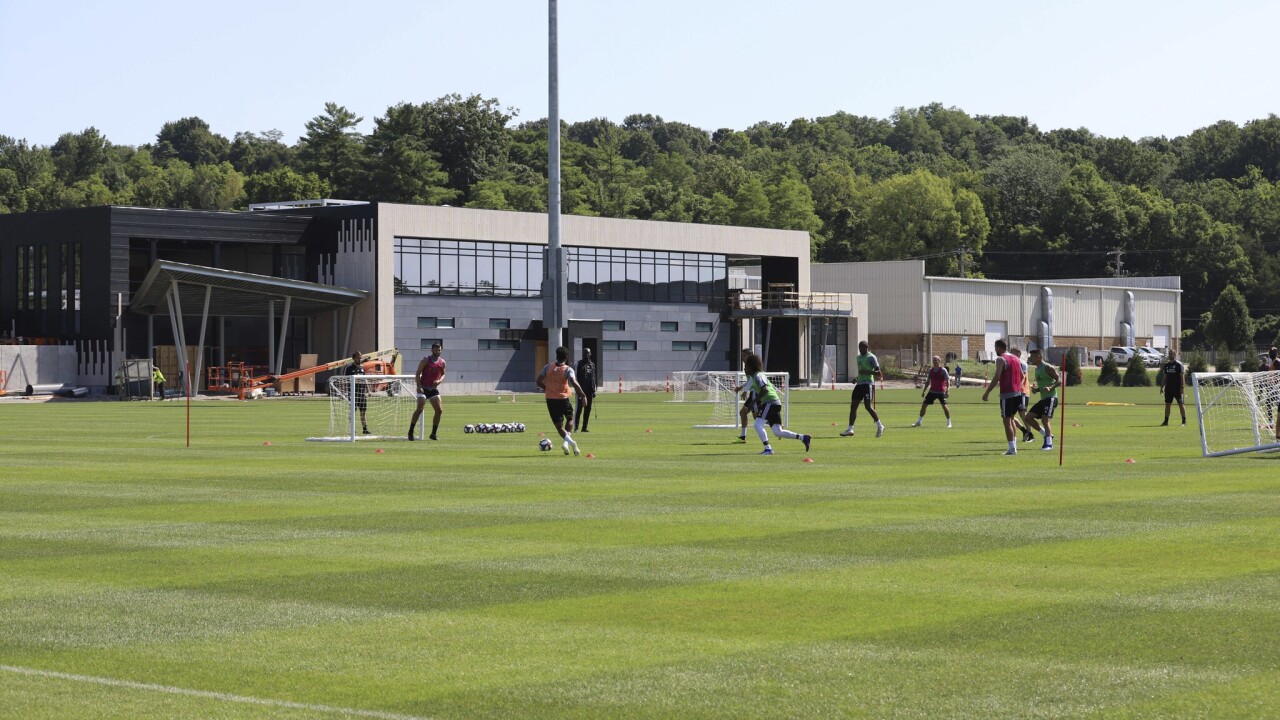 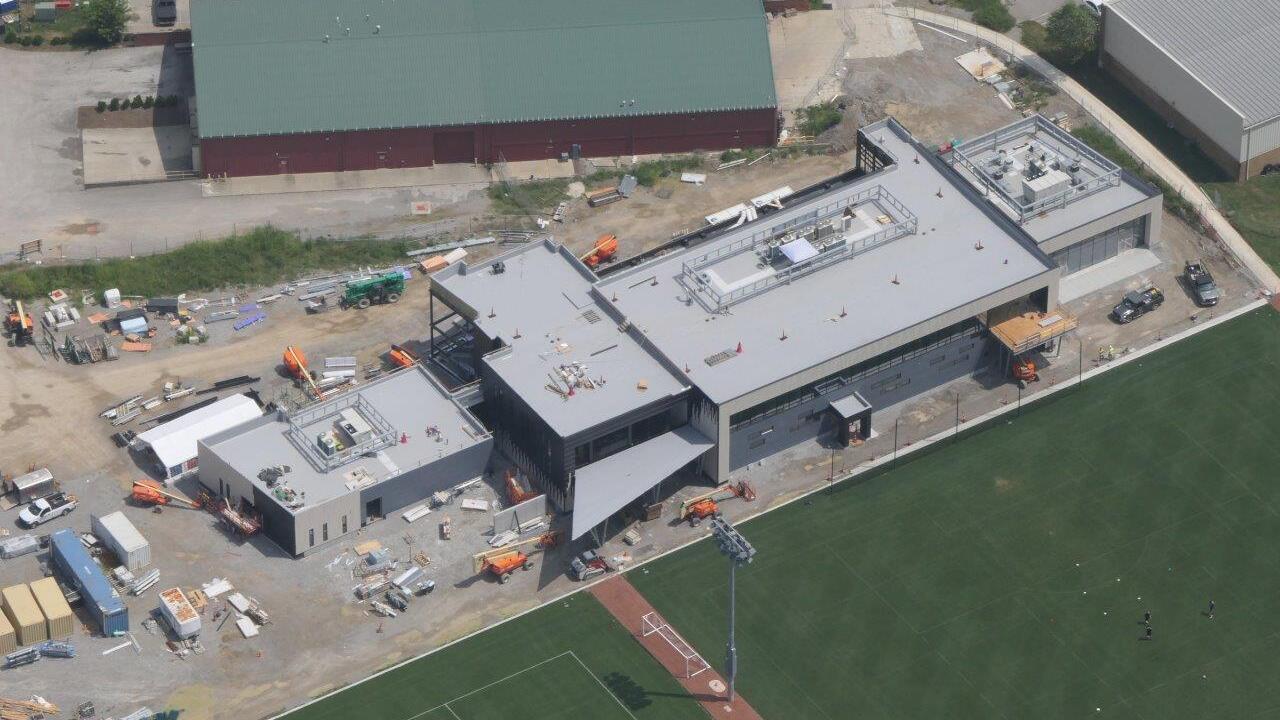 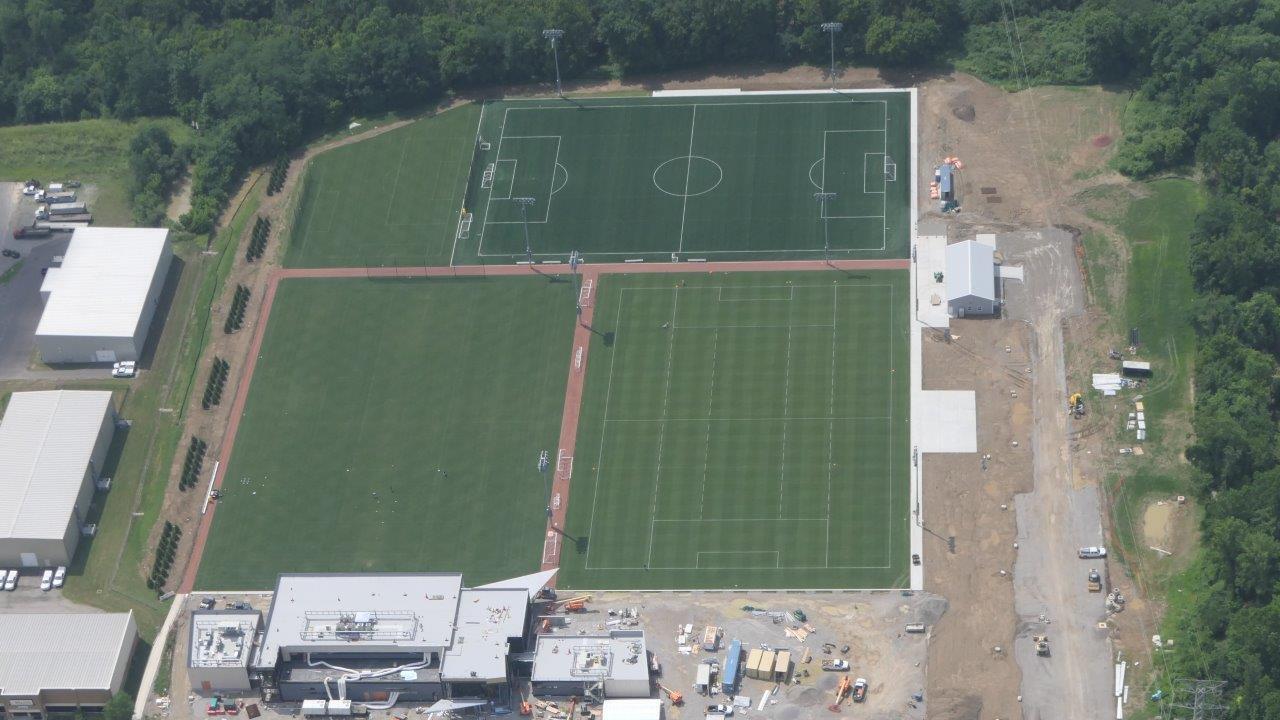 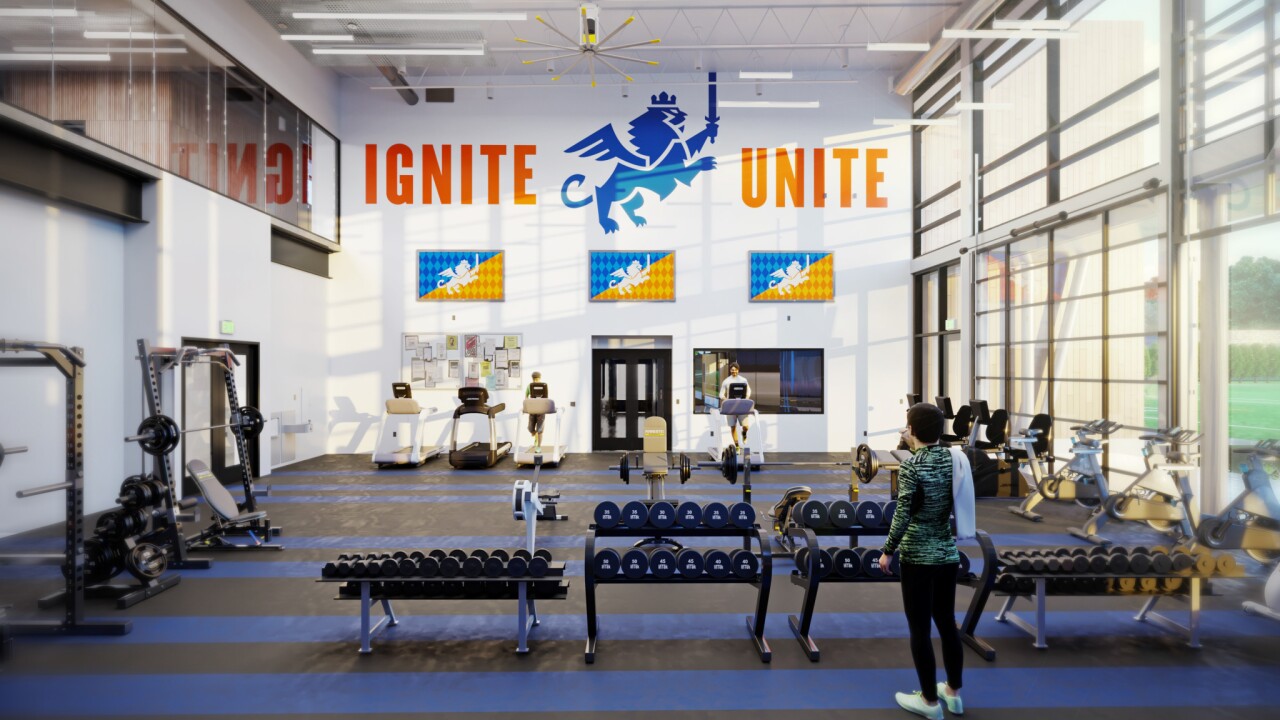 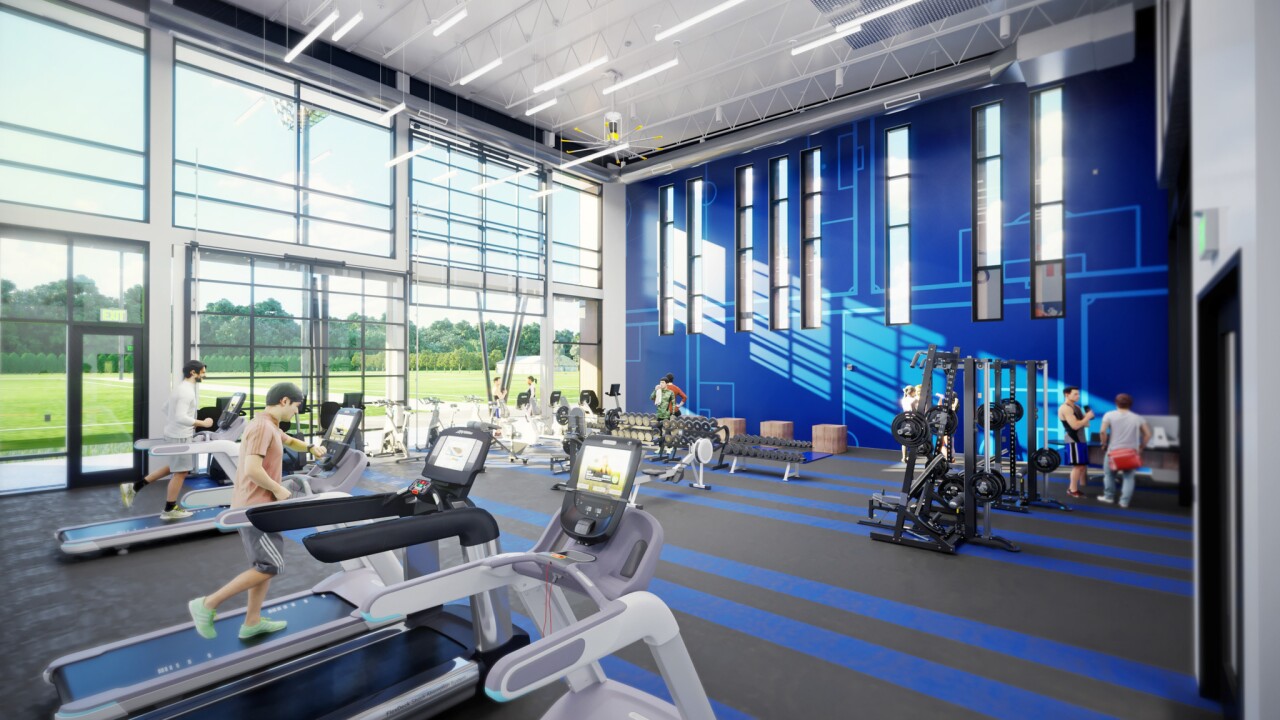 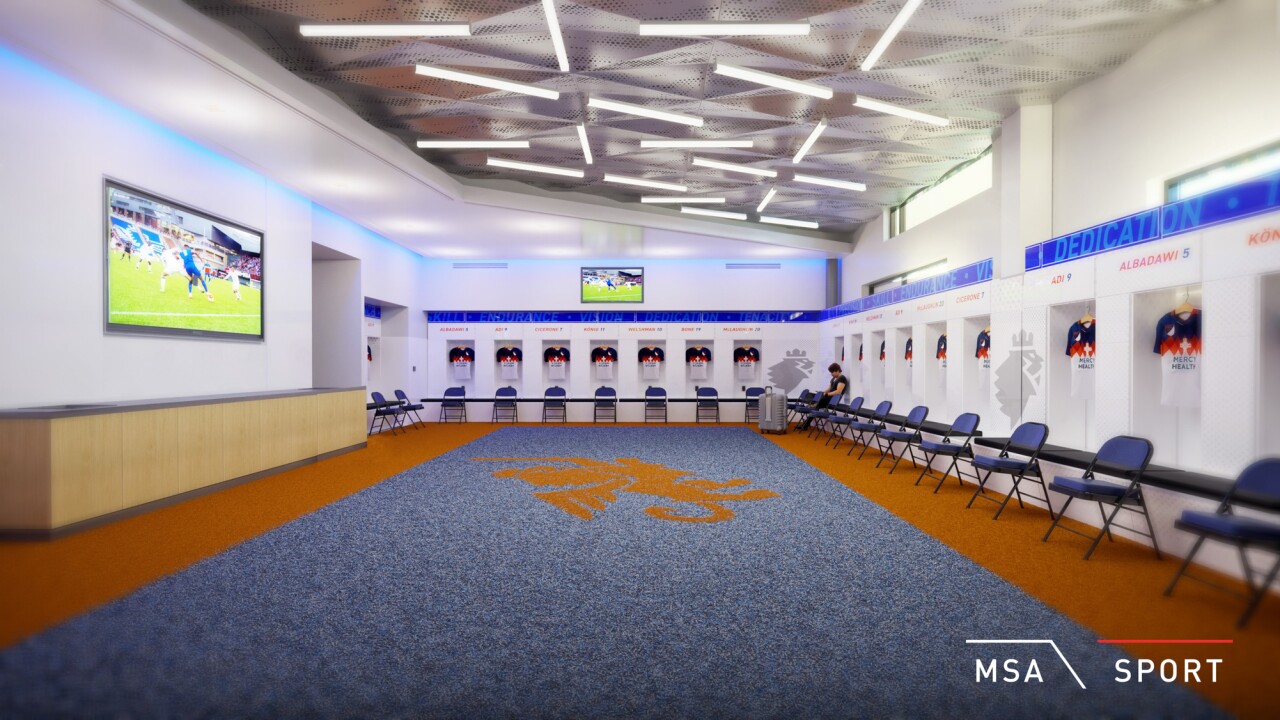 MILFORD, Ohio — FC Cincinnati officially opened its new training facility in Milford on Wednesday, and even Major League Soccer commissioner Don Garber considers it among the best of its kind in North America.

“It's absolutely spectacular,” said Garber, who was on site for a grand opening ceremony Wednesday. “It will take this team to a higher level, and it will set a new standard for other Major League Soccer clubs. … This is definitely among the best, and I think it is one that will attract the attention of people around the league but also the soccer-playing community around the world.”

The training center building offers a sports performance room that looks directly onto the practice fields through garage-style doors that open on nice days, as well as hydrotherapy (for recovery) and athletic training rooms, locker rooms for the academy and first team, a dining room, players lounge and office and meeting spaces. Paintings of the crowd in The Bailey celebrating a goal and a map of Cincinnati line walls in the main hallway and cafeteria, respectively, and there are even blue-tinted windows inside the building.

When asked what makes it unique, Garber said, “There's a commitment to ensuring the brand is present throughout the entire facility.”

“They’ve been thoughtful,” he added. “It’s not just a training ground and not just a place for their players to work out. It’s a home for this team and representing the spirit and culture of the club. That starts at the top. They are going through, obviously, a reorganization on the technical side, and I think this will be the relaunch of that. This is just the beginning of the development that will take place out here.”

The opening of MHTC is another piece of the club’s reboot following a disappointing first season in MLS, which included the firing of coach Alan Koch seven games into the year, the restructuring of the technical side under the addition of general manager Gerard Nijkamp and the hiring of coach Ron Jans. The Orange and Blue finished 6-22-6 and set a record for most goals allowed in a season.

FC Cincinnati is currently rebuilding its roster, which currently still includes at least 20 players from the 2019 books, and constructing a new soccer-specific stadium in the West End, set to open in 2021.

“What we’re trying to do is marry a rising league with a rising city, and I think the club’s done a really great job by partnering with the city leaders,” Garber said. “This is going to be an absolutely spectacular project. The project’s got lots of phases to it, but the stadium will be beautiful.”

Garber said having the facility available prior to the first season would have made a big difference, had there been time to do so, but he expects it to help with the product on the field in the future.

FCC director of soccer operations Dan McNally, who oversaw the project, also believes it will “change everything” by having everyone under one roof and giving players and staff on-site access to everything they need.

“We've been all over the city — going to gyms to get a workout, catering companies rushing to drop stuff off for our players, guys having to walk through parking lots to training, being on a college campus in the middle of a college year in a training environment,” McNally said. “Now we have everything we need for the club to be successful.”

McNally’s favorite room is the sports performance area because of how unique it is to be able to walk straight from the gym to the practice field. Players who are rehabbing from injury can work out and watch practice at the same time and still feel a part of the group.

That’s a big change from previously having to go to an off-site gym for rehab work and recovery processes after games.

“One of the challenges we had in our first year was just getting used to the MLS schedule, the intensity of the games, the (impact) of travel,” McNally said. “This room, we feel, will help our players ready to perform better during the games.”

The idea was to make the sports performance, recovery and athletic training areas a central part of the building after noticing how some clubs seemed to have theirs in darkened spaces off in the corner.

“We're leading a way and setting a standard for our club and others to follow,” FC Cincinnati president Jeff Berding said. “Not only are we inspiring other teams but also future generations of future FC Cincinnati players, male and maybe someday female, in the region. MHTC is the most recent example that brings all of this together as we continue to pave our way in professional soccer.”

Owner Carl H. Lindner III called Wednesday’s grand opening ceremony “a very special moment” in the club's brief history because of what it means for the future.

“We've designed and built one of the very top training facilities on our continent right here in our own Greater Cincinnati area,” Lindner said. “This is simply put, as good as it gets, for our players. With the first team, world-class talent that will take these fields every day, the world's top talent is going to take notice of what we've done in Milford and want to be a part of the movement we call FC Cincinnati.”