Meet Zaidan Tunechi: FC Cincinnati's No. 1 fan in Ghana – or maybe all of Africa

'The passion of this kid is amazing' 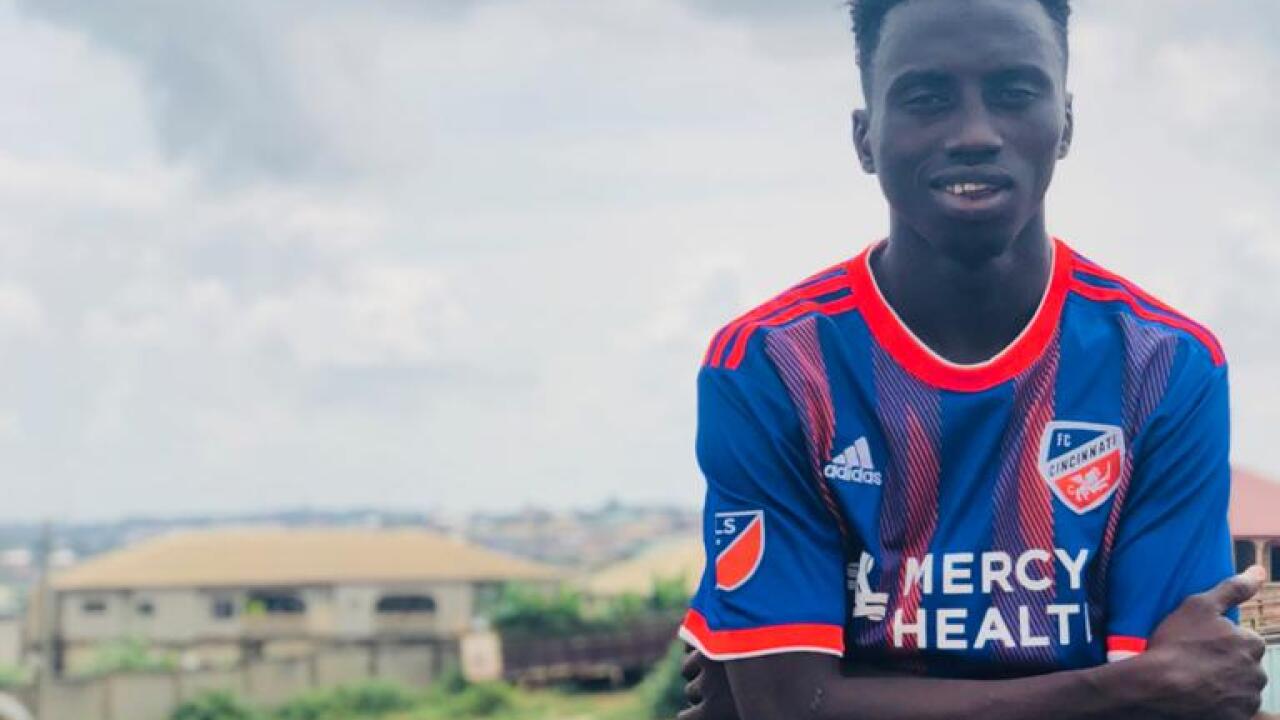 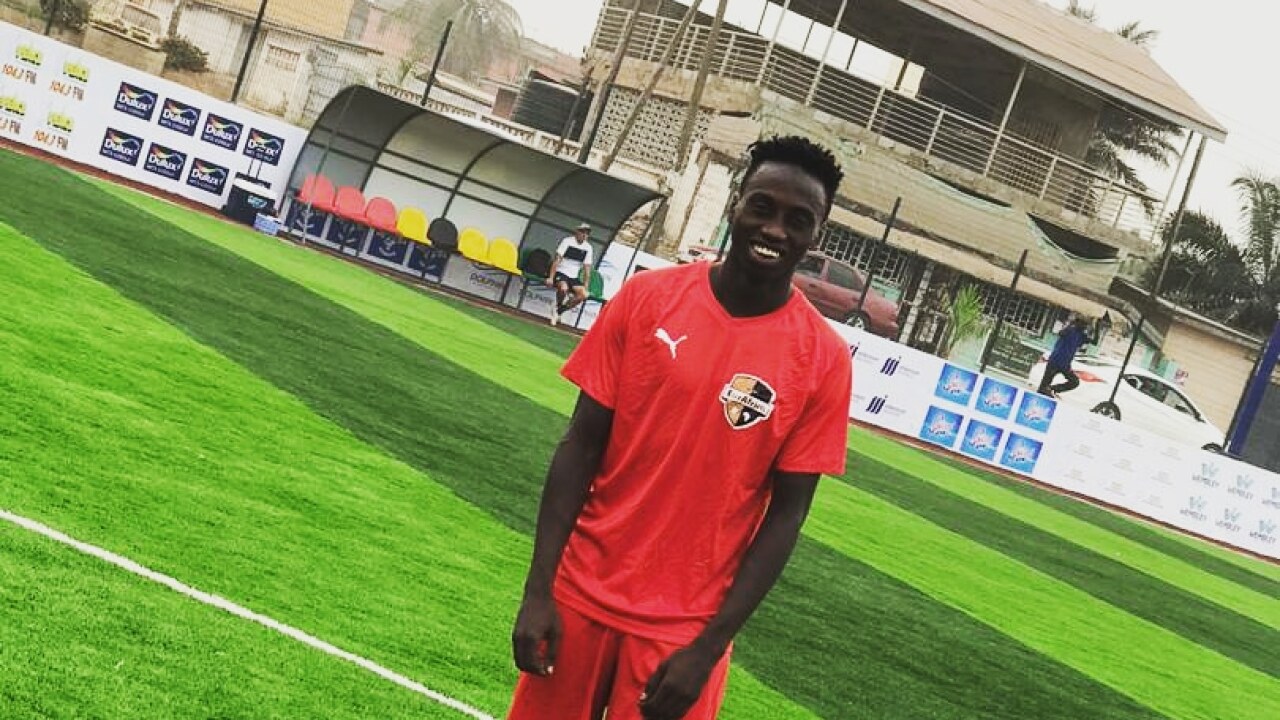 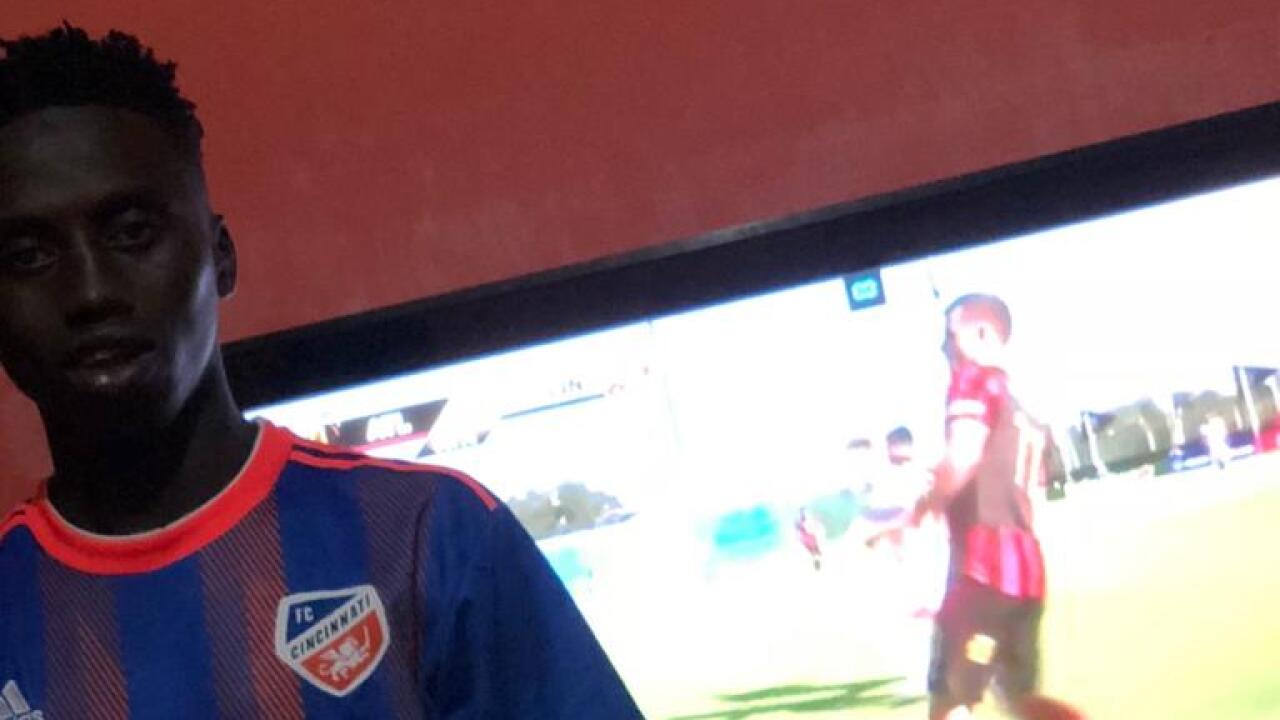 Zaidan Tunechi walks almost 40 minutes through pitch darkness to the nearest bar that will stream FC Cincinnati games at all hours of the night.

He has never been to Cincinnati -- he’s never even been to the United States -- but five years ago, the 19-year-old from Kumasi, Ghana, decided FC Cincinnati was going to be his team. Tunechi has been passionately loyal ever since.

Now, thanks to social media, Tunechi's extreme fandom for a club to which he has no connection has caught the attention of local FC Cincinnati fans, who regularly interact with him on platforms like Facebook and Twitter. The Hangar 937 supporters group in Dayton is sending him some gear, other fans have lobbied to get players to send him autographed jerseys, and some are even offering to start a GoFundMe.com account to pay for him to visit whenever matches resume in MLS home markets.

Tunechi will be watching FC Cincinnati’s Group E finale at the MLS is Back Tournament at 8 p.m. on Wednesday – midnight in Ghana – as the Orange and Blue face New York Red Bulls for a chance to advance.

“It has been a pleasure to follow and get to know Zaidan over Twitter and WhatsApp,” said FC Cincinnati fan Stephen Buckeridge, who is planning to help with arrangements for a visit. “What has attracted me, and many other fans, to Zaidan is his genuine, passionate desire to cheer on the Orange and Blue all the way from West Africa.”

Two weeks after FC Cincinnati launched on Aug. 12, 2015, Tunechi received the news on his cell phone. As an aspiring young soccer player, he hadn’t yet picked a team to follow and felt drawn to give his support to this new club that shared big ambitions like himself.

Now-retired forward Omar Cummings, who signed as one of the team’s first players, became Tunechi's favorite and a role model after whom he tried to pattern his own play. The two began conversing about 18 months ago through Facebook, as Cummings now works as a club ambassador.

“I've begun to get big love from the team and the fans as well,” said Tunechi, who is nicknamed after his grandfather but legally named Baba Mohammed. “People used to talk to me and tell me like,’How did you get to like that team?’ I think once the club was established, I was notified two weeks later. Me being a youngster, I never loved a team or supported a team, and I think Cincinnati was sent to me by God and I think giving them my heart would be the best.”

Tunechi has immersed himself in soccer since he was 8 years old. Coming from what he describes as a poor background, he dropped out of school at that time to help earn income and assist his parents with his younger siblings, a brother and two sisters, but his dream is to play professional soccer.

A striker for EurAfrica Academy, Tunechi believes that is his ticket to helping his family and getting a good job. His father has been sick for five years now and cries at the thought of his eldest son achieving that goal. For now, Tunechi does odd jobs around his community to earn money, usually by going to the market square to help customers move heavy loads to their cars.

Some of what Tunechi makes goes into savings to support his FC Cincinnati addiction, little by little. He bought a discounted Fanendo Adi jersey last fall (he actually was hoping for a “9” without a name), and calls it a prized possession.

Tunechi spends five cedis – the equivalent to one U.S. dollar but two days’ worth of living expenses for Tunechi – every time he goes to watch FC Cincinnati games. At first, he would watch match replays on YouTube, but eventually he found he could see FC Cincinnati play live at a 24-hour bar in Airport Roundabout, about a 30- to 40-minute walk from his home in the Aboabo community of Kumasi. The bar has a special channel used to cast MLS and United Soccer League games, and Tunechi picks the TV he wants to sit by and watches the matches alone. He’s yet to convert any other soccer fans to join him in support of FC Cincinnati.

“When I'm watching the football, I don't pay no matter the group of people,” Tunechi said. “Sometimes people who are supporting like LA Galaxy, Minnesota United, Columbus Crew and sometimes they are used to mocking me and I don't care. All I need to do is to see my boys play. I don't care, maybe some people will be at the background mocking me that my team doesn't know how to play, and I don't care about them.”

Even Cummings has been surprised by Tunechi's support all the way from Ghana. There certainly were more established, successful clubs Tunechi could have pledged loyalty to, but a 6-22-6 finish in 2019 didn’t deter him, and his love for the Orange and Blue only seems to be growing.

“I’ve been talking to him more than a year and a half now, and it’s almost like he was a young boy growing up in Cincinnati, and he had been watching the team over the years and dreaming of himself in those Orange and Blue colors,” said Cummings, who last spoke with Tunechi about three weeks ago. “Every time we speak, the passion of this kid is amazing.”

Tunechi does hope to play for FC Cincinnati one day, which is actually why he reached out to Cummings in the first place. He had hoped Cummings could help arrange a trial for him with the team, but even just a chance to sit in The Bailey at Nippert Stadium or the West End Stadium next year would “mean everything” to him.

That’s where Buckeridge and other fans hope to help out. Buckeridge connected with Tunechi on WhatsApp last month and said he felt convicted to try to help Tunechi get to Cincinnati. Others have stepped in as well, offering to assist with travel costs, Bailey tickets and more. When travel restrictions ease and fans can attend matches in person, Buckeridge will finalize a plan to bring him to Cincinnati for a match.

“That will be an amazing day for this fan base to see and meet our No. 1 fan in Ghana (and maybe all of Africa) in person,” Buckeridge said. “To me, Zaidan’s fandom of FC Cincinnati epitomizes the enchantment of ‘The Beautiful Game.’ It draws the world closer when we need each other most.”