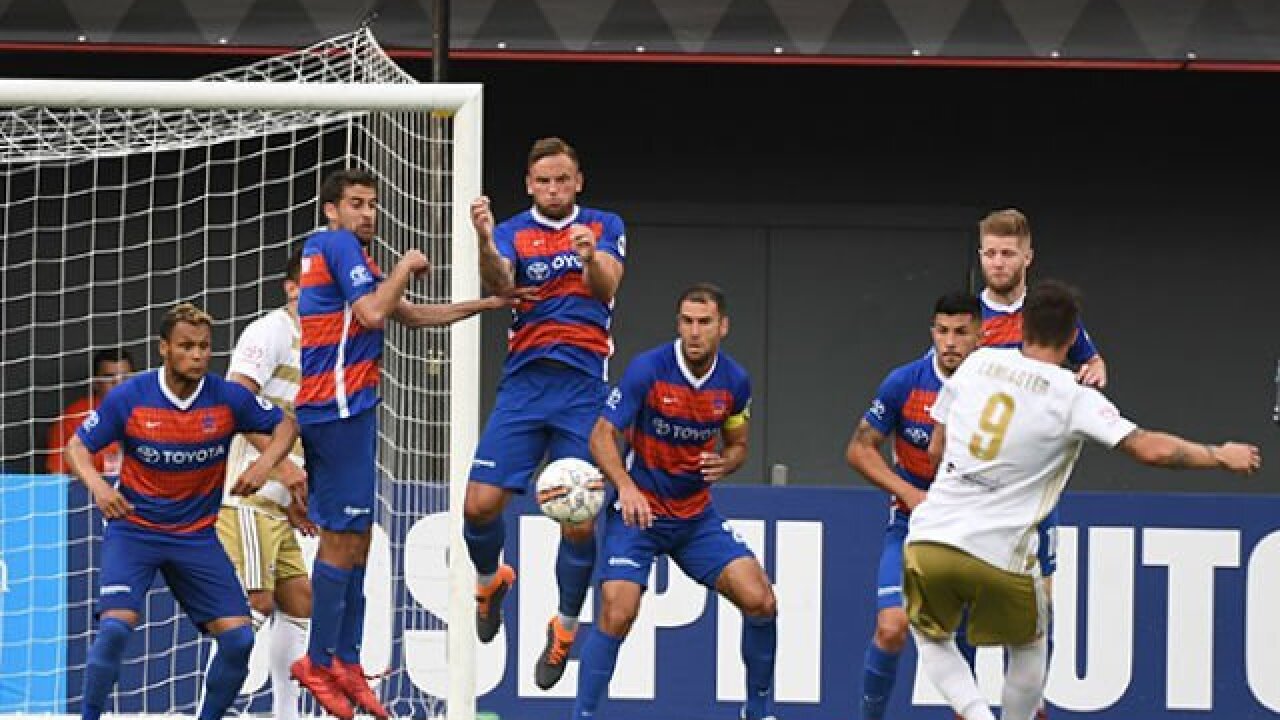 LOUISVILLE, Ky. – FC  Cincinnati will have a 1-0 lead Tuesday when it resumes Saturday night’s  suspended game against Louisville City FC.

The game will resume at 7 p.m. Tuesday at Louisville Slugger Field, the club announced Sunday.

Saturday’s game was stopped in the 38th minute because of lightning and heavy rain that made the field unplayable, the release said

The game will resume at that point.

Corben Bone scored the only goal in the 23rd minute off an assist by Emmanuel Ledesma. It was Bone’s sixth goal of the season and Ledesma’s record-tying 12th assist of the season.