FC Cincy is heading toward a sellout vs. L.A. Galaxy, thanks in large part to Zlatan Ibrahimovic 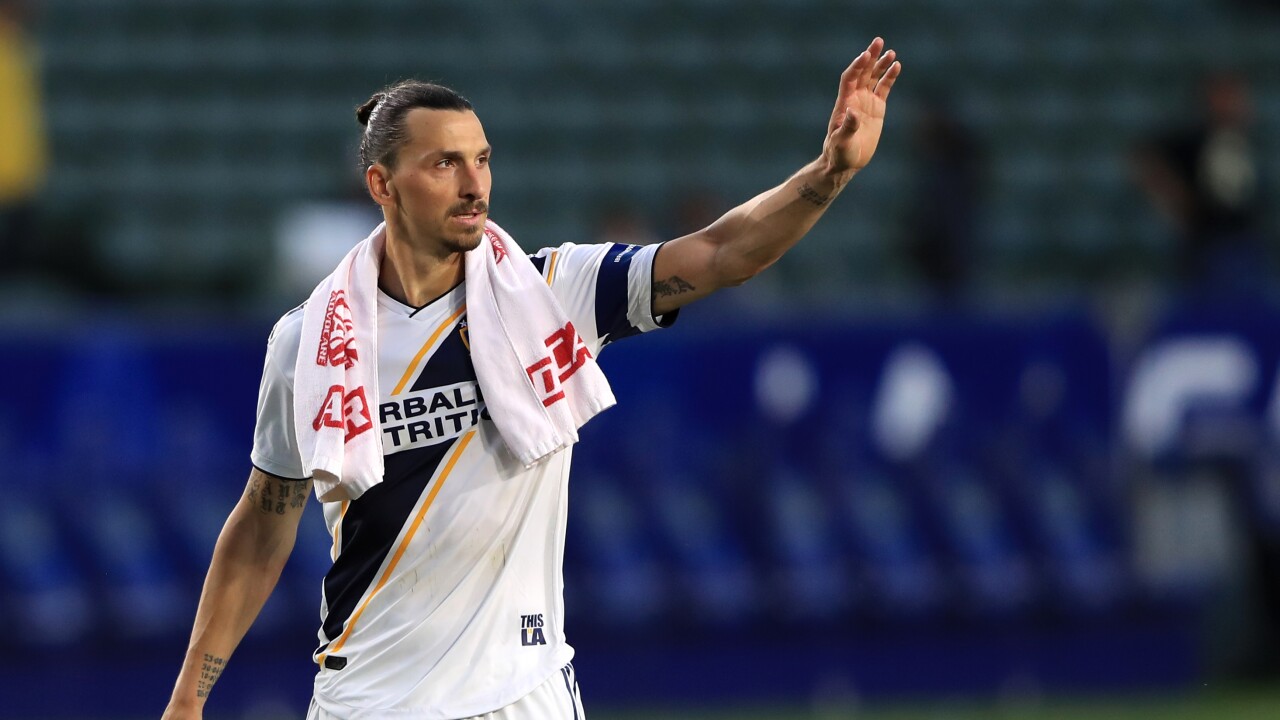 Sean M. Haffey | Getty Images
Zlatan Ibrahimovic of Los Angeles Galaxy looks on as he leaves the field after a game against the Real Salt Lake at Dignity Health Sports Park on April 28, 2019 in Carson, California.

CINCINNATI — FC Cincinnati is still drawing crowds despite its last-place standing. But on Saturday, when the Orange and Blue play host to L.A. Galaxy, the opponent makes it an easy sell.

Fans, at least in part, are lining up to see Galaxy star forward Zlatan Ibrahimović, the highest paid player in Major League Soccer who previously played for some of the top teams in Europe.

The club announced Friday that ticket sales for the 7:30 p.m. match at Nippert Stadium had surpassed the 30,000 mark, but as of Tuesday morning, tickets remained available.

FCC has sold out just one game so far, the home opener March 17 with 32,250 fans in attendance.

A prolific goal scorer with a big personality, Ibrahimović joined L.A. last season after stints with the likes of Manchester United, Paris Saint-Germain, Barcelona and others. The 37-year-old Swedish native is currently the third-most decorated active footballer in the world, having won 31 trophies in his career, and he has scored over 520 senior career goals for club and country.

Ibrahimović has scored 11 goals in 12 games this season after finishing with 22 goals in 27 games, 24 starts, last year. In his debut for the Galaxy last March, he scored two goals as a late sub, including the winner in stoppage time to beat LAFC 4-3.

FCC center back Nick Hagglund was tasked with trying to defend against him last year when his former Toronto FC hosted the Galaxy in September, and he could get that job again Saturday.

“He’s a physical specimen, a huge guy with great vision for the game,” Hagglund said. “He’s one of the great players to play this game. To play against him is a great challenge for the team, and we have to make sure we don’t let him beat us.”

Ibrahimović makes about 3 1/2 times more than FCC’s highest-paid player, Fanendo Adi. Salaried at $7.2 million this season, he will make $1.6 million more than Toronto’s Michael Bradley, who is the league’s next most expensive player, according to salary information released by the MLS Players Association last week.

With fans lining up to see him, he’s proven worth the expense.

Ibrahimović refused to play on turf at times last year but announced prior to this season he had changed his mind. He played the full 90 minutes at Vancouver, which is a polytan turf field, on April 5.

However, even if he is willing to play on turf, there is no guarantee he will make the trip to Cincinnati or play on Saturday. FCC has still advertised the game with photos of him – one on social media featured cutouts of him and FCC-designated player Fanendo Adi together.

“It’s interesting to see how they sold 30,000 tickets,” Sparks said. “You’ve got to think some of that has to do with people wanting to see him. There will be a lot of disappointed fans if he doesn’t come because I think people do want to see him play, but even if he doesn’t, there are still plenty of reasons to come.”

Damet said he’s not basing preparations around one player, and FCC won’t be focusing on L.A. until after Wednesday’s U.S. Open Cup Round of 16 game at St. Louis FC.

“We will try to get back to Cincy, recover and focus on L.A. from Wednesday night after the game,” Damet said. “He (Ibrahimović) can come if he wants to. If he is here or not, that's not going to change for us. We are going to prepare as best we can and make sure we are ready for Saturday, too.”