FC Cincinnati gets unexpected home game in fourth round of U.S. Open Cup 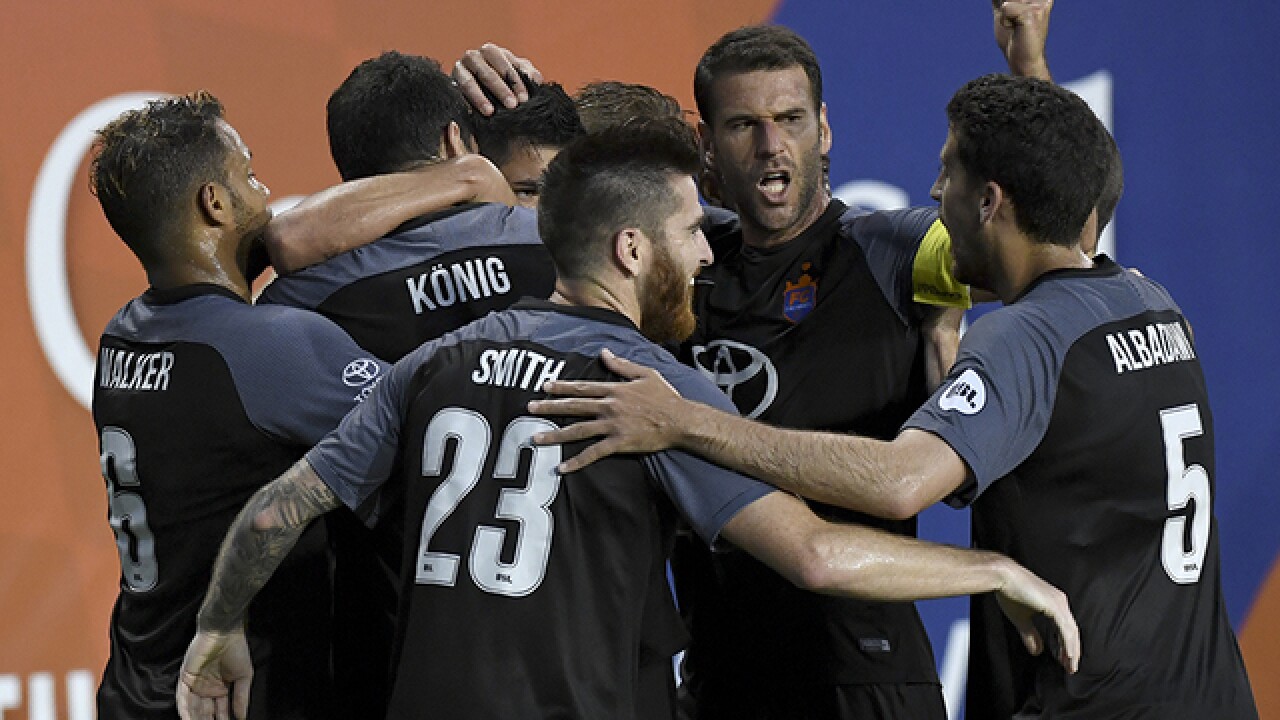 Copyright 2018 Scripps Media, Inc. All rights reserved. This material may not be published, broadcast, rewritten, or redistributed.
<p>FC Cincinnati midfielder Emmanuel Ledesma (45) is congratulated by teammates after Ledesma penalty score against North Carolina FC in the second half at Nippert stadium Saturday May 19, 2018. FC Cincinnati won 4 to 1 against North Carolina FC. Photo by Joseph Fuqua II for WCPO</p>

CINCINNATI – A fortunate turn of events is giving FC Cincinnati an unexpected home game in the fourth round of the U.S. Open Cup on June 6.

After the initial draw made Minnesota United FC the host team, officials of the Major League Soccer club informed U.S. Soccer that they had only applied to host possible Round of 16 and Quarterfinal matches because of a lack of a suitable venue on the scheduled date.

As a result, U.S. Soccer has moved the game to Nippert Stadium.

Tickets will go on sale to the general public starting at 1 p.m. ET on May 30. All Nippert Stadium hospitality areas are also available for purchase by contacting the FCC Ticket Staff at 513-977-KICK (5425).

The winner of the June 6 match will advance to the Round of 16. U.S. Soccer will conduct the draw for the Round of 16 and Quarterfinal matches on June 7.

FC Cincinnati will try to repeat last year’s success against MLS clubs in the Open Cup. Last year, the Orange and Blue beat two MLS teams, Columbus Crew and Chicago Fire, at home before losing to a third MLS team, New York Red Bulls, in the semifinals at Nippert.

FC Cincinnati got an impressive 3-1 third-round victory in Pittsburgh Wednesday night over its USL foe, the Riverhounds. The Riverhounds had not allowed a goal on their home pitch this season.

Jimmy McLaughlin, Lance Laing and Daniel Haber scored for the Orange and Blue while goalkeeper Spencer Richey made four saves.

FC Cincinnati had tied the Riverhounds 2-2 at Nippert Stadium on April 21.

RELATED: FC Cincinnati expected to get MLS bid on Tuesday.