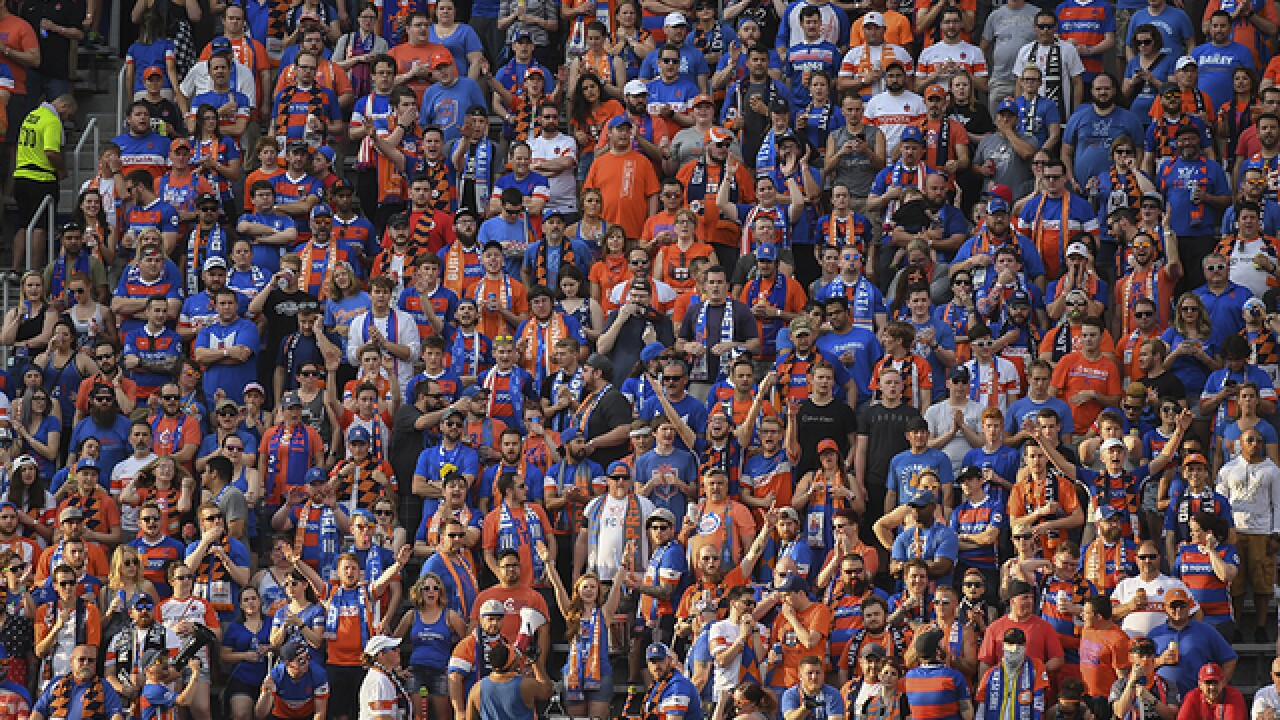 Copyright 2018 Scripps Media, Inc. All rights reserved. This material may not be published, broadcast, rewritten, or redistributed.
FC Cincinnati fans in the Bailey section celebrated the start of the game against Louisville City FC in the first half at Nippert stadium Saturday May 26, 2018. FC Cincinnati lost 2-0 against Louisville City FC. Photo by Joseph Fuqua II for WCPO

CINCINNATI — FC Cincinnati will face the University of Cincinnati in a free "preseason" game next month.

The new MLS squad will play against the UC men's soccer team at 7 p.m. March 5 at Nippert Stadium.

The game will give fans a chance to learn about the new security practices, including wanding and bag checks at entry gates, according to a news release from FC Cincinnati.

Seating will be limited to certain sections for the event. Gates will open at 6 p.m. and $5 parking will be available in the Corry Garage and Calhoun Garage.

FC Cincinnati will make their MLS debut in Seattle on March 2. Their home season opener is scheduled for 5 p.m. Sunday, March 17 against the Portland Timbers at Nippert Stadium.