FC Cincinnati strikes first, but fails to hold the lead 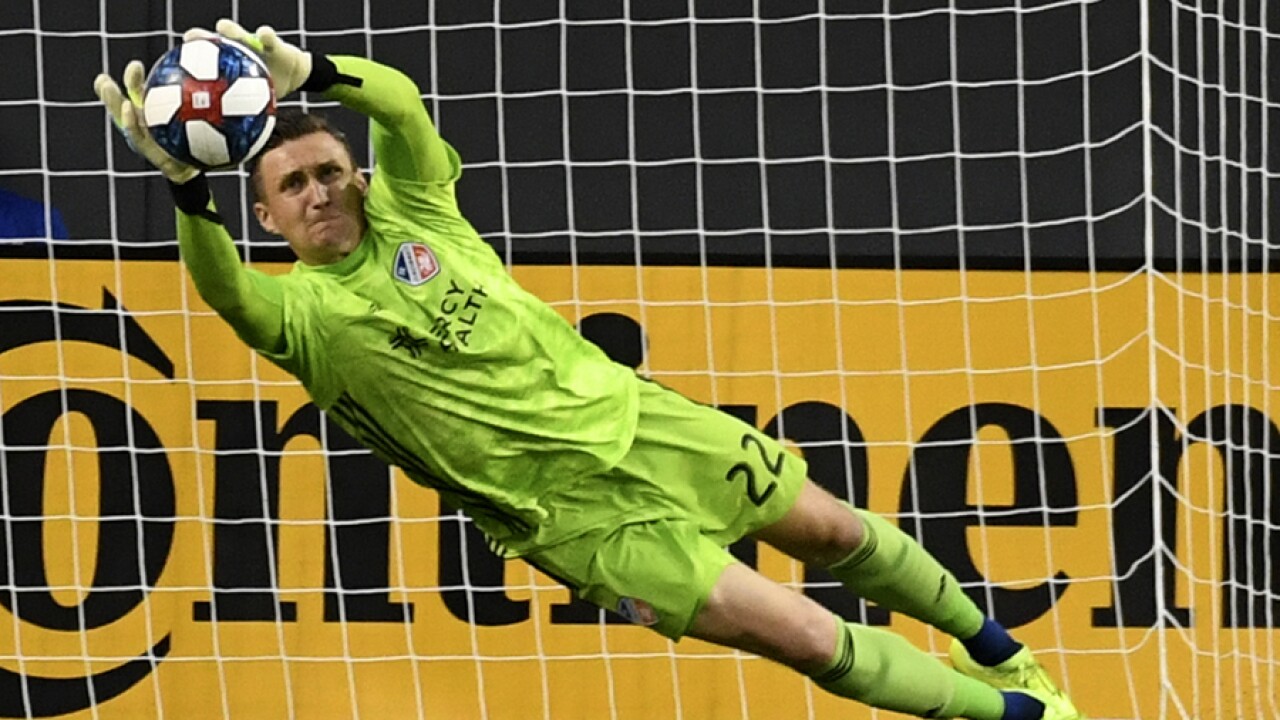 An encouraging start for the Orange and Blue was wiped away by a pair of late-half goals, and they dropped a 2-1 loss to Vancouver Whitecaps on Saturday in front of 27,106 fans at Nippert Stadium.

Allan Cruz scored from close range in the sixth minute when Darren Mattocks one-touched a pass to him off Mathieu Deplagne’s initial cross, and FCC looked comfortable in the early going. However, Vancouver’s Hwang In-Boem equalized in the 41st minute and the Whitecaps got the go-ahead goal from Felipe Martins in the 84th minute against the run of play as FCC had a flurry of close chances in the second half.

Vancouver (5-11-9) entered the match as the only MLS team with fewer wins than FCC (5-17-2), which remains in last place in the Eastern Conference with 18 points. Cincinnati travels to Columbus next weekend for the first MLS regular-season clash in the “Hell is Real” derby.

FCC came out attacking and looking confident doing so for the first time in a long while, and the result was an early goal and plenty of other chances. Complacency settled in but the team rebooted at halftime and played well enough to walk away with at least a point but couldn’t finish and Vancouver snuck in the game-winner with six minutes left.

Cruz’s team-leading fourth goal in league play marked only the ninth time all season the Orange and Blue have scored first. They are 0-14-1 when falling behind first, so it was a big deal to get on the board so quickly.

Interim coach Yoann Damet and the players were disappointed FCC couldn’t get a result out of a game in which the Orange and Blue had so many opportunities.

“We had a lot of chances,” said midfielder Leo Bertone, who received his eighth yellow card of the season in the 92nd minute and will be unavailable next weekend. “We played decent but we have to win. It’s always frustrating when you lose and now we lose again. We have to work on finishing and start getting results.”

Prior to the game, general manager Gerard Nijkamp spoke with media about the acquisition of Celtic left back Andrew Gutman on loan through the 2020 season, marking the second defender signed in the summer transfer window. When asked whether the club plans to add another attacking piece, Nijkamp said FCC needs to find the right fit but assured if it doesn’t happen in this window, which closes Friday, he plans to be more aggressive next preseason.

Justin Hoyte had just missed the target on a shot from outside the box in the second minute, and even with FCC slowing down about 10 minutes in, the home side still had nine attempts alone in the first half a week after managing just one through the first 45 minutes of a loss at Toronto.

Whitecaps goalie Maxime Crepeau had two great saves, including one on a late free kick by Leo Bertone that he got a hand on before the ball kissed off the post and over the end line. At the beginning of the half, he also pushed a Cruz shot over the crossbar that appeared headed to the back of the net. Seventeen of FCC’s 20 shots for the night were off target, but many weren’t far away.

In the 59th minute, FCC’s Mathieu Deplagne saw opportunity with Crepeau about five yards off his line and chipped one over his head from about 50 yards out, only to hit the woodwork. Just moments before that, Emmanuel Ledesma also had a close try that went just wide of the post.

“We need to work, we need to come back to the training facilities, keep working on that,” Damet said. “As everybody knows, there isn’t much space and time in the attacking third so it’s very difficult to create opportunities, so it’s positive we have been creating quite a lot. Now we need to be more efficient when we take our chances, maybe finish quicker. We take a touch in the box when we should be shooting one touch, so those are a couple things we need to work on.”

Bertone said FCC could have done more to get better shots, as 13 of them were taken outside the box.

“They were playing more defense, especially at the end, so we had to take shots from outside but we should have crossed more to get behind the defense,” he said.

It seems to happen all too often that FCC concedes right before halftime and just can’t close out halves.

This time, In-Boem scored off a long rebound following a free kick, putting his shot past two defenders before beating goalie Przemyslaw Tytoń in the 41st minute but it appeared Tytoń didn’t have a clear line of vision. Vancouver got the game winner when Tytoń came off his line to try to cut off a pass at the end line and Martins ended up with the close-range chance on an open goal.

“We 100 percent need to be sharper, more consistent,” Damet said about the late-half goals surrendered. “That’s the message I told the guys in the locker room is we are a little too naïve at times. Conceding before halftime on the third goal on the set piece is very frustrating because that’s a little moment we switched off and we give the time for the opponent to take a shot and they capitalized on that just before halftime. The focus needs to be more consistent.”

Tyton made his second straight start in place of Spencer Richey, who is dealing with a back injury. Originally signed as the projected starter for the season before an injury gave Richey opportunity to win the job, the Polish native is winless in five league starts.