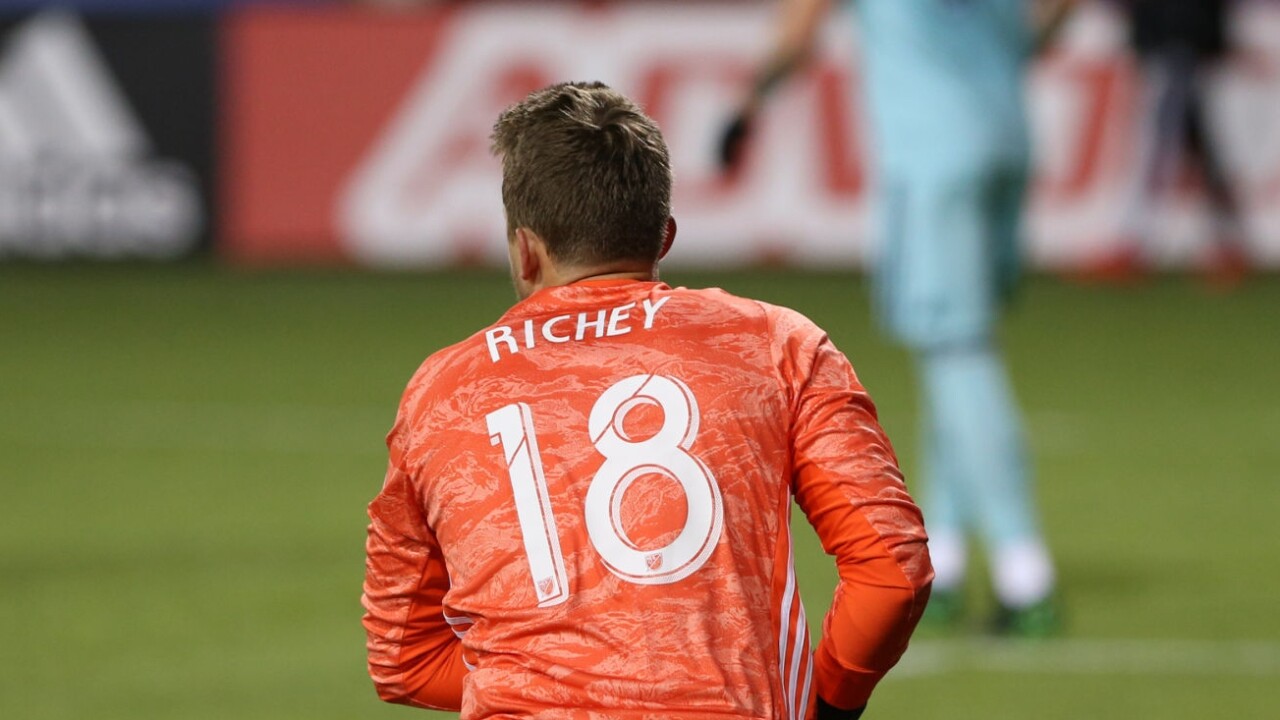 CINCINNATI — FC Cincinnati looked like a completely different team for the better part of the match Saturday, compared to the past several weeks.

The Orange and Blue immediately saw the benefit of a fuller squad with the return of two starters from international duty during the CONCACAF Gold Cup, and they collected their first win in almost two months.

FCC took a 3-0 lead in the second half and held onto a lead despite a late near implosion, beating Houston Dynamo 3-2 on Saturday night in front of 26,276 fans at Nippert Stadium to snap a six-game losing streak in Major League Soccer play. The win pushes Cincinnati to 4-13-2, as the Eastern Conference bottom dwellers rebounded from a 7-1 loss at Minnesota last weekend and now trail 11th place Columbus Crew by three points.

“It’s up to us to make it become one of the turning points of the season,” FCC interim coach Yoann Damet said. “We had a good wakeup call this past weekend. We had some meetings this week, some words in the locker room, too. It’s good to be home and getting results in front of our fans, but also for us, like against our opponents in the Eastern Conference.”

Captain Kendall Waston and midfielder Allan Cruz returned to the starting lineup after a month away with the Costa Rican national team. Cruz missed three matches but Waston hadn’t played for the Orange and Blue since May 25, skipping one extra game because of a yellow card accumulation suspension.

Waston’s re-insertion at center back allowed Justin Hoyte to return to the right back spot, where midfielders Caleb Stanko and Fatai Alashe had been covering the void. His value was evident as Houston was limited to one shot on target before Romell Quioto pushed a penalty kick past Spencer Richey in the 79th minute. The second Houston score was an own goal.

Cruz was active in the attack all night, moving into a center midfield position that he normally plays and excels at with Costa Rica. He was credited with a secondary assist on Kekuta Manneh’s opening goal in the 29th minute after intercepting a pass and sending a pass to Emmanuel Ledesma on the wing. Ledesma found Manneh on a through-ball, which he put away with one touch.

“It’s good,” Damet said about getting players back. “We need everyone. Every week is a new challenge, so we need our full squad. The guys that came back showed up strong again tonight and were part of the performance. So, I am very happy for them, but most important that it is the group, it is the team. So very happy for that.”

Right back Alvas Powell also came off the bench late in the match after returning from play with Jamaica following a Gold Cup semifinal loss to the U.S. on Wednesday. Forward Darren Mattocks went straight from the Gold Cup to attend to a family matter in Jamaica, according to an FC Cincinnati spokesperson.

A week earlier FCC had just three outfield players on the bench for a 7-1 loss at Minnesota, but Fanendo Adi returned from a hamstring ailment to add depth in the attack, entering in the 65th minute.

With more players available, FCC was able to play a more attack-minded game, so in addition to Cruz playing a deeper role, the outside backs were pushing way into the attack, which led to the team’s second goal.

Left back Mathieu Deplagne moved the ball into the penalty box in the 38th minute and dished the ball off to rookie forward Rashawn Dally, who then finished for his first MLS goal in just his third appearance. Deplagne had to work to maintain possession despite losing his footing on a tackle and had the awareness to see Dally as he got up.

“We are speaking about a lot of things offensively, like a lot of positioning,” Damet said. “We know a fullback can provide us the width and participate offensively. We want to have a good structure when we attack to allow us to defend better also when we lose the ball. We give them a lot of freedom in the attacking half so when they feel they can go, they can go and the rest of the team is going to adjust to their movements, so that's a freedom we want to have in the attacking half.”

Having Waston back also likely played a factor in the team’s ability to push forward more, as he provided stability in the back while Hoyte an Deplagne moved into the attack.

Victor Ulloa added FCC’s third goal in the 61st minute when Houston goalie Joe Willis missed an attempt to scoop up a shot and let it go between his legs. Ledesma fed Ulloa a pass at the top of the penalty box, and he sent a shot right to Willis but the blooper accounted for Ulloa’s first goal of the season.

FCC seemed well in control until the final 15 minutes; however, the late goals allowed were difficult to stop.

Two minutes after Quioto scored to put Houston on the board with the penalty kick awarded after Hoyte took a player down in the box, the Dynamo added a second tally on Nick Hagglund’s own goal. He was trying to come back to clear a cross away with a diving header that otherwise would have gone to Houston’s Alberth Elis at the near post.