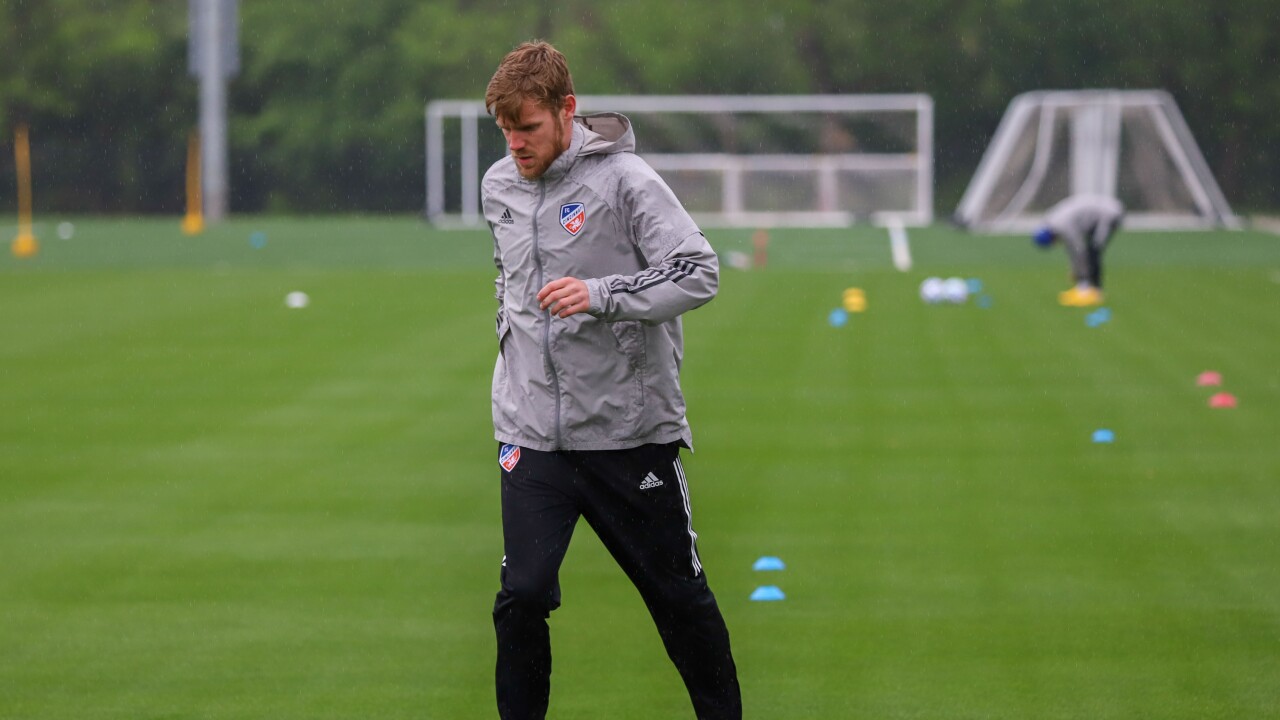 The FC Cincinnati forward already is going stir crazy living alone during COVID-19 shutdowns. Coming back from shoulder surgery that ended his 2019 season early, he is especially anxious to get back to a normal routine.

MLS has repeatedly extended its moratorium on group training, which is currently set to expire May 15. The once-projected restart date in mid-June sometimes seems like a pipe dream, despite the league allowing individuals to utilize team training facilities under restrictions starting this past Wednesday. There are also different ideas about how play will resume. Few include a traditional MLS atmosphere in home stadiums.

According to the Washington Post, MLS has proposed all 26 teams resume play in Orlando at the Disney sports complex without spectators. The goal would be to eventually return to home markets, but nothing is finalized.

“It’s deflating for sure,” Manneh said of the uncertainty players have faced since MLS shut down March 12. “It gets to a point I don’t even look at the dates — and (I) know when it gets serious someone will get a hold of us and there will still be a serious approach — and ‘hopefully at the end of March, April, May we get back.’ I don’t even listen anymore. I just do what I can control, which is to stay in shape.”

FC Cincinnati had nine games scheduled between the start of the shutdown and this week. Some teams have missed even more games, so the biggest question the league has faced is whether it’s possible to still get in a full season or somehow make up the missed matches.

One idea that has surfaced, according to The Post and confirmed by several FC Cincinnati players, is to play a tournament replacing the two months lost and pick up from there with the remaining schedule. Players said they’ve been told various ideas the league has tossed around on how to return to play without stoking anxiety about mass gatherings, including the proposal to begin at neutral sites.

Midfielder Joe Gyau said none of the scenarios are ideal, but the players just want a chance to get back on the field.

“They are trying to find the best way to play the most games possible,” Gyau said. “It's tough to say. Everything is going to be weird without any fans. I think that's going to be a challenge for guys to get into that game mode, that atmosphere that you usually have with thousands of fans. That's going to be something to adjust to, but whichever resolution they come to with the game format, I think everybody's going to be fine with it. We're going to have to be fine with it because we have to find some way to get these games underway.”

MLS did take a first step toward returning when it began allowing players to access team training facilities last week for individual workouts. However, midfielder Haris Medunjanin, among those first players to do so Friday at Mercy Health Training Center, said it was difficult to get too excited about being able to train at the team facility without an idea of when or how games will resume.

“Nobody even knows the date when we are going to start to play games, so I don’t know what’s the point even to go train (at Mercy Health Training Center) if you don’t know the date when there will be games,” Medunjanin said. “If you go train by yourself it’s the same if you are going to stay at home and train. It’s nice that you can go to the facility and see other guys, but I don’t think they can tell us it’s safe enough to do that.”

Gyau can see some advantages to the facility being open but also said it would feel more productive with some clarity.

“There are some benefits to it, just so guys can get some structure to their day — we have a set training time and things like that,” Gyau said. “The only thing that is a bit tough, I agree with Haris, we have no set schedule when we know games will be starting, so it's kind of just working while we wait. Then, there's a lot of restrictions. It goes state to state, but we're not able to do certain things in practice to where it's not like a real training session, you know, but it's one of those things we have to deal with.”

Interim coach Yoann Damet understands the frustration but said he's encouraged that the individual workouts have been allowed.

FC Cincinnati came up with a task force that designed protocol for those sessions, and the club needed to have them approved by the league and make sure plans aligned with Ohio’s gradual reopening process amid stay-at-home orders. Individual workouts are taking place in two sessions Monday, Wednesday and Friday each week for the foreseeable future.

“We have to be creative to maintain that motivation,” Damet said. “It's difficult for any human being when you live in uncertainty of the period where we don't know when we are going to start again, we don't know when the group is going to come back together again.”