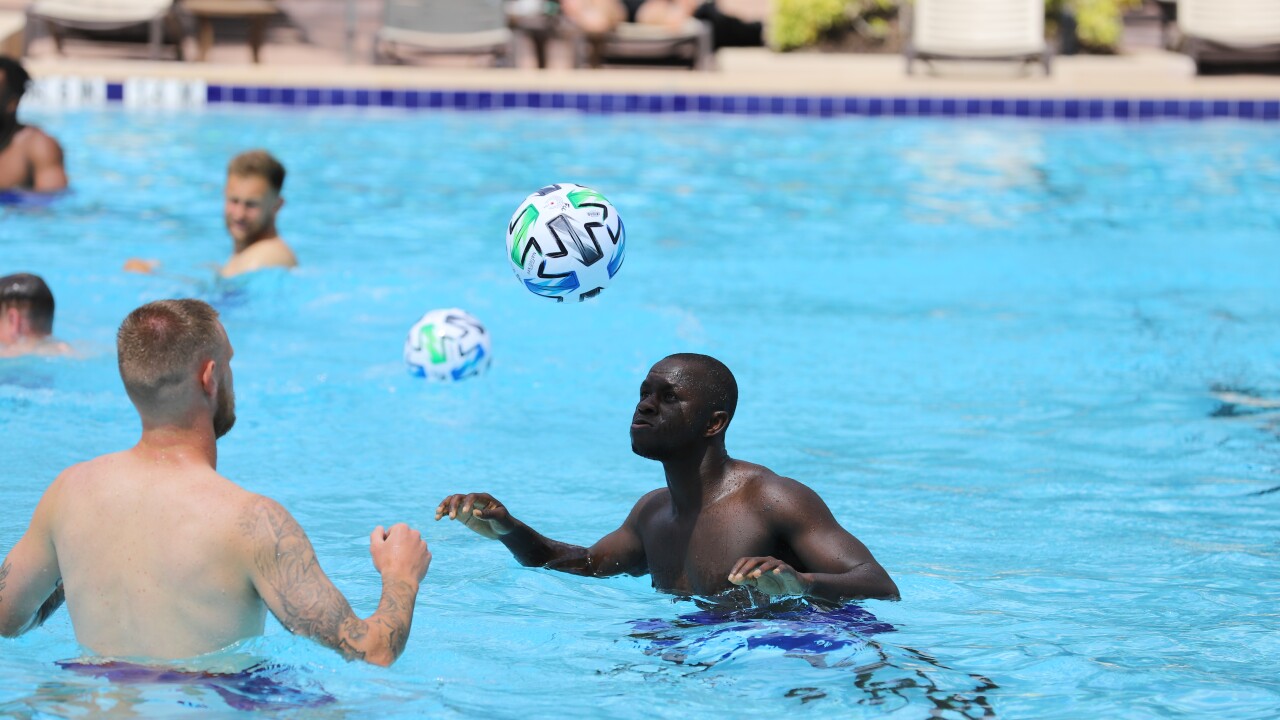 Provided
FC Cincinnati players are making the most of their time in the Orlando "bubble" as they get ready for "MLS is Back" tournament play. 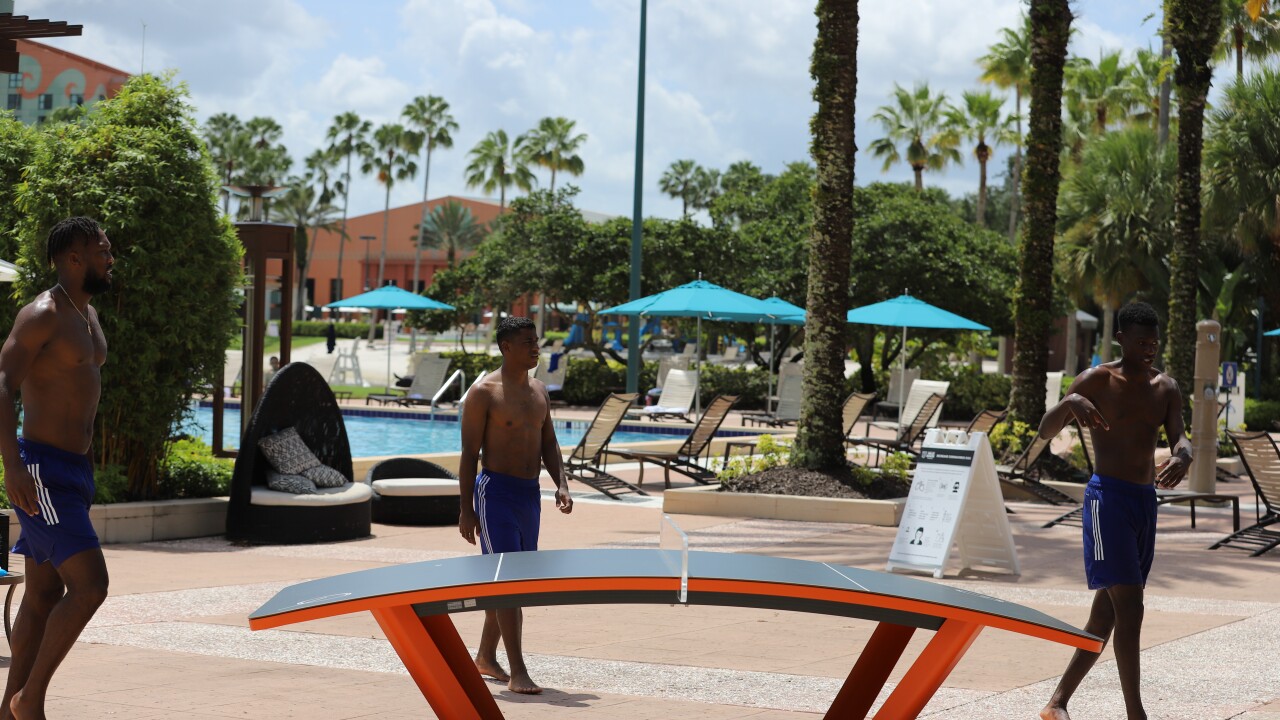 ORLANDO, Fla. — A week into FC Cincinnati’s stay in Major League Soccer’s “bubble” in Orlando, players are managing to make the most of their temporary home.

The league is resuming play with a World Cup-style “MLS is Back” tournament, which began Wednesday at the ESPN Wide World of Sports without fans in attendance. To try to protect players and staff from the spread of COVID-19, teams are isolating at the Walt Disney World Swan Hotel and training facilities for the next month.

“It really is a bubble,” FC Cincinnati defender Tom Pettersson said. “Sometimes you see other teams walk by, but we live in the seventh floor here so we pretty much only see each other. It's really hot. It's not like Sweden, that's for sure. And, I mean, you live in single rooms. We have three rooms, the game rooms where we can hang out. That's what we're doing. The players that are not playing ‘Call of Duty’ bring out their play cards, board games, stuff like that, so either you're out in the heat or you're inside and hang out with the others in the team.”

The Orange and Blue arrived June 29 after a quick morning charter flight. The travel party of 26 players and 19 staff members were bused straight to and from the plane at the Cincinnati and Orlando airports. COVID-19 testing was done twice in the 72 hours prior to travel and immediately upon arriving at the hotel in Orlando.

Once the results came back – and all were negative – the team was able to begin training Tuesday at the ESPN Wide World of Sports complex. According to a club spokesperson, gym sessions, activation and regen sessions have all been at the hotel resort. The league's protocols include regular screening, testing, social distancing, personal protective equipment and a mandatory quarantine for all individuals upon arrival at the hotel until they have a negative test.

FC Cincinnati players interviewed in the last week have all said they feel safe in their new environment given all the safety protocols and lack of interaction with other teams until games began.

“I feel safe personally,” Petterson said. “I know that we have a few cases in other teams. But yeah, I mean, everywhere we go we have to wear a mask and we can't go pretty much anywhere, so I don't see how -- I mean you can never know but I'm not afraid. … I see no reason to be scared about it but, of course, it's always there in the back of your head that it can happen.”

FC Cincinnati winger Kekuta Manneh said the fact no one on his team has tested positive so far is a good sign.

“I was talking to one of my friends, and I was, like, this is as safe as it could be,” Manneh said. “I've obviously not seen any of the FC Dallas staff members or players, so in that regard I feel pretty safe, but I don't know. I can't speak for other people. And I'm sure some of them have their concerns, but I'm feeling pretty safe right now.”

Although FC Cincinnati has been pretty well isolated in the hotel, Manneh said players are still able to use shared amenities, which are cleaned after each team uses them. Players and staff dine together with catered meals. They enjoy pool time, and there is a café some team members have visited. The areas outside on hotel grounds also are open.

FC Cincinnati has been using the training room for group TV time, like last week when players gathered to watch the Chelsea-West Ham game. The team had its first off-day Sunday, other than some regen work in the pool. Individuals on the team spent the day playing games like table tennis and relaxing as much as possible.

Manneh said the time together has been good for bonding and building chemistry. FC Cincinnati revamped its roster during the offseason and the current roster hasn’t played one game together, as Siem de Jong did not arrive for training until two days before the league shut down -- after two games had been played.

“From that standpoint I think that's one thing I was looking forward to seeing, that the guys are coming together and willing to work together and having fun while working,” Manneh said. “I think that's a big thing for us. I think that's what I've been seeing. People's faces, everybody's smiling and wanting to learn. We've been doing a lot of that, and a lot of new things and learning how we want to play and stuff like that. I think it's been fun. We're growing together and I'm really excited to see how we do this tournament.”