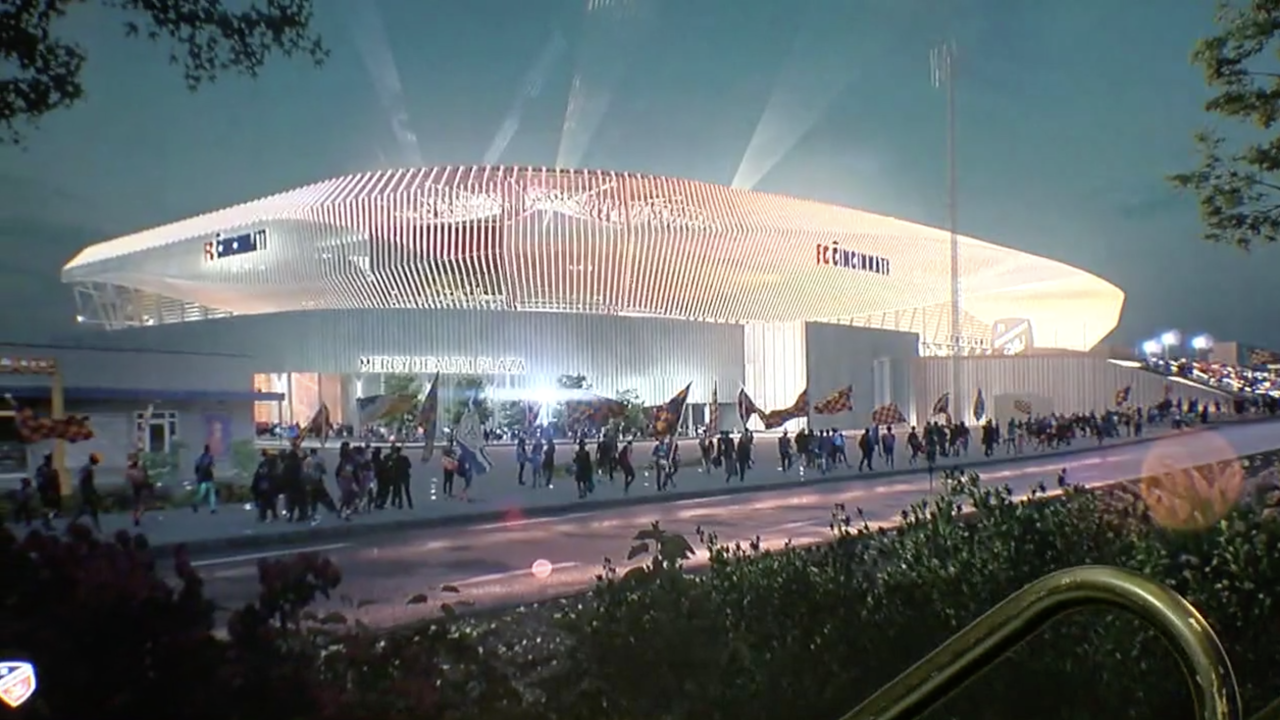 CINCINNATI -- When FC Cincinnati's Major League Soccer stadium opens in 2021 in the West End, it will be “the gem of the Queen City’s crown," President Jeff Berding said Tuesday.

FC Cincinnati officials revealed the new design of the club’s stadium in a press conference.

Jonathan Mallie, the lead architect on the project, said Populous’ team has been working on the design of the stadium for the last four months.

Mallie said he considered the architecture of Cincinnati landmarks like Findlay Market, Union Terminal and Music Hall when designing the stadium.

Designers also considered lighting and how it could bring the stadium to life and heighten fan experience. The exterior of the stadium will feature vertical elements that twist in the center to mimic dynamic movement.

The roof of the stadium covers every seat in the house, and The Bailey will hold 3,100 standing spots.

Berding said the club’s stadium will provide a source of jobs, community reinvestment and will be a “part of the West End’s rebirth and reclamation as a vibrant community.”

The decision to build the stadium in Cincinnati's West End did not come without controversy; the team purchased two West End apartment buildings — 421 Wade St. and nearby 1559 Central Ave. — in late 2018. Both are located near the incomplete $250 million stadium but not inside the “stadium footprint,” where the actual structure will go. (The team has suggested one will become handicap-accessible parking.)

After weeks of bitter public back-and-forth, FC Cincinnati and a group of displaced West End tenants reached an agreement on May 30.

The team agreed to give them until Jan. 31, 2020 to leave and to pay them an undisclosed sum for relocation expenses, but residents still felt as though their hands were forced.