FC Cincinnati looks a lot like Minnesota United 2.0 -- and that's not all bad 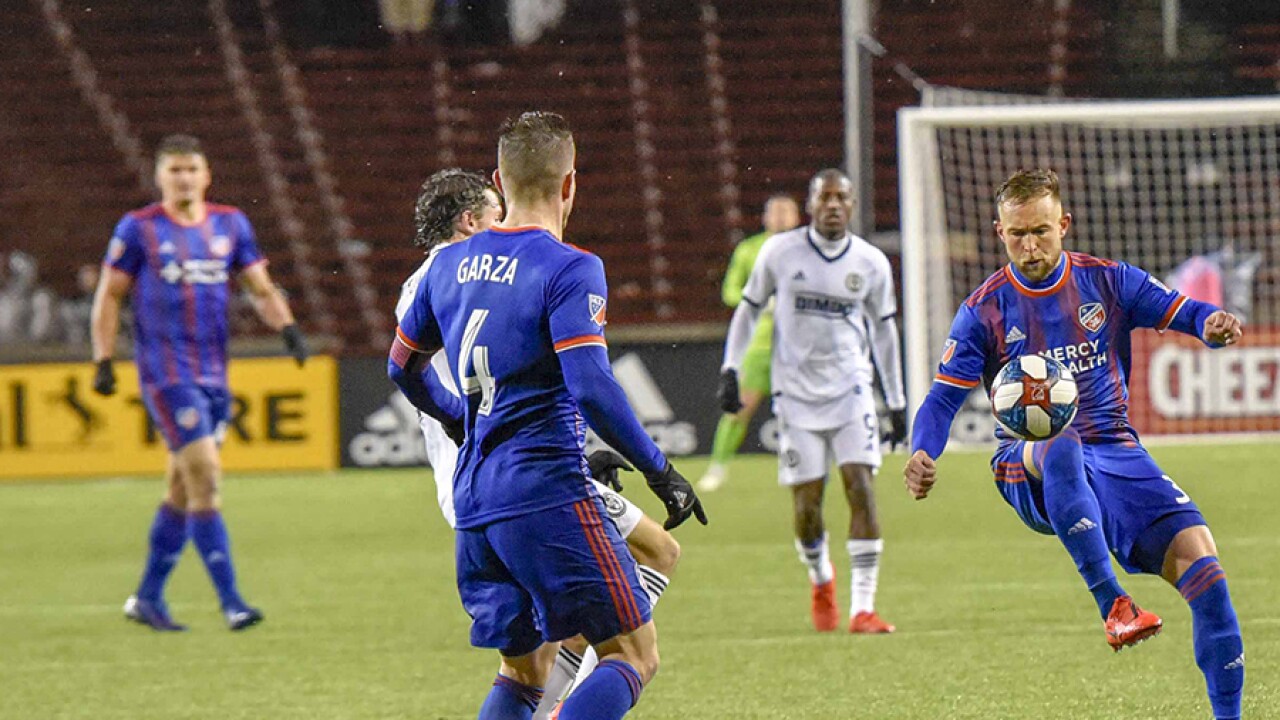 Joe Simon
FC Cincinnati took on Philadelphia on March 30, 2019 at Nippert Stadium. Number 33 Caleb Stanko keeps the ball close to his body by using his knee.

CINCINNATI — When FC Cincinnati announced during the offseason that nine players from its final United Soccer League roster would be joining the club in Major League Soccer, the comparisons began almost immediately.

Minnesota built its inaugural roster largely around players from its final North American Soccer League squad and struggled out of the gate, just as FCC has with a similarly low-budget approach.

Halfway through Cincinnati’s first season, as the two clubs prepare to meet Saturday at Allianz Field in St. Paul, the comparison appears justified. But the Orange and Blue (3-12-2) can take comfort in seeing through their upcoming opponent that progress might not be too far away.

“I've heard the comparisons, but I like to think of us as an Atlanta United,” midfielder Caleb Stanko said. “I want to say, 'OK, this team just came to the league and may have struggled this season but the next season they really turned things around.' That's how I want to view our club.”

Atlanta started off 7-7-3 through its first 17 matches in 2017 but finished strong to make the playoffs as the fourth seed in the Eastern Conference. The Five Stripes climbed even higher in their second year when they won the MLS Cup, but it’s a difficult comparison to make considering how severe FCC’s struggles are and how different Atlanta’s philosophy was in terms of spending.

The Five Stripes ranked among the top third in the league in team payroll during their inaugural season in 2017, and the opening of Mercedes-Benz Stadium in August of that year may have played a part in a $1.9 million payroll jump in 2018.

FCC is in the cellar of the Eastern Conference with a league-worst 11 points at the halfway point in its inaugural MLS season. The team payroll ranks 20th of 24 clubs in the league at $8.8 million guaranteed compensation, just behind historically budget-conscious New England Revolution (19th) and the Colorado Rapids (18th), who also experienced coaching changes recently. Success isn’t completely tied to salary spending, though -- FC Dallas (21st in payroll), New York Red Bulls (22nd) and the Houston Dynamo (24th) are all doing just fine with smaller budgets, currently sitting in playoff positions.

Minnesota, which began with an even lower payroll than FCC does, is a much easier comparison because it carried eight players up from its NASL roster (Cincinnati had nine USL holdovers to open the preseason) and started just as poorly. The Loons finished in the bottom three of the Western Conference standings in both 2017 and 2018 with a combined record of 21-38-9.

“For sure we look at them, at what they did in the past, but for now the focus is on us,” FCC interim coach Yoann Damet said. “We are more focused on us, on our preparation for this week. We've been watching them more closely in their past few games to prepare for this weekend.”

Minnesota’s payroll ranked 19th of 22 teams during its first season in 2017, at $5.3 million. That jumped to $8.2 million in 2018 (still among the bottom) and to $9.2 million this year, which ranks 15th. The Loons didn’t have any designated players in Year 1 (FCC has one DP and Allan Cruz is a “young DP”), but last March they brought in Darwin Quintero, a 30-year-old forward from Colombia, and now United uses all three DP spots on the roster. Similar to Atlanta, Minnesota likely is now seeing the benefits of opening a new stadium as more money is flowing in now. Allianz Field opened this spring.

FCC has its new stadium -- and an expected higher budget for roster spending -- to look forward to in 2021, but in the meantime, the Orange and Blue will try to set their own identity.

“We try to create our own club philosophy, we try to get all on the same page, build from our ideas and the vision of the ownership group, and that's what we try to do right now,” Damet said.