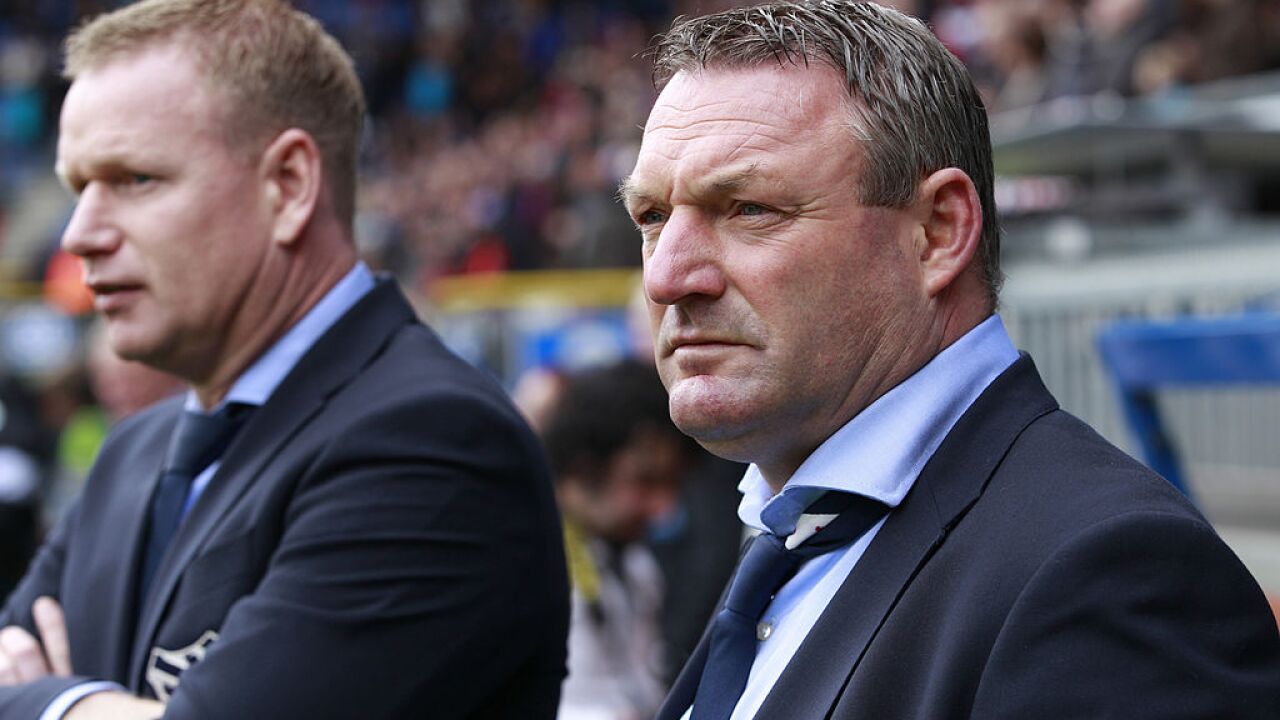 The club formally introduced new head coach Ron Jans in a press conference Monday morning, reuniting him with general manager Gerard Nijkamp, who served as his former technical director while he coached PEC Zwolle from 2012 to 2017.

Jans, a 60-year-old native of The Netherlands, signed a contract through Dec. 31, 2020. He will conduct his first training session Tuesday, and his first game will be the “Hell is Real” derby at Columbus Crew SC on Saturday.

“We are excited to make a fresh new start here today as we build this club,” Nijkamp said.

Jans has been coaching since 1991, but in his most recent stint he joined PEC Zwolle as Nijkamp’s first hire in October 2012. By the end of their first season together, the duo led Zwolle to its first major trophy in club history when they won the KNVB Cup, 5-1, over Ajax. The KNVB Cup is the Dutch equivalent to the Lamar Hunt U.S. Open Cup.

In 2014-15, while Jans led Zwolle to their second-straight KNVB Cup final appearance, the club won also the Johan Cruijff Schaal – the Dutch Super Cup – before the 2015-16 Eredivisie campaign began. Jans and Nijkamp continued working together until 2017, when Jans left PEC Zwolle to become technical director at Eredivisie club FC Groningen, where he spent the last two seasons.

“(Ron) was very successful in our former club, PEC Zwolle, and that's not only because we were winning cups but I think more we built something,” Nijkamp said. “We created something together, in my role, but especially in the role Ron did for PEC Zwolle at that time. It convinced me he could be a good person and the right person we have to take on board for our project, to build this club to the next level.”

While at Groningen, Jans realized he was a better coach than a sporting director, so he decided to take a sabbatical at the end of the 2018-19 season. Around that time, Nijkamp called to see if he might have interest in joining him in Cincinnati as the club’s new coach.

Jans took some time to talk to some Dutch players who had spent time in MLS and others involved in the league, then participated in a one-hour conference call with some of Nijkamp’s colleagues at FC Cincinnati and was intrigued. But president Jeff Berding’s four-hour visit to Holland at the beginning of July showed how serious the interest was.

Berding helped convince Jans’ wife, and after a four-day visit and attending FCC’s win over Houston Dynamo on July 6, they were ready to get on board. Obtaining a visa delayed the announcement until Sunday, and he was introduced at FanFest that evening.

“I realized I want to work with people who have a plan, who you can trust and where you can build on something and they convinced me and my wife to come over,” Jans said. “My greatest desire is to be part of the legacy of making FC Cincinnati a respectable club in MLS and play in the playoffs in the future.”

Jans takes over a club that sits in last place in the Eastern Conference at 5-17-2 with a league-worst 17 points. Yoann Damet had been serving as interim coach since the club fired Alan Koch on May 7 and now will switch back to an assistant role on Jans’ staff. Damet and Stern both signed two-year contract extensions to remain with the club through Dec. 31, 2022, and former Dayton Dutch Lions coach Ivar van Dinteren also will join the staff to replace Pa-Modou Kah.

The Orange and Blue went 3-10-0 under Damet, but his main task was implementing a new style of play – a Dutch brand of 4-3-3 soccer that is built on possessing out of the back – and improving the culture of the locker room during a difficult start for the club. Now, Jans can focus on the product on the field.

“There’s a lot on his (Damet's) shoulders, and I'm delighted to take that pressure on my shoulders and work together,” Jans said.

FCC has 10 matches remaining, but Jans said he wants to speak to each player individually before establishing a common goal for the remainder of the season. The turnaround process begins now, though.

“I am not Ronnie Potter, who has a magic stick and we win now all the 10 games we have left, but I want to be part of the progress of the club and in one year's time I would like to be better,” Jans said.

"Bottom of the table, it can only go better, so let's do it."