Coaching candidates narrowed down to one
Posted: 7:00 AM, Jul 10, 2019
By: Laurel Pfahler | WCPO contributor 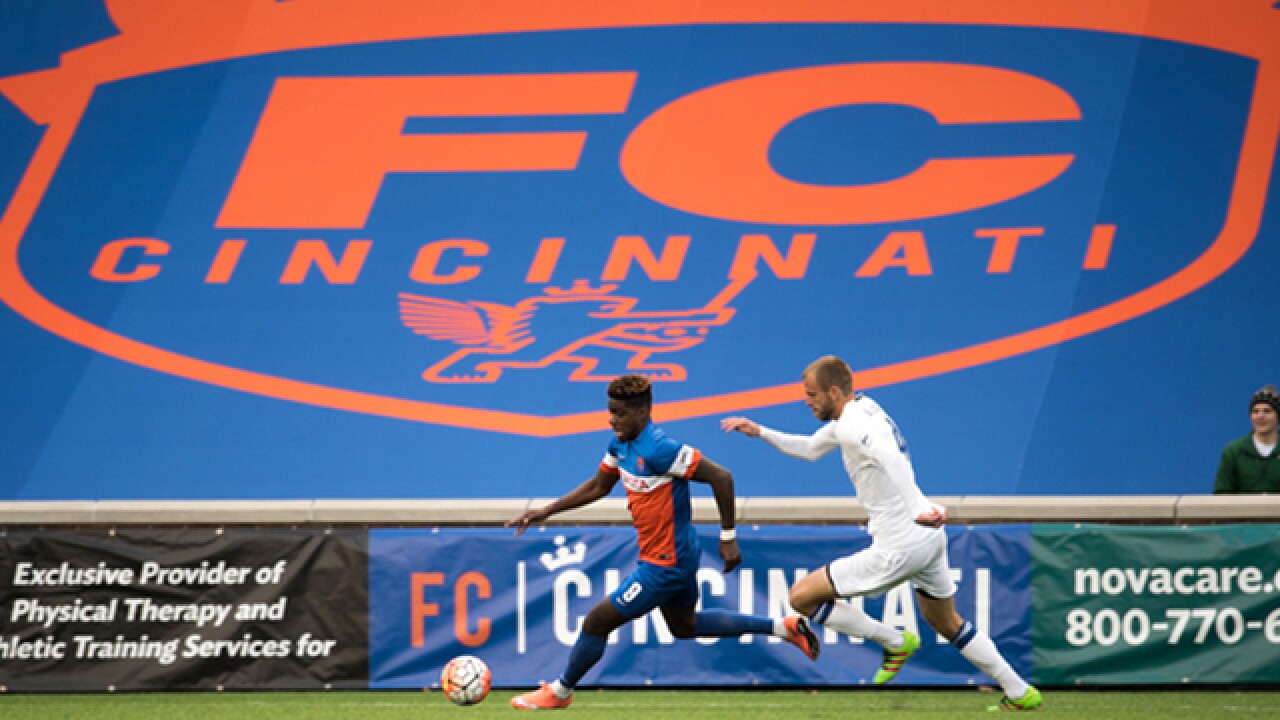 CINCINNATI — FC Cincinnati general manager Gerard Nijkamp is still finishing up his commitment with PEC Zwolle in The Netherlands, but he has been plenty busy for the Orange and Blue.

Nijkamp immediately was tasked with finding a new head coach while also juggling potential player moves with the opening of the summer transfer window Tuesday.

He already has made progress on both ends. Nijkamp said during a conference call Friday he has the coaching search down to one candidate who interviewed with him and club president Jeff Berding last week, and FCC recently signed Dutch center back Maikel van der Werff. The acquisition was pending the receipt of his P1-Visa and International Transfer Certificate (ITC) with the opening of the transfer window.

“I'm working hard together with my team of directors, like (technical director) Luke (Sassano), (interim coach) Yoann (Damet), (director of sports performance) Gary (Walker), also (academy director) Larry (Sunderland), to talk about things happening on a daily basis, but also to look forward to the future and to build the club in the philosophy and the playing style and identity,” Nijkamp said.

Nijkamp said the club is in no rush to hire a coach, but FCC does plan to be active during this secondary transfer window to help improve the squad and find players that fit the new style of play that Nijkamp wanted.

After bringing in van der Werff, FCC is now concentrating on forwards, wingers and a left back since Greg Garza remains out with a calf injury. Cincinnati has only one vacancy on the roster and likely will need to move more players out to accomplish the goals for the summer transfer window.

“We have to do something in this roster,” Nijkamp said. “We cannot change the whole team. That is not necessary because there are really some guys who have the green light; we want to continue and maybe extend the contract after this season, but there are also some players in (yellow) that we are thinking … maybe yes or no for the future but for this season is OK. Then there is a group of players that are in the color red ... that we think we have to move because there is no future anymore in our club. It's better for the player but also the club to move them, and we try to do that this window."

Technical director Luke Sassano said to expect at least one or two more acquisitions, but it just depends on the timing with the players, the club they belong to and whether FCC can make room on the roster. The summer transfer window remains open through Aug. 9.

In the meantime, Nijkamp also will continue working to hire a new coach, a process that began before he came on board at the end of May and since has evolved.

A group called “21st Club” conducted an analysis of the candidates -- more than 100 expressed interest -- and Nijkamp narrowed it down to a short list of about seven or eight. But instead of the original plan to offer a 2 1/2-year contract, the club decided to change directions and look more short term.

FCC is now looking at an 18-month contract to get to the opening of the new stadium in the West End before re-evaluating. The coach will be given a chance to stay longer if it works out well.

“Some potential candidates are living in Europe, but also we have a potential candidate living in America,” Nijkamp said. “From there on, we made some conclusions, continued some weeks, and at a certain moment we decided to change a little bit the procedure to go more from the thinking we need a person who can help us the next 2.5 years and going into the new West End stadium to going to more of a caretaker to bring us through this season and hopefully one more season if everyone is happy."

Nijkamp said the candidate who interviewed last week is one whom he would like to have more conversations with, and the club has not extended an offer yet. All parties need to decide if it is the right fit for the club and the coach.

When asked if a shorter contract limits his options, Nijkamp was adamant it would not.

"We received a lot of emails and phone calls from agents who represent high-profile coaches, and they want to come to FC Cincinnati for six months, 18 months, 2 1/2 years, because they believe in the project,” he said. “They see what is happening in our stadium, in the city. The fight is there. Of course we want to also find the results and we are working hard on that part. We are not talking about this being a lower-profile coach, because we want to find only a guy for 18 months. These candidates we are talking with now have very high-profile, big experience. They did the job already several times, and I think the needs, the wishes for the club and what I think what is good at this moment supports the team and to guide our team through more wins. We will find them, and I think we will find the solution."

Nijkamp said he has “a lot of confidence” in Damet in the meantime, especially as FCC returns more players who had been absent because of injury or the CONCACAF Gold Cup. The Orange and Blue suffered through a six-game losing skid after winning the first game under Damet’s watch, but Nijkamp doesn’t fault Damet. Adjusting to a new style and system of play takes time and any coach would have struggled with such limited numbers the past few weeks during the Gold Cup.

FCC heads to Chicago this weekend coming off a 3-2 win over Houston.

Damet, the league’s youngest coach right now, won’t be considered for the head coaching position because the club needs someone with more experience. However, it seems Nijkamp wants to keep him involved for the long term.

“We are very proud in the way he's doing things and how our communication is, but at this moment, we think -- and Yoann is 100% in agreement on that -- he must not be the candidate for the next 18 months,” Nijkamp said. “He must be the coach who controls and balances the long term for the club and building that foundation. He's a very important person in that process."