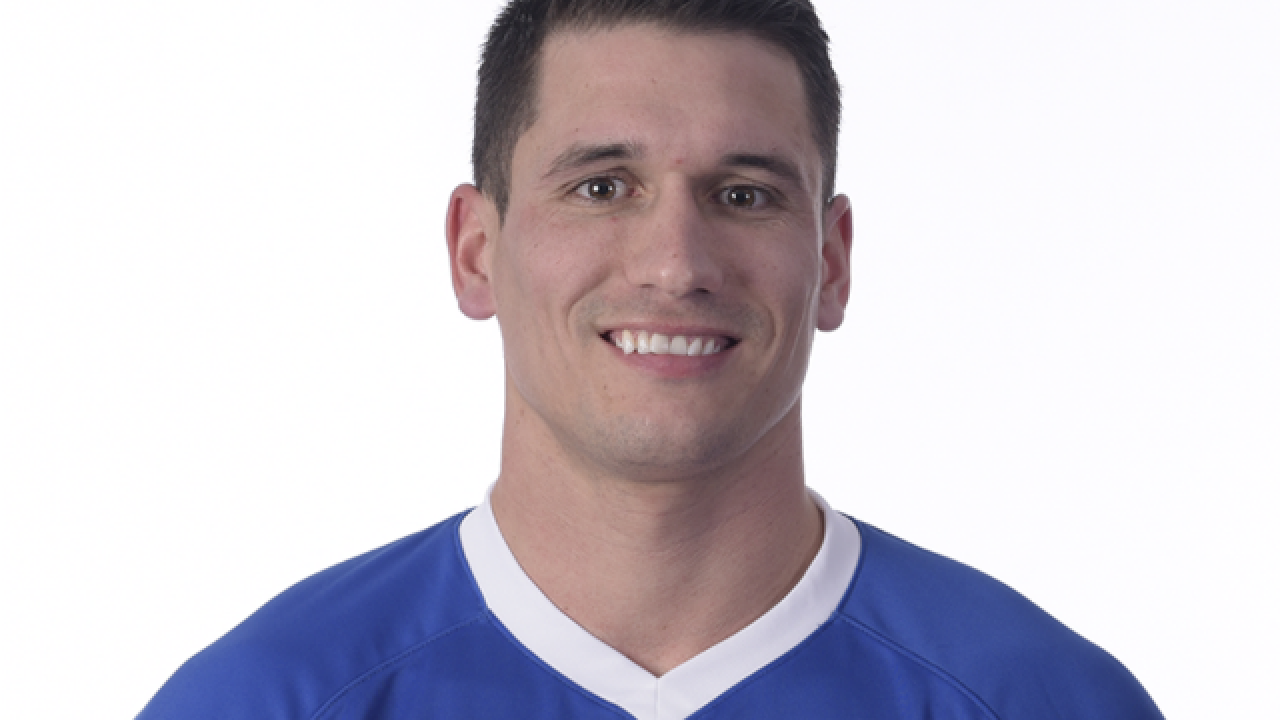 Copyright 2018 Scripps Media, Inc. All rights reserved. This material may not be published, broadcast, rewritten, or redistributed.
<p>Danni Konig</p>

CINCINNATI - Danni Konig dribbled through Nashville’s defense to score the fastest goal in FC Cincinnati’s three-year history just 30 seconds into the match, and the Orange and Blue maintained the lead for 85 minutes.

They couldn’t hold on long enough, though.

Nashville forward Tucker Hume played the role of the spoiler, scoring an equalizer with five minutes left to prevent Evan Newton from collecting a fifth straight clean sheet, and the Orange and Blue, the United Soccer League Eastern Conference leader, settled for a 1-1 draw Saturday in front of 27,416 fans at Nippert Stadium.

“At the end of the day, we didn’t play our best game,” Konig said. “The small details are what makes the difference. I scored an early goal and, of course, that makes us a little more deep. But they scored five minutes from time, and that’s always tough to swallow.”

FC Cincinnati (13-3-6, 45 points), which had a six-point cushion entering the weekend, extended its unbeaten streak to 11, but saw second-place Pittsburgh move within five points.

Here’s a deeper look at the match:

1. Quick goal, few other chances: Konig made scoring against Nashville look easy when he dribbled down the right flank, cut inside to beat the final defender and pushed a tidy left-footed shot to the far post from the penalty spot not even a minute into the game.

Nazmi Albadawi had intercepted a pass at midfield to begin the counter attack, and Konig went against his tendency to favor the right side when he cut across to the middle of the box for the shot, which gave him his team-leading 10th goal.

“If you can score early, it’s fantastic,” FC Cincinnati coach Alan Koch said. “The challenge when you score early, a lot of the time you think, ‘It’s going to be easy tonight.’ But it wasn’t easy and it certainly didn’t end up easy.

FC Cincinnati went flat after scoring, and their remaining opportunities would be few and far between. Nashville dominated possession for much of the match, taking advantage of 17 interceptions to increase its time on the ball to 52.4 percent (a number that was much higher at various points in the game), and the visitors outshot Cincinnati 19-4.

FC Cincinnati was fortunate to hold Nashville off the board as long as it did, but eventually the defense broke down. Tucker Hume found an opening from the top of the box with three defenders chasing a short tap from Ropapa Mensah after Hume had initially passed off the ball following a cross in from the left side. Newton finished with four saves, and Nashville goalie Matt Pickens had two.

“Disappointing performance, disappointing result, disappointing game in so many respects,” Koch said. “It was probably the game this season that I’m most looking forward to going and reviewing. Obviously, we take responsibility, I don’t think we played our best game, and you’re going to have games like that throughout the course of the season.”

2. Inconsistency in officiating: Koch said in his post-game press conference that he had preached “no excuses” to his team before the game, but moments earlier he had complained of inconsistencies in the officiating.

He wasn’t wrong. A boisterous crowd seemed to agree with his assessment, often booing fouls that were called against FC Cincinnati or not called against Nashville.

Cincinnati conceded 13 fouls, while Nashville was whistled for seven. Three of the fouls on FC Cincinnati resulted in yellow cards, while the visitors’ two cards were from “time wasting” and “not retreating” (encroaching on a free kick) in stoppage time before the final whistle.

"I don't think that's where the game is now. It's 2018. Every element of the game needs to develop and get out to the right standard.”

Emmanuel Ledesma, arguably the team’s best player with nine goals and 10 assists this season, seemed to be taking the brunt of the physical play from Nashville and couldn’t buy a call.

3. A much-anticipated debut: A portion of the crowd took notice when Adi – the biggest of three signings this week – began warming up, but when he eventually came on in the 73rd minute he was given a warm welcome almost comparable to the cheers for Konig’s goal.

The only difference was there were no chants or smoke to go along with the applause for Adi, and probably some casual fans didn’t know who he was or why it was significant for him to enter. The supporters groups in The Bailey did quickly change their main banner to a new one that said "Cincinn-Adi, here we go,” as a play on his name, the city and one of the most well-known chants.

What a beautiful atmosphere,thanks @fccincinnati for that huge welcome,not the best result but we will only get better,onto the next

Adi’s beginning with FC Cincinnati almost came full circle to how his five-year career with MLS side Portland Timbers came to an end. He closed the book in Portland by scoring the game-winning goal in the 80th minute, shortly after subbing on, and Cincinnati almost received a similar treat when Adi went up for a header on a Ledesma cross and Pickens just barely pushed it over the crossbar for the save.

That was Cincinnati’s last shot of the night, in the 81st minute, and Adi’s lone attempt.

However, the Orange and Blue hope to get more from the prolific goal-scorer in the future (he had two 16-goal seasons and one 10-goal season), and it wouldn’t be surprising to see a few Ledesma-Adi combinations.

“This week was an emotional week for the group, for the club, for the fans, for everybody,” Koch said. “It’s somewhat fitting that it ended up being an emotional night. We focus on the collective, that’s the most important and individuals are very important. It was great to see Adi make his debut tonight.”

Tyler Gibson: Gibson made his first USL appearance with FC Cincinnati, coming on for Kenney Walker in the 67th minute. He had enjoyed his club debut last weekend in the international friendly against RCD Espanyol, when he subbed on to play 25 minutes at the start of the second half, but this was another big step in his recovery from a broken leg suffered Feb. 4 in the preseason.

Gibson had some solid touches on the ball and finished with an 83.3 percent passing accuracy. The key will be building chemistry and getting up to game speed and conditioning for a more extended period of time.

Danni Konig: Konig is one of the players that could see a decrease in playing time with Adi on board, but he showed it won’t be an easy decision.

He scored the team’s lone goal Saturday and almost had a repeat with a similar run into the box in the 15th minute. But instead of cutting inside, he went to the outside and got bumped off the ball (he argued the no-call to no avail).

He also showed some aggressive play in going for 50-50 balls or trying to win back possession.

Konig began the season coming off the bench in a lot of games but proved to be a big threat when paired with Ledesma up top. The two have combined for 19 goals this season.