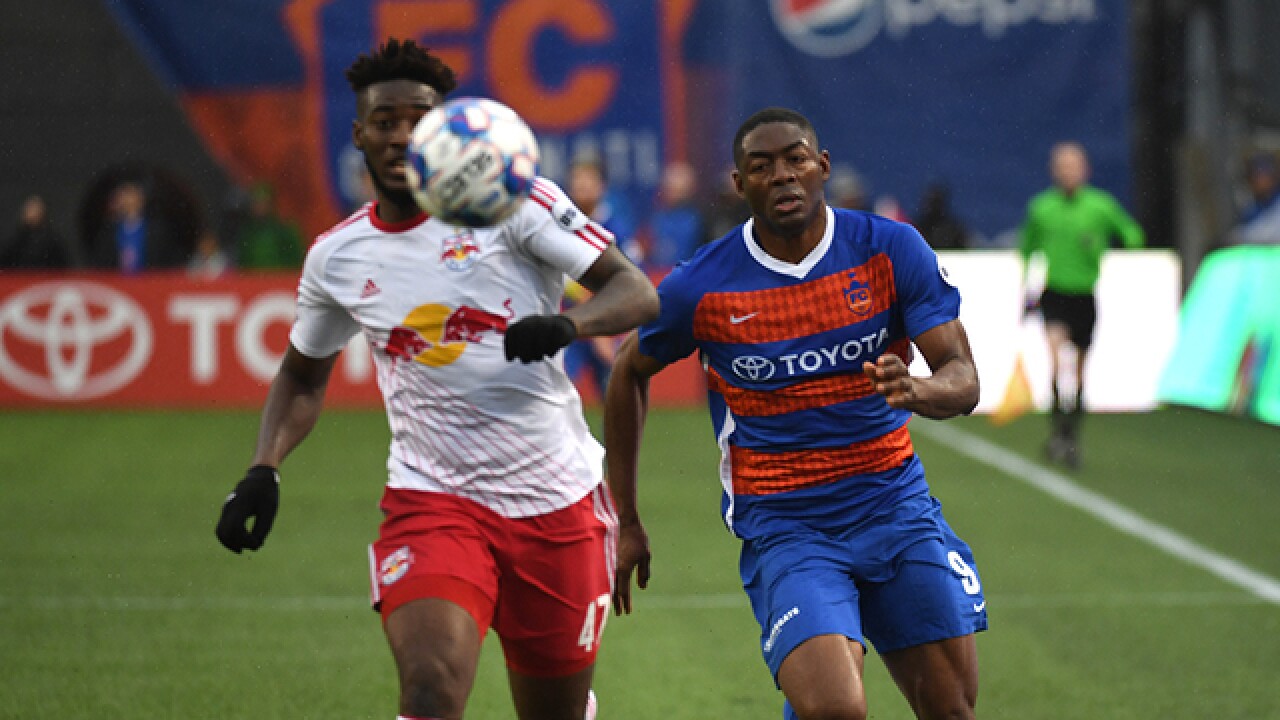 WEST CHESTER TOWNSHIP, Ohio — FC Cincinnati coach Alan Koch has been saying his team, which has gone a full month without a goal in open play, needs more attacking options available. His wishes will soon be granted: Starting forward Fanendo Adi is returning to the team early.

Adi pleaded guilty Tuesday to a reckless operation charge after being accused of driving while impaired in late March. He was fined $250 and given a suspended jail sentence of 30 days that will be waived after one year of good behavior, and his license was suspended 180 days but with occupational and family driving privileges.

Adi had been sidelined by an ankle injury and was nearing a return to practice before 3:41 a.m. March 3, when he was pulled over by a state trooper in Butler County. Court records show he was traveling 102 mph in a 65 mph zone (the speeding charge was dismissed) and he had a .124 blood alcohol count, which was twice the legal limit.

“Fanendo is making progress,” Koch said when asked for an update on Adi. “I just had a chat with (director of sports performance) Gary (Walker), who he's working with on the side. We hope to include him very, very soon, maybe even tomorrow in terms of training with the team.”

Following Adi’s original April 1 court appearance, he immediately entered the league’s Substance Abuse and Behavioral Program and was barred from all team activities. He returned to Cincinnati the following week but was only allowed to do conditioning and rehab work off to the side at Mercy Health Training Center until MLS makes a decision on any possible punishment Adi might face with the league.

MLS was conducting its own investigation, and a league spokesperson on Wednesday said that information would be sent out via press release when ready.

In the past, players suspended for OVI charges have missed about four or five games.

Adi has now missed five and a half games, the last three while unavailable because of his legal situation, and his absence has been greatly felt. The club has just two other forwards on the active roster — Darren Mattocks and Kekuta Manneh — and FCC has scored just one goal — a penalty kick converted by Mattocks in a 1-1 draw with Sporting Kansas City on April 7 — since March 24.

Koch said the lack of scoring is a big problem and the team needs more attacking options. Emmanuel Ledesma also can play forward but has been out with a hamstring injury and resumed training with the team Tuesday and Wednesday.

If he and Adi are both available this week, FCC's offensive group will be back to full strength. Left back Greg Garza is the only other player known to be out because of injury.

The Orange and Blue especially needs some depth as prepare to embark on a road trip that features three games in eight days.

They play at New York Red Bulls on Saturday, which will be followed by a mid-week game at Philadelphia Union on May 1 and then a May 4 match at San Jose Earthquakes.