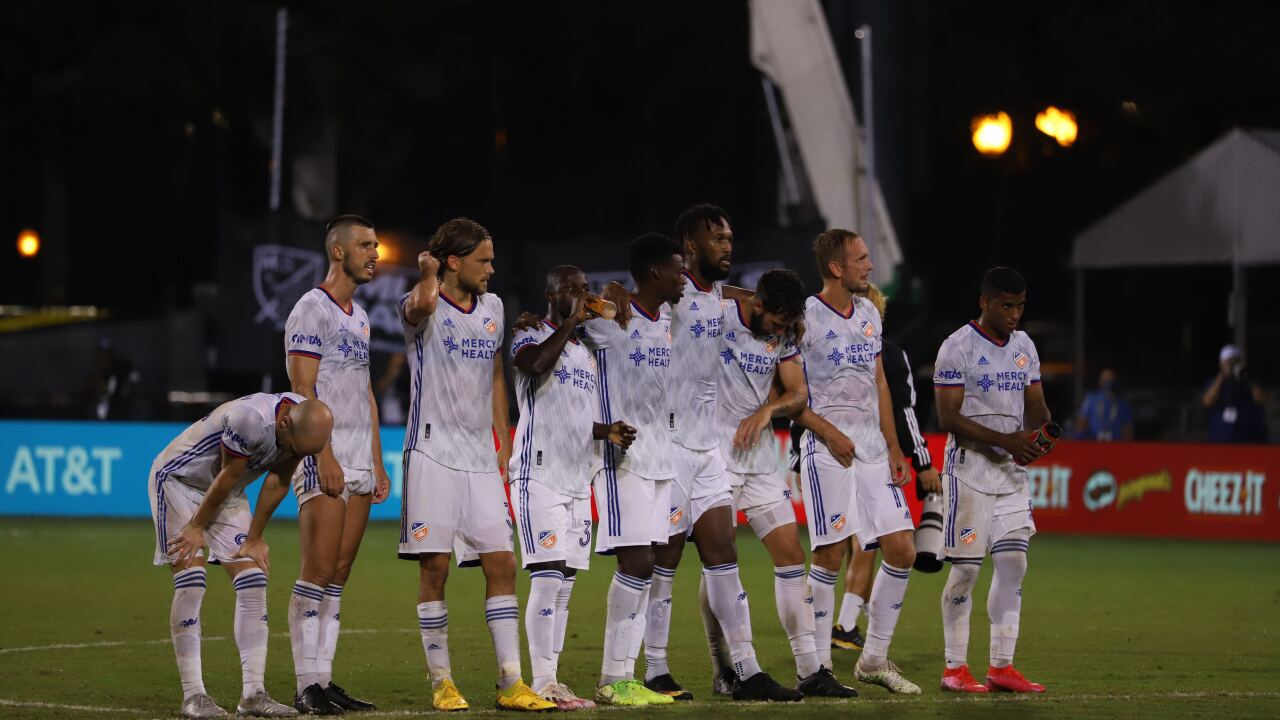 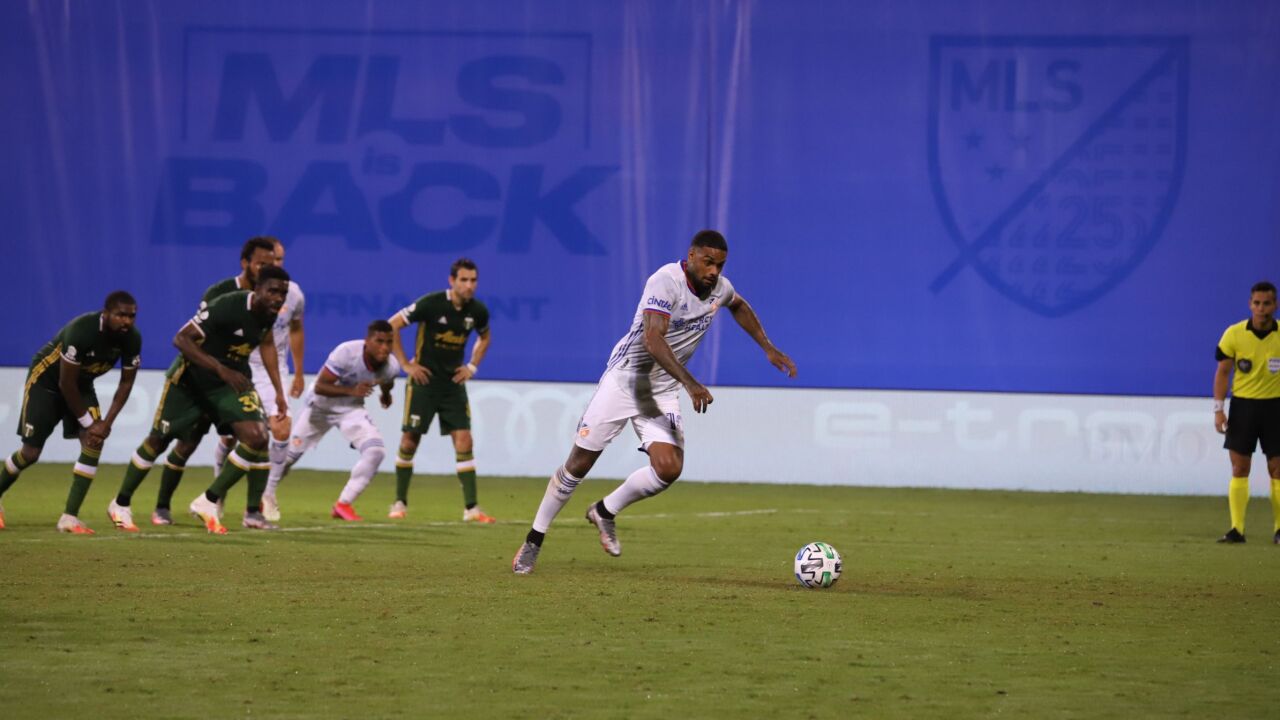 ORLANDO — Before Mathieu Deplagne knew his second-half goal Tuesday night was going to be wiped by a review for offsides, the FC Cincinnati defender celebrated with his teammates as though he were driving a bus.

It was a fitting nod to new coach Jaap Stam’s approach to recent games and how well it worked for the Orange and Blue.

FC Cincinnati took some criticism from national media for “parking the bus” and sitting back defensively during its run in the MLS is Back Tournament. The tactical change to a five-back system after a 4-0 loss to Columbus Crew in the team’s group-stage opener proved successful, though, and the Orange and Blue were one step onside – or one made sitter from Jurgen Locadia – away from advancing to the tournament quarterfinals.

Cincinnati drew with Portland 1-1 in the Round of 16 late Tuesday night but fell in penalty kicks, 4-2, to end its tournament run. The team went 2-1-1 and finished as Group E runners-up, despite entering as the perceived weakest team in the four-team group.

“Penalties, we know, it's always a gamble,” Stam said after the game. “Some you can miss, some you can score. The players took their responsibility, that's what matters. That's what you need and, unfortunately, we're not going to go to the next round. We go back home, but from all of this, from the whole tournament, from the whole period that we've been working together – I think it’s five weeks, six weeks – now, a lot of positives within the team. How the team is approaching the game, what they're doing when they're conceding at the moment that was in the beginning of the season, it was a lot different. They went for it. They’re willing, the work ethic within the squad as individuals, but also as a team. So, we're very happy with what we've seen. The most important thing for us is now to know to wait for when the season is going to start and to hopefully do well in that.”

The team now returns to Cincinnati to continue training for the expected resumption of the regular season in a few weeks. MLS has yet to announce its official plans, but the goal is an 18-game revised schedule to be played in home markets.

FC Cincinnati will use the next few weeks to continue working on Stam’s system – which could shift between a 4-3-3 and 5-3-2 or 5-2-3 -- and to figure out how he can insert players like Siem de Jong, Allan Cruz and Locadia on a regular basis. All three suffered injuries in Orlando and subbed on in the second half Tuesday but proved to be difference makers in giving the team late opportunities. Stam ideally would like to be more of an attacking team with a solid defensive base.

Locadia, who had been out with a quad strain since injuring it during training July 2, had only one full training session Monday before returning to play. He maxed out the time trainers thought he could play, but those minutes were beneficial for getting him prepared for the rest of the season. Tuesday’s game did not count toward the standings, though the three group games did (moving FC Cincinnati into eighth in the Eastern Conference).

“I'm happy and lucky I can get out of the game (Tuesday) with no pain, no injury again, but it's just one game in kind of a preseason,” Locadia said. “It's a good step for me toward real competition.”

Stam said the tournament was helpful in gaining some confidence. FC Cincinnati finished as the worst team in the league last year and started the season with two losses in March before the COVID-19 shutdown and the disappointing loss to Columbus to resume play four months later. He hopes to keep building on the last three games, which included wins over Atlanta and New York, although there will be a long break before the next match.

“For the next steps, it’s again working together in training sessions and getting a better understanding with each other and how we want to play and what we want to do to get more comfortable in the things that we need to do, and then hopefully we can show that in games,” Stam said. “We're not sure when the season is going to start. There's no games probably in between again, so that's a shame. But we need to do it and we need to show it on the training field and that's what we're going to be doing, and hopefully, we can make progress in doing that. But also by playing games again in the league we can make a lot of progress.”

Deplagne said it’s been “strange” being in a bubble for the last month in Florida, but called it a “special” experience as well. He remains hopeful the season will resume so FC Cincinnati can continue building on its recent success.

“We are looking forward to show Cincinnati is on the map of the MLS,” Deplagne said.