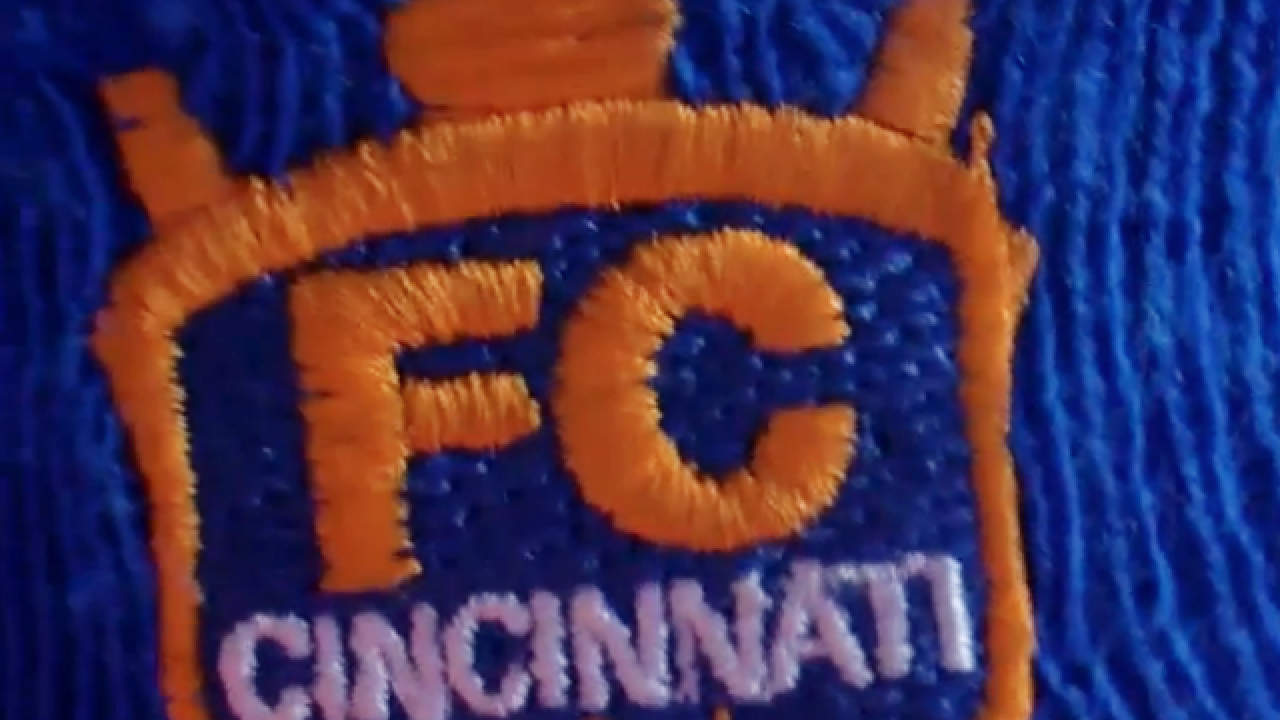 Copyright 2018 Scripps Media, Inc. All rights reserved. This material may not be published, broadcast, rewritten, or redistributed.
<p>FC Cincinnati insignia on fan's cap.</p>

TORONTO, Ontario  –  A first-place team isn’t supposed to go into a stupor against the worst team in the league, but that’s what happened to FC Cincinnati Wednesday night.

The Orange and Blue took the second half off and came home with a disappointing 3-3 draw against winless Toronto FC II.

The three points were there for the taking after FC Cincinnati went into halftime with a 3-1 lead, but they settled for one point with a listless second half. FC Cincinnati got just one shot in the second half to Toronto’s 10 after holding an 11-5 edge in shots in first half.

Nazmi Albadawi, Emery Welshman and Emmanuel Ledesma each tallied one goal and added one assist in the first half.  Ledesma set the FC Cincinnati single-season assist record (eight) in just the team’s 16th game and his 15th appearance this year.

Toronto came back with late goals by Robert Boskovic in the 70th minute and Jordan Hamilton in the 75th minute.  Evan Newton and the goalpost denied two Toronto shots in the 86th minute or the result could have been worse for the ersatz Major League Soccer team.