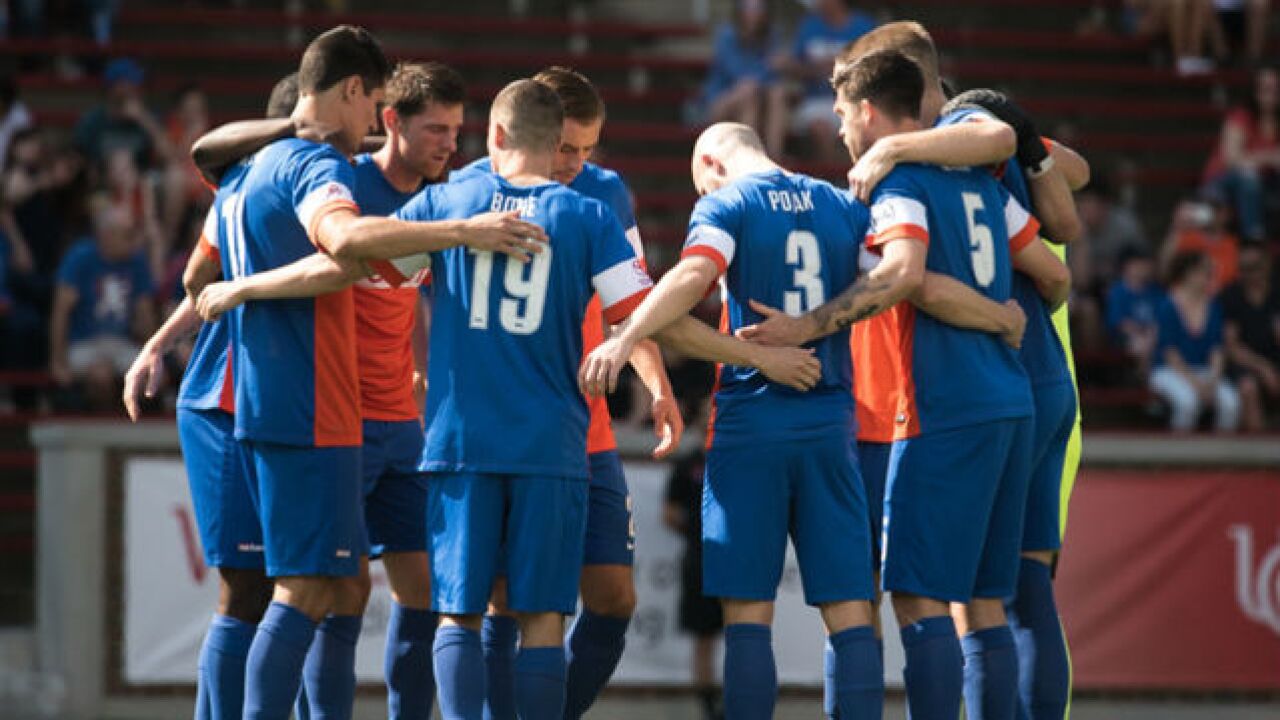 CINCINNATI – FC Cincinnati has upgraded plans for a new soccer stadium and is only days away from announcing a location, expected to be Oakley.

FC Cincinnati is now planning a 25,000-seat stadium (up from 21,000) at a cost of $250 million (up from $200 million), club President and General Manager Jeff Berding said at a news conference Thursday.

Oakley Station appears to be the favored location, but Berding said Newport is still in the running. too. He indicated an announcement on that could come as soon as Friday or next week at the latest.

“If we want Cincinnati to win the bid, if we want to have Cincinnati have an opportunity to have one more boost to this city's future and the comeback that we're seeing in Cincinnati, we need to act now,” Berding said.

Berding didn't discourage speculation that the Oakley Community Council's vote this week to greenlight the project seems to ensure that the proposed stadium, if built, is headed for Oakley Station.

“Oakley has the advantage of having a single owner who is interested in selling the site, a large enough parcel to build a stadium and an adjoining exciting development,” Berding said.

"There's a couple different parcels there. I don't want to identify the very specific parcel, because there’s more than one prospective opportunity.

“We hope to finalize the stadium financing plans, specific to that location, by the end of this month.”

But Berding insisted no final decision has been made. He said the West End and the Ovation site in Newport were also under consideration.

“We continue to work on all three neighborhood opportunities, as we need to because we don’t have everything set,” Berding said.  “We have begun to focus on Oakley as a potential Ohio site. We continue to move on Newport plans as well.”

RELATED: Is Oakley the right fit for FC Cincinnati?

Berding said soccermania in Cincinnati and  FC Cincinnati's overwhelming record attendance in its temporary home at the University of Cincinnati's Nippert Stadium encouraged the club to build a bigger stadium than it had planned.

FC Cincinnati drew more fans last season than 15 of the 22 MLS teams and had almost double the attendance of the second-highest team in the United Soccer League, Sacramento Republic FC.

“What we’re doing now, in effect, is immediately going to the 25,000-seat stadium, which would approximately be $250 million. Our public ask isn’t going to change. We’re still asking for roughly $100 million in support to build the stadium, so the team part becomes $150 million.”

FCC  Cincinnati, which has agreed to pay the $150 million franchise fee, has been negotiating with local governments for that $100 million public contribution. Berding reminded everyone that the club is not looking for a new sales tax.

RELATED: Could ticket tax or hotel tax be key to funding soccer stadium?

Despite FC Cincinnati's popularity, many residents are still chafing from billion-dollar stadium deals with the Bengals and Reds and oppose new taxes for a soccer stadium.

Berding again ruled out Paul Brown Stadium as a potential site for an MLS franchise. MLS is insisting that each new franchise own a soccer-specific stadium, even though some current MLS franchises play in NFL stadiums.

Cincinnati is competing with 11 other cities for the four MLS franchises to be awarded in the next two years.

"I feel confident the Major League Soccer will award FC Cincinnati a franchise" if a stadium plan is finalized and financed, Berding said.