FC Cincinnati broke ground on its stadium two months ago. It finished buying the land today. 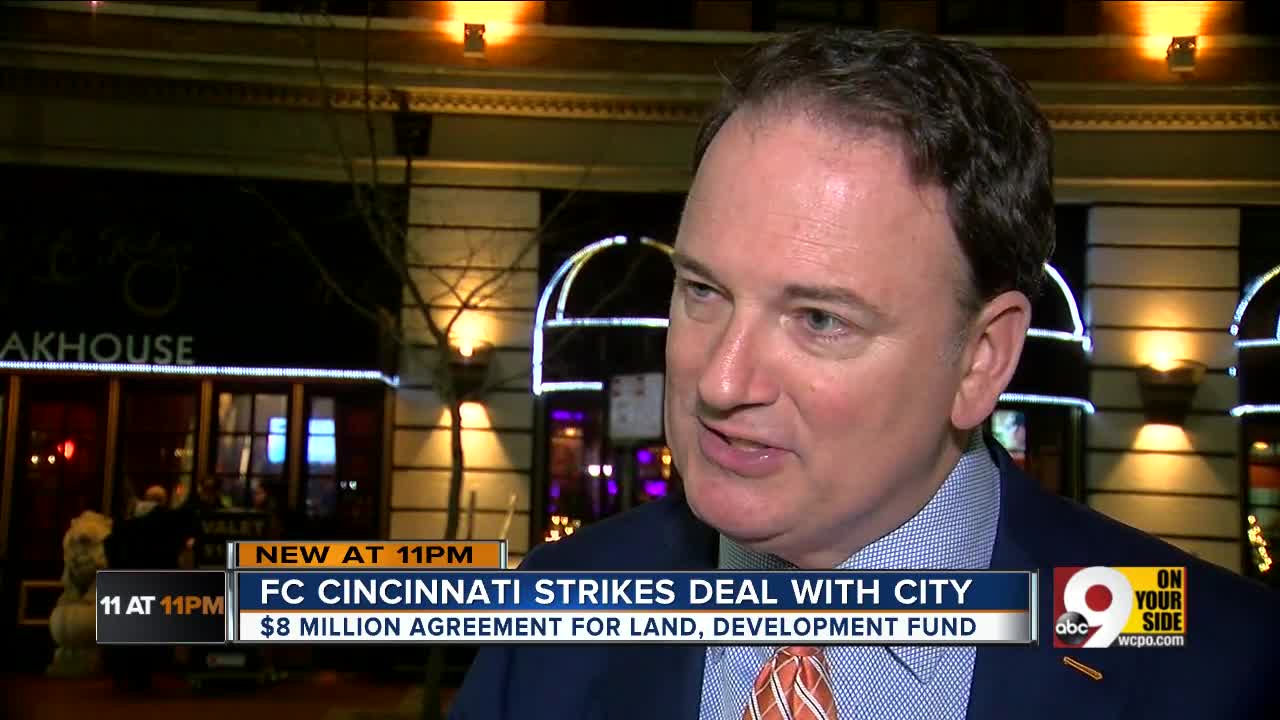 Wait, didn't they do that already? General manager Jeff Berding thought they had.

First and quickly resolved: The revelation that the team had begun building its stadium without actually acquiring all the land it would need to do so.

“We believed we had this worked out previously with City Council,” Berding said. “We were surprised to learn it wasn’t worked out, but we’ve developed a terrific deal that’s a win-win for everyone involved.”

The deal he reached Wednesday night with councilmembers involved paying $8 million — more than twice the land’s appraised value, Berding said — to acquire a plot that had been used as police parking. (Police will move their cars into a garage across the street.)

Much of that money will be funneled into a community development fund, Berding added. The team’s promise to better the West End neighborhood, where the 2010 census recorded a median household income of $12,808, was a linchpin of the community’s ultimate agreement to host them.

Second and stickier: The question of closing Central Parkway on game days. The team claims the closure would be necessary to protect the safety of pedestrians walking to and from the stadium; members of council claim it would overcomplicate traffic.

A majority of councilmembers on Jan. 23 signed a motion pledging to oppose any stadium plan that would involve closing the road, which Councilman Chris Seelbach described then as “a critical artery for our city.”

Seelbach remained passionate Wednesday night, claiming West Enders had clearly communicated they did not want the FC Cincinnati stadium and that imposing additional burdens would disrupt their lives even more.

The stadium deal did face significant opposition from many who worried it would drive residents out of their neighborhood, but a community council reached a community benefits agreement with FC Cincinnati May 16, 2018. Berding cited its support after the meeting.

“We’ve met with the West End community council numerous times,” he said. “It’s part of the conversation. We’ve had no pushback. They voted overwhelmingly to support this privately funded development.”

Council did not vote on the closure issue Wednesday, and the motion its members signed does not have the power of law behind it.

Seelbach said discussions with public safety officials and people living in the West End would help determine the council’s next step.