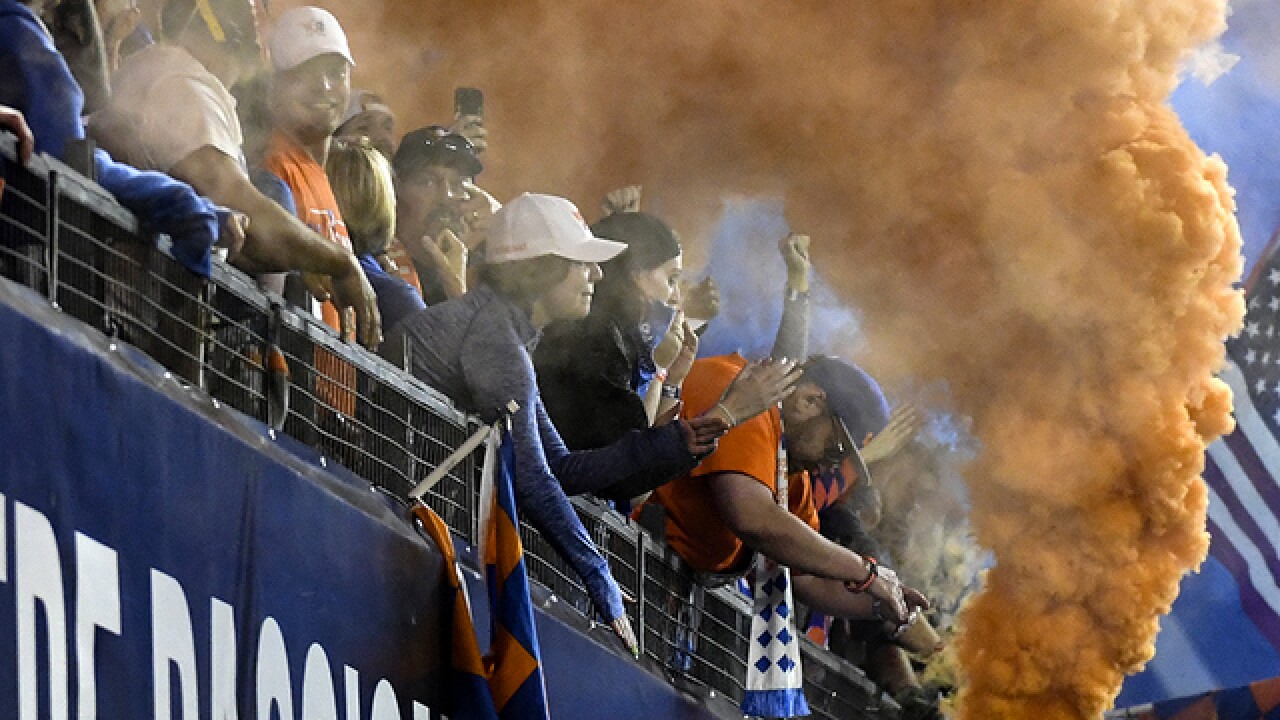 That broke the United Soccer League's record for a regular-season crowd. FC Cincinnati held the old attendance record, too.

In a news release announcing the latest record, the team said they also hope to break the USL Cup Playoffs attendance record (which FC Cincinnati already set at 30,187 in 2016) before they leave the USL and move up to MLS next season.

"The first thing we need to say is 'Thank you' to our fans," Jeff Smith, FC Cincinnati's vice president of ticket sales and service, said in a written statement. "We're so grateful for the passionate support of this city and our community, which has continued to nurture our fan base. The on-field success we’ve experienced has also been a tremendous asset, and between the two factors, we have an unbelievable game day atmosphere that people want to experience and be a part of."

FC Cincinnati will play in Pittsburgh Saturday and Nashville on Oct. 13 before starting their postseason run at Nippert Stadium on Oct. 20.