'I believe in this group' 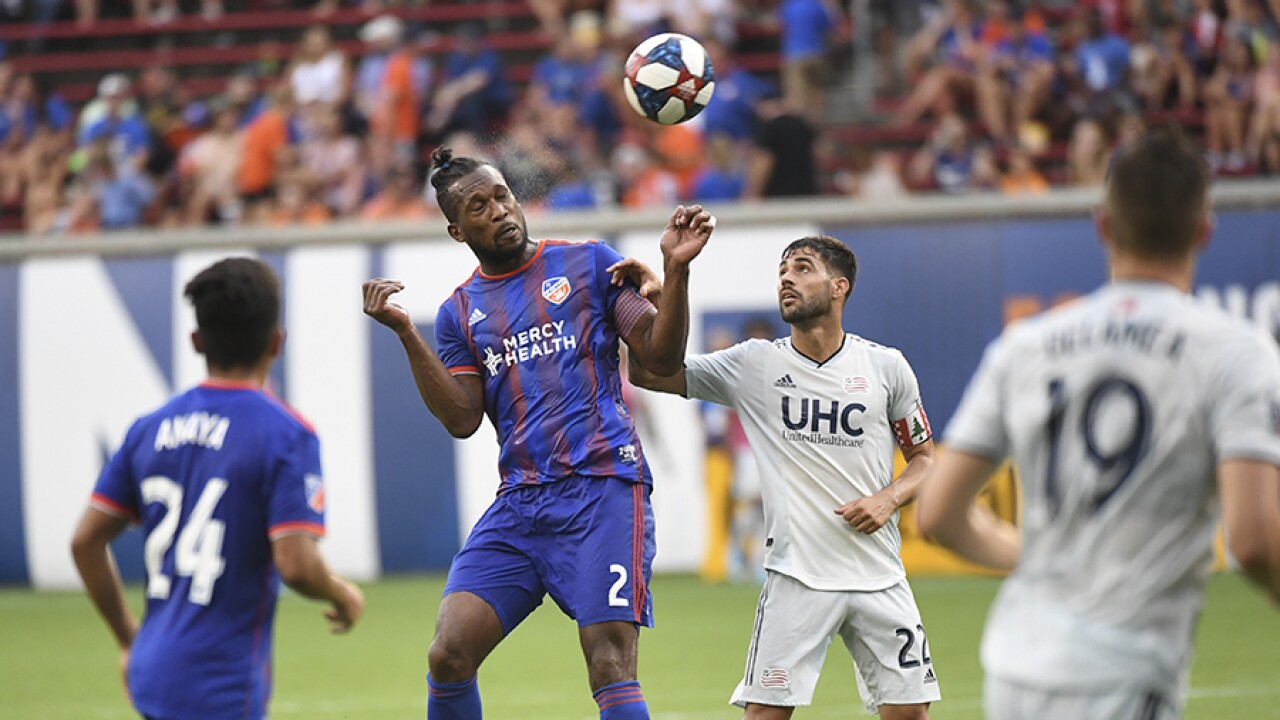 CINCINNATI — Four exciting additions to FC Cincinnati’s attack this year had the club trending upward until the resignation of coach Ron Jans last week, but the players don’t believe that setback will prevent them from showing the improvement they saw this preseason.

Jans stepped down amid an investigation fueled by his use of a racial slur in the locker room while the team was training in Arizona in late January, and now the young club is seeking its fourth permanent head coach since 2017.

Yoann Damet is stepping in as interim coach for the second time in the last nine months, but this time has the benefit of a much more developed roster to work with when selecting his lineups.

FC Cincinnati, which is looking to improve on a 6-22-6 finish last year, will open its regular season Sunday at the New York Red Bulls.

“It's been a crazy preseason, obviously,” left back Greg Garza said. “I think that it's been good for us to go through a bit of adversity and a bit of ups and downs within what preseason was, just to become more of a team to really work together and be as together as possible to hopefully start off the season much better than what it was last season.”

Then-head coach Alan Koch was fired just 11 matches into the season, and Cincinnati surrendered an MLS-record 75 goals while managing to score only 31 goals in 34 matches. The team finally began to see some progress over the final month.

Jans, who arrived in August, finished 1-5-4, but FC Cincinnati went 1-1-3 in the last five games, and the roster rebuild this offseason created more positivity for 2020.

Players and staff admit that the circumstances around Jans’ resignation have been a distraction, but they say they are trying to move forward.

“It's impossible to say that it wasn't a distraction,” Damet said. “I think that affected everyone, the players and staff. That had an impact on all of us. Now it's time to move forward, and I think the players have made a step in the right direction. It's difficult to assess today the impact that could have on the beginning of the season.”

FC Cincinnati hopes to have a new coach in place within the next two months, but general manager Gerard Nijkamp said he won’t rush the process. He’s still working on a short list of candidates to interview.

The returning players from last year already have been through all this before amid several changes they experienced during a trying inaugural MLS season. A few weeks after Koch was fired, FC Cincinnati finally hired an actual general manager as Nijkamp took over soccer operations. He immediately established a clear plan for the club, including a focus on the Dutch build-from-the-back system of possessing and attacking.

Jans added his own twists but quickly realized the players he had weren’t capable of implementing the system the way he wanted, and the club moved forward this offseason intending to give him a roster better suited to his style of play.

“That's life,” Garza said. “You always have change in life. There's always something that you have to take on, some trial, some sort of test that you have to go through within life itself. … Even playing in Tijuana with the five years that I was there, I probably had about five or six different coaches, so you go through change quite a lot and you kind of have to adapt as quickly as possible, and whatever that coach wants to implement and their style of play and their lifestyle of living off the field as well as what they want out of their players.

“I think the most important thing for us, especially with everything that's happened, is just to stay as tight as we can within the locker room and try to build forward for whatever next trial we have to go through.”

For Damet, it’s like night and day taking over the team now compared to last May. For one, now he has head coaching experience, but also he knows the clear path the club is taking and brings a great understanding of what Jans was trying to achieve this preseason.

“For me, it’s just maintaining that high expectation, maintaining the work within that framework, within that plan,” Damet said. “That's way less change than last year, because we just have to stick to the plan that we created a couple of months ago.”

Nijkamp’s roster overhaul – he sent 18 players out and brought in 13 new ones – makes that plan possible to execute. It started with adding some depth on the back line and adding veteran holding midfielder Haris Medunjanin. However, the attack-minded signings of designated players Yuya Kubo and Jurgen Locadia (a former Premier League forward), veteran winger Adrien Regattin and center attacking midfielder Siem de Jong completed the roster.

Fans will get their first chance to see the new additions Sunday; preseason games in Florida were closed to the public and games weren’t streamed. Kubo and Regattin are available Sunday after acquiring their work visas, and the club hopes Locadia will return with his in hand this week as well.

De Jong has not yet met his new teammates but is expected to be available by the home opener March 14, if not the week before at Atlanta.

“As much as everyone is excited off the field and in the stands, us guys on the field, we're just excited to see those new guys kind of implement their new role within the club and hopefully help us build a much better team this year.”

FC Cincinnati center back Kendall Waston said he has no doubts the team will be better.

“I feel better because we know more about each other and we have different players that came in to join the team and they have great qualities,” Waston said. “They are helping us a lot. And I think with all the information that we have from the coaches, what we've done from Day 1 is really productive.

"Last year was like, 'Oh, how are we going to be,' and now we know what to expect. Red Bulls have a great team, and it is really hard to play there, but I believe in this group. This year, we're gonna do better than last year.”