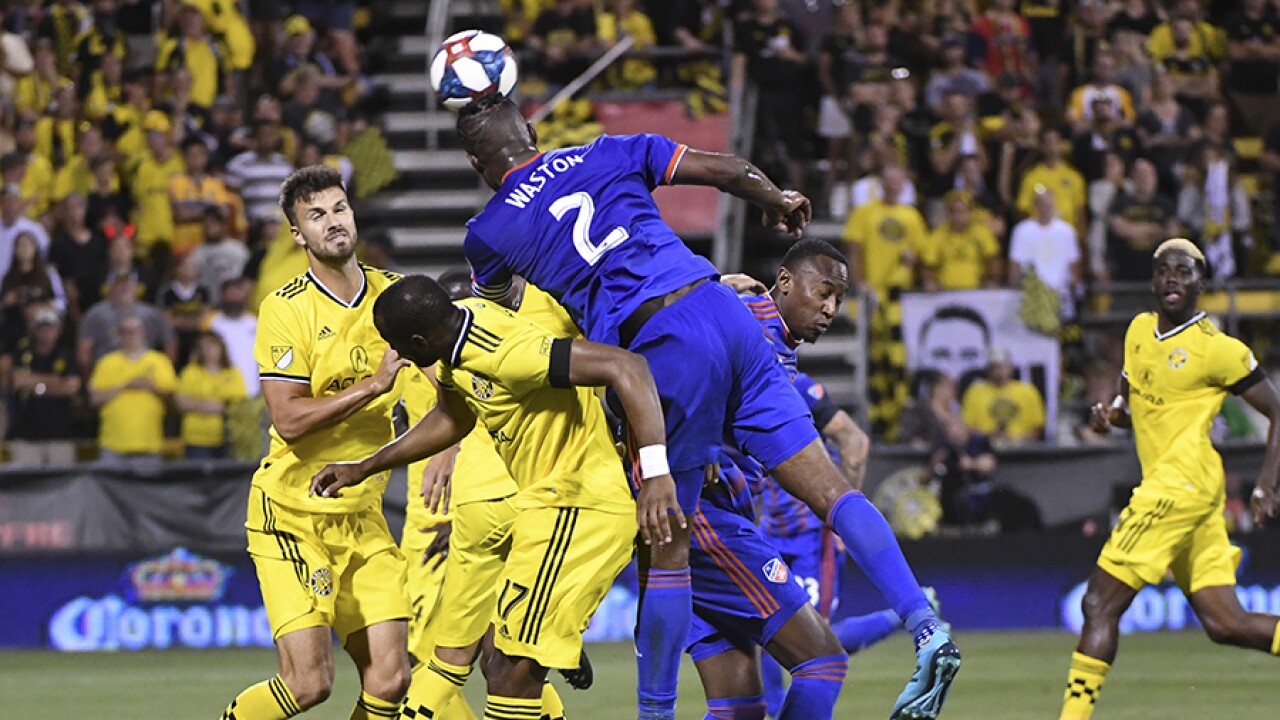 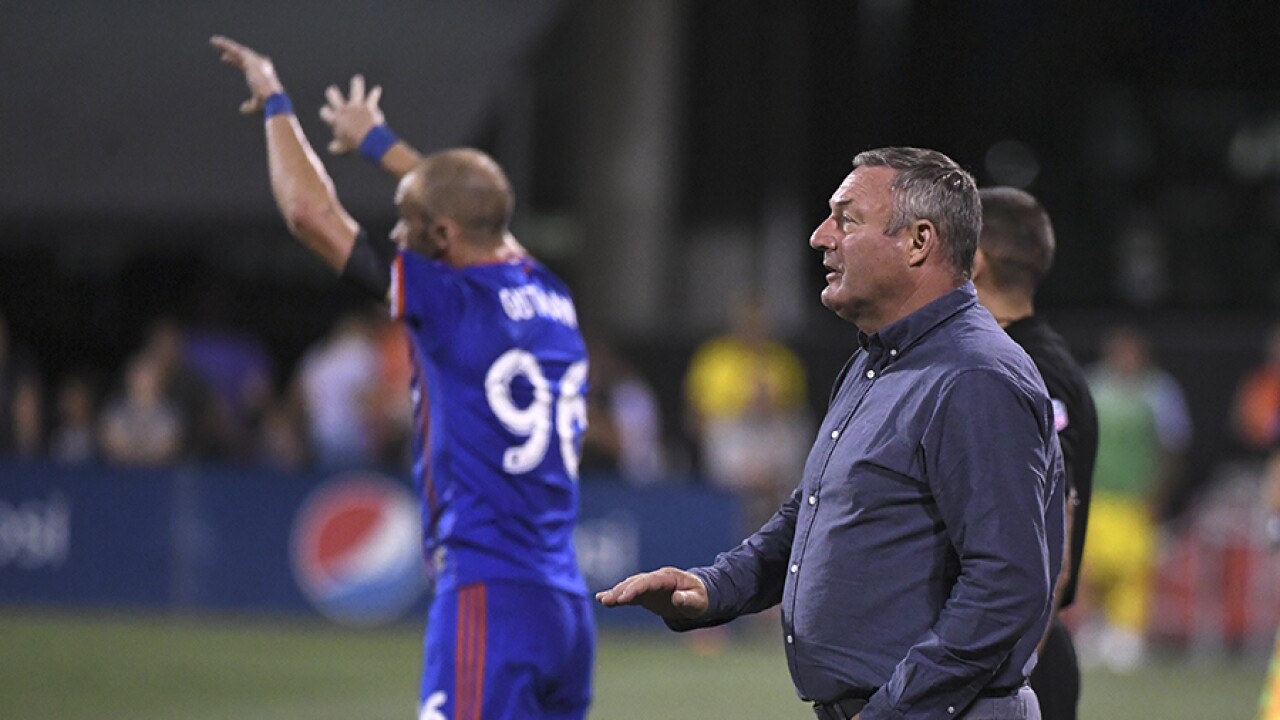 Six players already have taken their exit physicals and are not expected to return, as general manager Gerard Nijkamp and the technical staff begin to restructure the roster toward the style of play Nijkamp and coach Ron Jans want to implement.

FCC (6-22-6) finished its inaugural MLS season with a league-low 24 points and set the record for most goals allowed in a season at 75. But the team showed progress over the last five games, going 1-1-3 and posting three clean sheets – including Sunday while playing down two men for 55 minutes because of red cards.

The positive ending to an otherwise ugly season makes for a nice jumping-off point for the players who remain on contract for 2020.

“We (made) progress, step by step, even sometimes when the results didn't go our way, but if we have a good preseason next year and that same idea how they want us to play and they bring in some players, I think we're going to make a better year than 2019,” captain Kendall Waston said.

FCC will conduct an offseason training program for the next month to cut down on what otherwise would be a lengthy time away from playing, but those who are on contract for next year are the only ones required to participate.

Sixteen players are on guaranteed contract for 2020, including Andrew Gutman, who is on loan from Celtic FC, and designated player Fanendo Adi, whose current rift with management makes it unlikely he will be back. Nijkamp told a group of reporters recently that he was interested in moving Adi during the summer transfer window, but it just didn’t work out, and that will remain the goal going into next season as well.

Adi filed a complaint with the Major League Soccer Players’ Association alleging unfair treatment from the club and said he would need assurances from Nijkamp and Jans that things would be different for him to want to stay in Cincinnati. The club would either have to buy out his contract or trade or transfer him to another club, unless the two parties agree to mutually terminate the contract.

For now, the team is just parting ways with a handful of players who are out of contract. Alvas Powell, Victor Ulloa, Corben Bone and Hassan Ndam all had exit physicals Friday, and Justin Hoyte and Roland Lamah had theirs Tuesday. None is expected to be back, though Powell remains on contract. The club declined to pick up options for Bone and Hoyte, and Hoyte confirmed his departure Tuesday, ending his three-year stint with FCC.

“It's been a great journey, a great experience, a great challenge, and I've enjoyed every part of it,” Hoyte said. “Even though we didn't win as many games as we would like, and I've not been able to secure another year with the club, that's disappointing, but that's the sport and industry we're in and I look forward to what's ahead and that's what my main focus is, is just to say thanks to the organization, the fans, the players past and present for helping me during my time here. It's been a great journey. I've met a lot of great people around the city and in the team I've got friends for life now, and that's the beauty of it. I will miss being part of Cincinnati and the organization, but it's time to move on and look forward to what's ahead.”

Hoyte, who spent his entire career in England before coming to Cincinnati, hopes to play for another two or three years and then transition into coaching. He holds no ill will toward FCC and said he will continue supporting the club from afar.

“They've taken major steps since I've been here and even this year come on leaps and bounds,” Hoyte said. “The staff they have employed, the players they are bringing in, it's just grown and grown and grown each year. Now looking from the outside as a fan now of FC Cincinnati, I can only see great things, and good things are going to happen. And, for all the players here now, I hope that does happen and for the fans, as well, because good or bad, they turn out, which is a great thing. As long as the players perform on the field and the fans continue to pour into the stands, I see great things. And, with the new stadium coming on as well, that will be amazing. I'm sure a lot of people will want to come play here.”

Lamah said the club is in good hands with Jans, noting how well he kept the team together through tough times.

“I think he’s been very good for us, because as an expansion team, (there are) many young players, so we need that together(ness) and I think it's good for Cincinnati,” Lamah said.

Jans was hired in early August and remains on contract through 2020. He said his abilities as coach won’t be judged until next season but he was glad to have a couple months to begin building.

“I wanted to know the players, the team, the club,” he said. “We made how we train -- I don't know if it's different, but I think there are some changes. It helps so much to learn and I think that's the biggest win for me to get acclimatized and get used to everybody and everything. I think it's a good start to build on that.”

Nijkamp said he was pleased with the progress under Jans, especially in how he brought enthusiasm to the group in difficult moments.

Jans had tried to build on the possession-based style implemented by interim coach Yoann Damet – who temporarily replaced Alan Koch when he was fired May 7. But he quickly realized that the high press he wanted to use wasn’t going to work with the roster he inherited, so he backed off that and took a more compact approach on defense for the final five games.

Next year, he plans to try to go back to the way he intended to play with the addition of some new players and he’s hopeful FCC will be more competitive.

“The most important thing is always the next game, but you also know that this season is kind of the first step in the process, so for me, I realized after two weeks, it's best for me as a coach to do the short-term, to do week-to-week, and we managed that and in the end I think it was good,” Jans said. “But I love winning more games and I think in the future we will prove that.”