D.C. United's Wayne Rooney is a good example of how one player can turn a team around 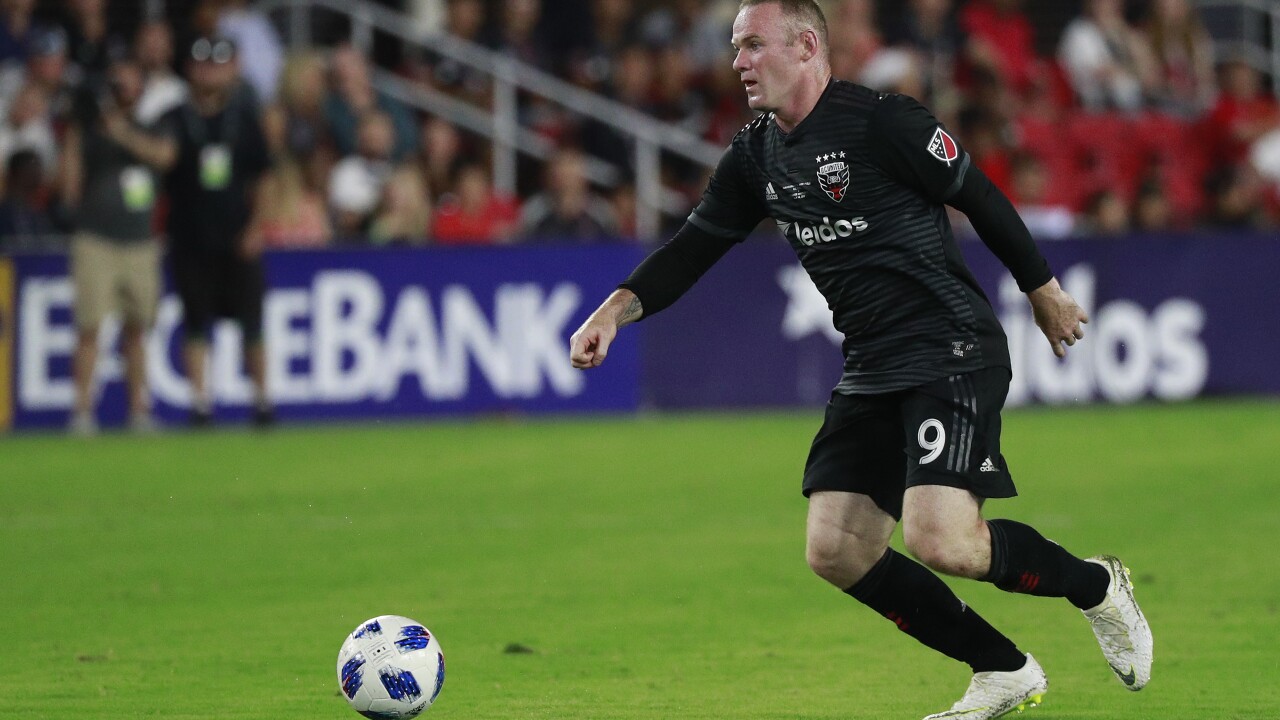 Patrick McDermott | Getty Images
Wayne Rooney of DC United controls the ball in the second half against the Vancouver Whitecaps during his MLS debut at Audi Field on July 14, 2018 in Washington, D.C.

He would be the next big name to come to Nippert Stadium this season, after FCC hosted Zlatan Ibrahimovic and the L.A. Galaxy last month.

But while Rooney is an example of the kind of world-class talent that fans can see while supporting Cincinnati as a Major League Soccer club, he’s also a reminder of how the summer transfer window can help turn a season around. D.C. United was 2-7-5 last year before Rooney arrived last July, and the club finished 14-11-9 to make the playoffs with Rooney contributing 12 goals and seven assists in 20 appearances.

D.C. United (8-5-8) currently is second in the Eastern Conference.

It doesn’t always take a Rooney-caliber addition, either. FCC already has signed one new player this window, bringing in Dutch center back Maikel van der Werff last week when the window opened, and is working to add others before the close date Aug. 9.

“The summer window is always interesting, because you could bring in a player or two that could change the course of your team,” technical director Luke Sassano said. “Obviously, it depends on what you have available resource wise, but also we're always going to be a team that is going to find undervalued players in any market we go to, and I think that's us trying to be smart, clever, trying to maximize our resources, and once we are able to do that, that's only going to be a good thing for the club.

“In the summer transfer window, you can find guys that are for sure of good value, but you can also find players that are expensive at the moment because they are from Europe and out of contract, so you are going to need to give them certain parameters to have them more than six months. There are many factors that go into it.”

FCC season-ticket holder Scott Allison, 35, of Over-the-Rhine, would love to see a player like Rooney added to the roster, so long as it’s not “just a quick fix.” Rooney is 33 years old and on the back end of his career.

“I have every confidence they will (bring in quality players),” Allison said. “They didn’t have a lot of time to get the team together, and it didn’t work out the way they wanted. They have a desire to win, and I have full confidence they find someone to make it happen. What I don’t want them to do is make a snap decision this summer and not come up with a well-thought-out plan.”

Allison, an Everton fan who has watched Rooney since the 2010 World Cup, followed D.C. United closely when Rooney arrived and looks forward to seeing him in person for the first time Thursday. He and some of his friends share a group of seats, and he made sure he would get to go to this one.

Rooney struggled his last year in the Premier League with Everton, where he began his career in 2002 and returned following a 13-year stint with Manchester United.

“He had such a resurgence last year,” Allison said. “I watched probably 75 percent of the games he played at Everton (in 2017-18) and he was always a step behind. It was tough to watch, but suddenly he came over here and took the team on his shoulders. I watched several United games when he came over. He carried the team and scored some incredible goals. He is such a world talent.

“There are only a couple guys I have to make it to the game to see, and Ibrahimovic and Rooney are those guys for me. It’s fun to see guys we’ve seen on the world stage for so many years.”

FC Cincinnati interim coach Yoann Damet is well aware of what his team will be facing with Rooney.

“We are aware on our side of their qualities,” Damet said. “For sure Wayne Rooney is the big name on their team, and he’s a very good player. But we are preparing this game like every game. We know the quality of their attacking players. They not only have Rooney, but other players around him. We have to be aware and do a great job defensively to work together, stay very compact and prevent them from creating chances.”

Although Allison wants to see Rooney’s quality in person, he would love to see FCC do well against him. Cincinnati has given up a league-worst 45 goals this season but enters the game on a two-game win streak.

“I think Rooney is an incredible player,” Allison said. “Unfortunately, our back line has not been good enough to shut him down, but if they did, it would be cool. I would love to see (goalkeeper Spencer) Richey make an amazing save against him.”