'This is where the real character shows' 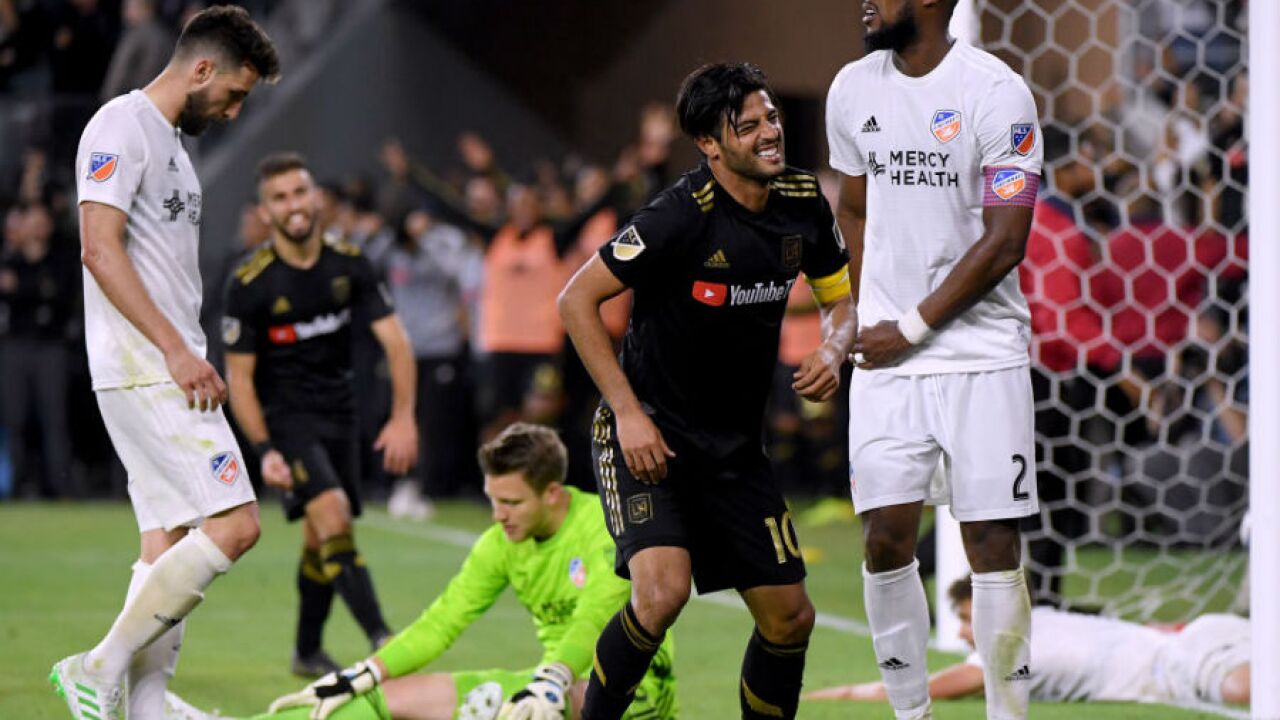 CINCINNATI — Alan Koch walked silently through the FC Cincinnati locker room after April 19’s disappointing loss to Real Salt Lake. He made his players wait until after all his press obligations were complete before he returned to address the group.

Koch normally speaks to the team right after the match, but he wanted to give the players time to digest what had just happened.

FCC suffered its third loss in four games and the worst one at home this season, falling 3-0 to a Salt Lake team that began the night in the bottom half of the Western Conference standings.

The coach was in no rush to dismiss the players that night, but now it’s time to move on as FCC (2-4-2, 8 points) turns attention to New York Red Bulls (1-4-2, 5 points) and the beginning of a three-game road trip spanning eight days.

“We want to truly assess this as quickly as we can and learn from it so we can allow ourselves to push on,” Koch said after the game, noting that the players’ heads were down during that first walk through the locker room.

Midfielder Kenny Saief said the loss was a learning experience, and seeing players visibly frustrated by the result — himself included — is a good sign they expect better of themselves and the team.

“We're already focused on the next game,” Saief said Wednesday following training. “It was a tough few weeks, but we have to be strong. This is the right time. We need to show we are strong in the head and we can turn the situation into a good situation.”

The frustrating loss April 19 followed a surprisingly improved performance at league-leader Los Angeles FC the week before, although that one also ended in defeat: 2-0 with a stoppage-time goal surrendered when FCC was pressing for a late equalizer.

In the big picture, the Orange and Blue have been spiraling downward since briefly moving into second place in the Eastern Conference standings after their last positive result, a 2-0 win at New England on March 24. They are now in eighth place.

Since the win against the Revolution, Cincinnati has been outscored 8-1 over the last four games and gone 345 minutes without a goal in the run of play. The lone goal in that stretch came on a penalty kick converted by Darren Mattocks in a 1-1 draw against Sporting Kansas City on April 7.

It was another disappointment, especially considering the team’s strong first-half play and the fact that KC had made nine changes to its lineup following a CONCACAF Champions League match just three days prior.

“That’s a problem,” Koch said of the lack of scoring. “It’s becoming a bit of a challenge now as we’ve gone through the last few games. We really need to get as many of our attacking options back as quickly as possible. You need to have options.”

Mattocks and Fanendo Adi are the only true strikers on the roster available.

Kekuta Manneh can play forward but has spent most of his career as a winger, and Emmanuel Ledesma, another attacking option, has been out the past few weeks with a hamstring injury.

At some point, though, that can’t be an excuse.

“We know we have to get better, of course,” Koch said. “We will maximize what we have. We'll try to get the players that are out back as quickly as possible and continue to improve. Our goal is to maximize everything we can this year. What that end product will be, who knows? If you look at it for a second, and I don't really want to, we're actually in an OK place.”

Koch said getting eight points out of the first six games is actually pretty good for an expansion team that had such a short runway to its first season. However, “it doesn’t get any easier.”

Nine of the first 10 games are against 2018 playoff teams, and this road trip will be the first stretch in which FCC has a midweek game with the quick turnarounds.

Cincinnati has to learn quickly from the mistakes made in recent games, captain Kendall Waston said.

“You come back to work even harder,” Waston said. “This type of game you have to look again to see what the bad things or the good things that we were doing, to try to come back again to the football that we want to create.”

New York Red Bulls are in much the same boat, sitting in 10th place in the Eastern Conference and coming off a loss to previously winless New England. That's no reason to rest easy, however — Real Salt Lake had also been struggling before it beat FCC 3-0.

Waston said Cincinnati won’t take any opponent lightly. The Orange and Blue can’t afford to, given how much they still have to prove. Perhaps their early success — rebounding from a 4-1 loss to Seattle in the opener to go 2-0-1 over the next three games — was a bit misleading.

Now it’s time to see what this team is really about.

“Sometimes things don’t go your way, but you just got to look forward,” Waston said. “This is where the real character of the individual shows.”