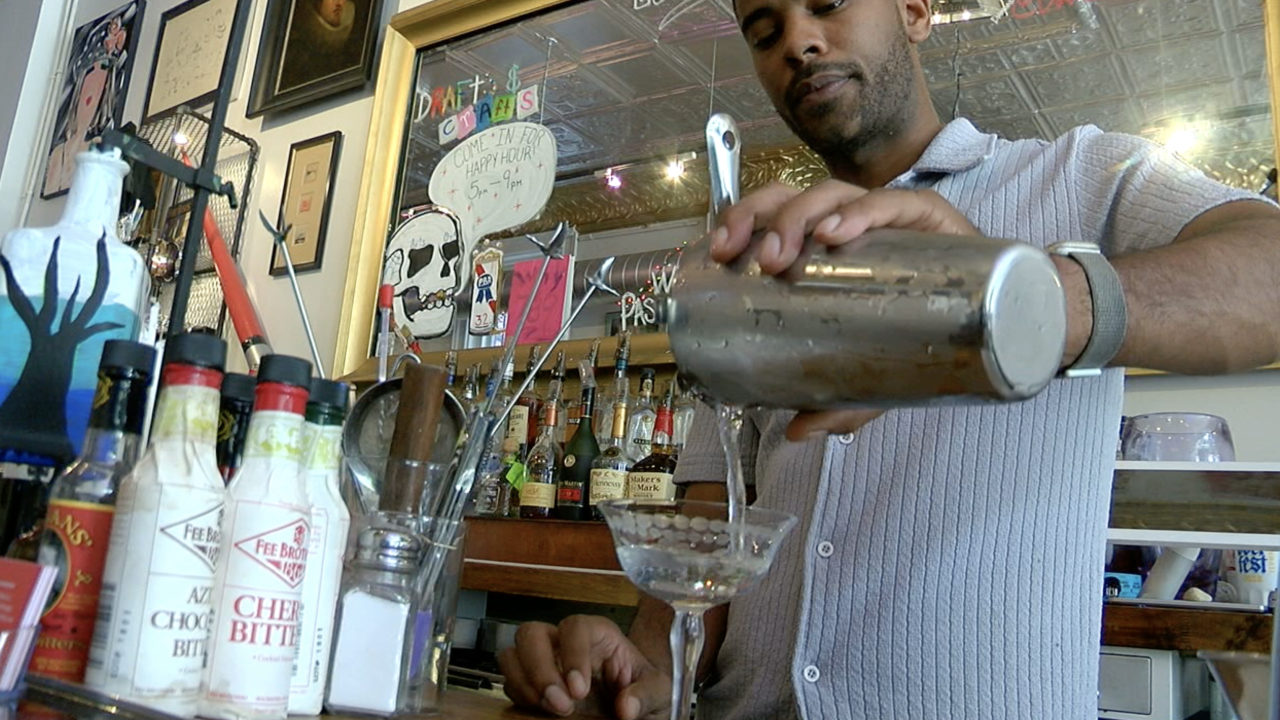 Copyright 2019 Scripps Media, Inc. All rights reserved. This material may not be published, broadcast, rewritten, or redistributed.
Jake Ryle
Byron Thomas Jr., operating manager of Arts’ on the Ave, pours a cocktail at the bar. Thomas said he hopes the nearby stadium brings growth to the arts district. 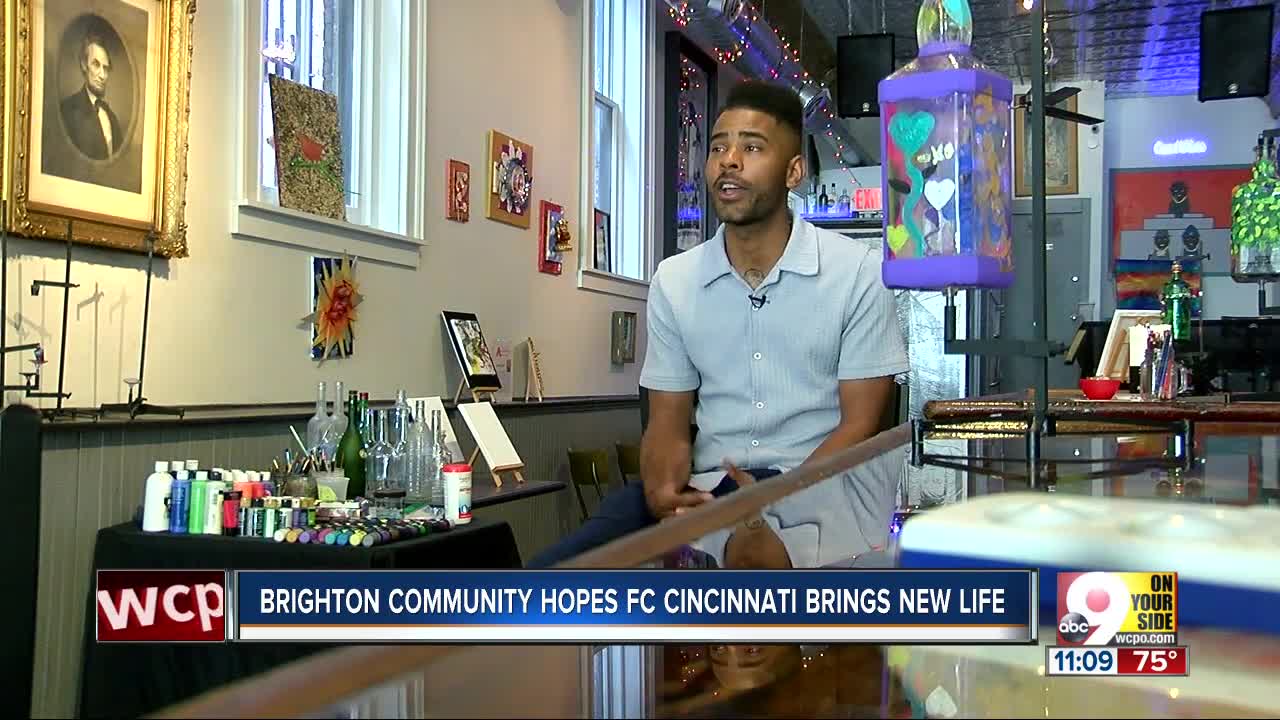 The neighborhood’s Brighton Arts District, nestled between Central Parkway and Bank Street, is less than a mile away from FC Cincinnati’s new stadium.

Byron Thomas Jr. is operating manager of Arts’ on the Ave, a specialty cocktail bar with an emphasis on appreciating art. He said he views the relationship between businesses and the stadium as “symbiotic.”

Alex Taylor, CEO of Oval Room Group, said his visual media company has seen growth in the last two years, and he thinks the proximity of the stadium could elevate his business.

"I think it will bring a lot of jobs, a lot of opportunity, improve a lot of historical buildings,” Taylor said.

Thomas said he loves the area and that the community is home to a lot of great people and artists.

"I definitely want the area to thrive,” Thomas said. “So people can see what's potentially over here, and what's already established.”

Taylor’s Oval Room Group has been in the district since its beginning. He says the company has been a pioneer in the market.

“We're hoping to see a lot of people following the trend to come into the market,” Taylor said. “Capitalize on the energy FC will bring."