Stam still trying to fly to US from Netherlands 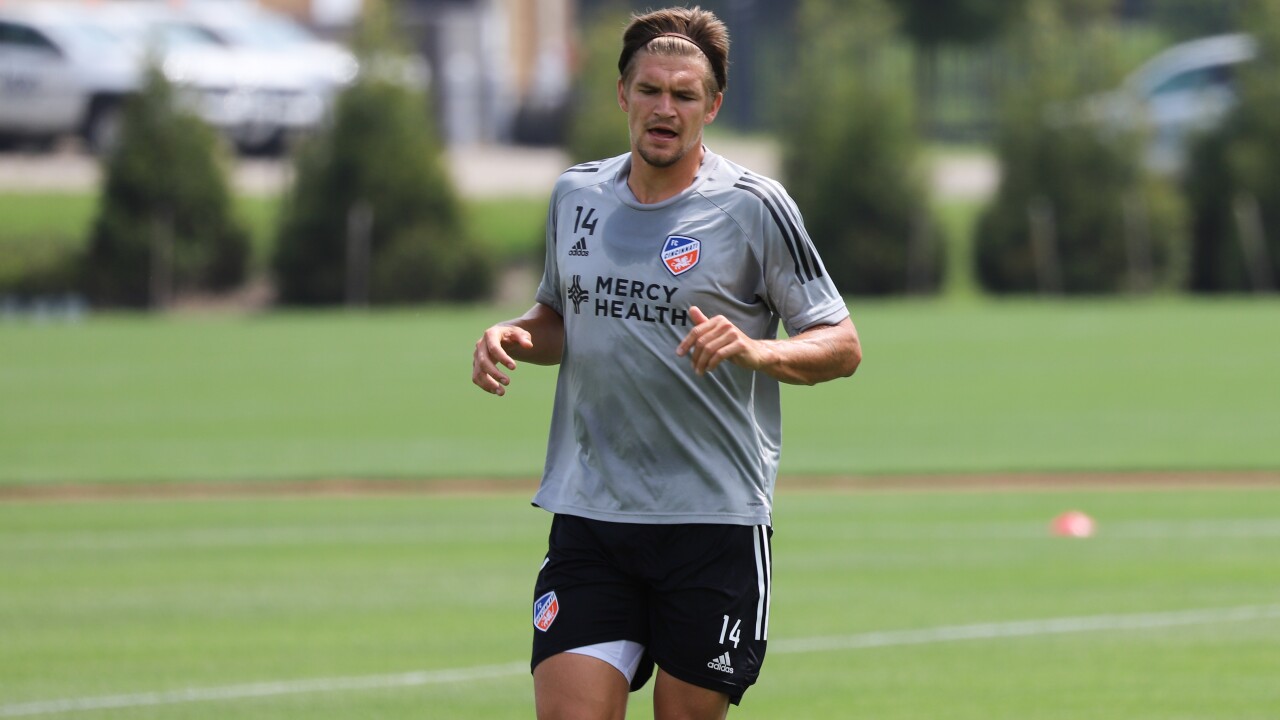 CINCINNATI — While Major League Soccer finalizes plans to restart the 2020 season, FC Cincinnati is gearing up with the hope that its new coach will arrive in time to lead the team through a fresh beginning.

A team spokesperson said Jaap Stam is still in the process of securing his work visa and approval to fly from his home in The Netherlands to his new adventure in the United States. However, the opportunity for him to potentially join FCC in Orlando – where all 26 teams will gather at the Disney Wide World of Sports Complex for a World Cup-style tournament – would be ideal.

Stam fills the role vacated by Ron Jans, who resigned 12 days before the start of the season amid an investigation into a racial slur he made earlier during the preseason.

MLS suspended the season March 12 after just two games because of the COVID-19 pandemic, but the ratification of a new Collective Bargaining Agreement on Wednesday paved the way for the league to move forward with plans to resume play initially with the tournament in Orlando and potentially finish the season in home markets. The league on Thursday lifted the team training moratorium that had been in effect since mid-March.

“I think it would be awesome (to restart with Stam),” goalkeeper Spencer Richey said on a Zoom call with media Wednesday. “… I think part of this whole situation is, just, the future has been uncertain and the more stability and certainty you feel you can have in your life these days is so much better, and that's no different with the coaching staff. We've had some changes, obviously. That's no secret, but just in speaking on that one Zoom call with Jaap, I feel like you could feel his energy, you could feel his passion, and he's certainly had an incredible career as a player and he's going to be a guy that guys respect as a coach, so I think guys are really looking forward to that.”

Richey said this feels like a fresh start for the team, but more so once Stam is in place. FCC held its first small-group training session Thursday after weeks of individual training. Assistant Yoann Damet, who served as interim coach, continues heading things up in Cincinnati.

As some of the proposed details to the Orlando tournament emerged late last month, even Stam was on board with the idea, saying in his introductory press conference on May 22, “Orlando would be ideal for me because you get to know everyone really well when you’re all together like that for an extended period of time.”

MLS commissioner Don Garber said in a Zoom news conference with media Wednesday that dates and full details are still being arranged, but the players would be gone for no more than 35 days and teams would essentially be quarantined together at a hotel and at the Disney sports complex. No fans will be in attendance, but games will be broadcast on TV with some added visual enhancements to make the product even better for those watching at home, Garber said.

ESPN.com’s Jeff Carlisle reported from sources that players could arrive as early as June 24 for a two-week training period with a three-game guaranteed first round, followed by knockout rounds to determine a winner. Garber said the idea behind the tournament is related to providing a way to get back on the pitch in as safe a manner as possible (the league will provide regular testing for COVID-19) and a way to recoup some of the revenue lost, as the league is estimated to lose $1 billion this year.

The league and players’ union both had to give some concessions to reach an agreement, and negotiations heated up so much in the last week that MLS threatened a lockout if the MLS Players Association did not agree to its proposal with the main sticking point tied to a force majeure clause meant to allow either side to back out of the contract under extraordinary and unforeseen circumstances, such as a new wave of COVID-19 infections that would force MLS to shut down again.

Players around the league chose not to participate in voluntary training sessions Monday as a stand against the ultimatum, and no FCC players showed up for what would have been the club’s first small-group workouts after the league initially limited teams to individual training sessions. The idea of a lockout and the tough stance taken by players ultimately brought both sides to a deal.

“The tactic of the threat of a lockout is a scary thing, for sure,” said FC Cincinnati defender Nick Hagglund, who is one of the team’s MLSPA representatives. “I think ultimately it made the players dig their heels in even more, and I'm really proud of the players and how they responded to that. There was no panic and everyone was in it together making sure they know what the information was to make sound judgement. It was across the player pool. I'm really proud of FC Cincinnati and what they did to understand and make sure everyone was on the same page. Ultimately, MLS needed a decision made, especially on the Orlando trip, and obviously they wanted a specific thing, so it puts a timeline on everything. We thought we might have had a little bit more time, but once they said that, it was time to get a decision done. For us, ultimately, it was to make sure what we got for the players was right and that we were going to stand together and be unified.”

Players are taking just a 5% pay cut, according to Garber, but the extension of the CBA – one was approved in February but never ratified -- by one year to run through 2025 will help the league save money down the road when the new media-rights deals come into effect in 2023. The force majeure clause remained but with some tweaking of the wording.

Hagglund and Richey both said it will be nice now to just focus on soccer. Although there are risks to returning because of COVID-19, they were satisfied with the league’s plan to try to keep players and staff safe.

“I think that was a lot of the first thought that came to guys' minds when this idea of the tournament came together, but there's a lot of smart people that both the PA and MLS have brought on board to ensure it's as safe as can be,” Richey said. “We know there is some risk that comes with it, but we think there are enough protocols and enough safety measures in place that we will hopefully be able to get out of there healthy.”

Garber said all players will be required to participate unless they fit into the categories the league discussed with the MLSPA, such as a medical reason or extenuating family needs.

FCC is hoping to get a chance to return to Nippert Stadium to finish the season, ideally in front of at least a lower-capacity crowd. In the meantime, they will treat the Orlando tournament like playoff games. The club lost its first two games played before the season was suspended and was coming off a last-place finish in 2019, but there is reason for optimism with an improved roster and now a new coach who was known as a legendary defender in his playing career with Manchester United, among others.

“It wouldn't be exactly the same feeling of having a full season and then playing MLS Cup, but it's also like a World Cup kind of tournament, so when you win anything it's an exciting feeling,” Hagglund said. “I think it's obviously going to feel different, but any time you have an opportunity to lift a trophy, you are excited about that.”