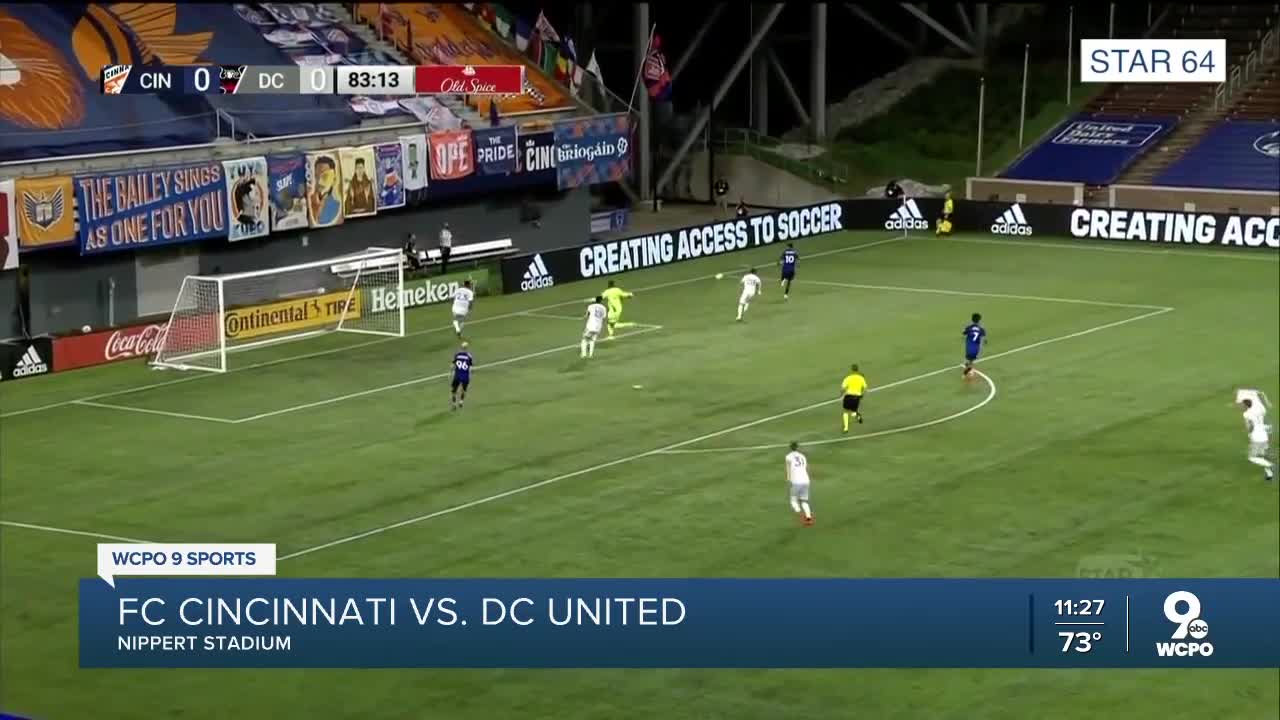 Jurgen Locadia missed a chance to give FC Cincinnati a win for a second straight game, but the Orange and Blue still got something out of their first match in the league’s return to home markets. 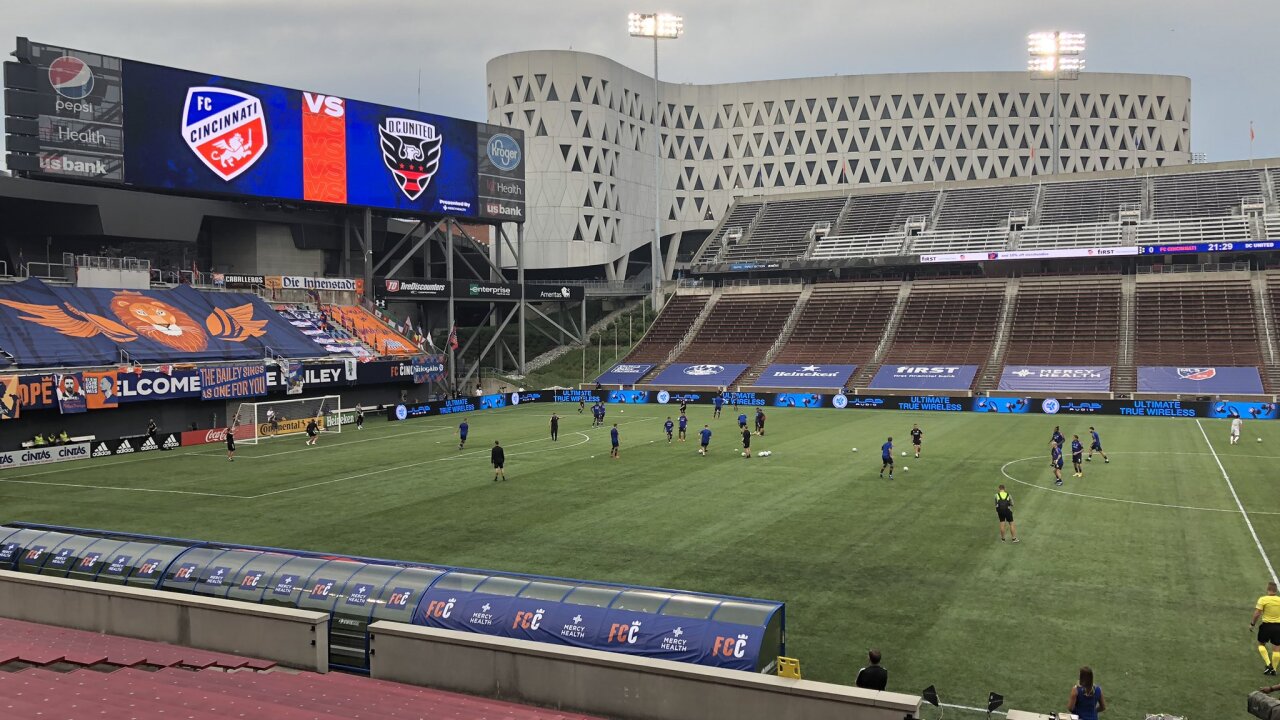 CINCINNATI — Jurgen Locadia missed a chance to give FC Cincinnati a win for a second straight game, but the Orange and Blue still got something out of their first match in the league’s return to home markets.

FC Cincinnati played D.C. United to a scoreless draw in a closed-door match Friday at Nippert Stadium, adding a point to move up two spots to seventh in the Eastern Conference table. Only media, club employees and gameday personnel were in attendance.

Allan Cruz found Locadia open on a run to right corner of the 18-yard box in the 84th minute, and Locadia had D.C. United goalkeeper Bill Hamid beat inside but somehow managed to send the shot to the far post and hit the frame. The designated player and Brighton & Hove Albion loanee also missed a sitter in the 87th minute of the MLS is Back Tournament Round of 16 game that ended in a draw before Portland advanced in penalties.

FCC (2-3-1) hadn’t played since that match on July 28, and Friday served as the club’s home opener – five months after originally scheduled because of the COVID-19 pandemic shutdown. D.C. United (1-2-3) was missing some key players and seemingly hasn’t found its rhythm yet but remains in 10th in the standings.

Here are three takeaways from the match…

Cincinnati sat back defensively for the first 20 minutes and allowed D.C. to dominate possession, absorbing the pressure and patiently waiting for opportunities to attack. Those chances were few and far between for the entirety of the match, but FCC did begin to gain better control as the game went on and the Orange and Blue ended up with 56% possession for the match.

FCC, which played out of a 5-3-2 formation, opened things up by shifting to what looked more like 4-4-2 to finish the first half, and then got better movement out of Allan Cruz when he came in to replace injured forward/midfielder Siem de Jong to start the second half. The Orange and Blue had just five shots, two on target, while D.C. finished with seven – six in the first half – and just one on target.

“Part of the game plan is to play out of the back, so that's part of our game, and it's something that we want to develop moving forward, but we also know that there's a time and a place for it, and that was displayed today,” wingback Joe Gyau said. “So, the first 20 minutes, they had energy, they were pressing high. We were kind of playing into their hand by playing out of the back. So we had to stretch them out a little bit. Once we opened them up, then that's when we were able to create more space, and that's how we were able to find our groove.”

FC Cincinnati picked up where it left off in Orlando in terms of the progress displayed on defense, securing the team’s third clean sheet in six regular-season matches (two in the MLS is Back Tournament).

The Orange and Blue were getting peppered with free kicks from just outside the box in the first half, one of which Donovan Pines headed off the cross bar after a nice ball from Julian Gressel in the eighth minute. There were two more similar attempts over the next five minutes.

For a defense that allowed a league-record 75 goals in 2019, clean sheets early on are an especially good sign the roster improvements since then are paying off.

“It's not only the backline, because you don't play with a back five or back four -- you play with 11 players on the pitch and the army to defend,” Stam said. “It's the whole team was working and trying to work as a block. I think for the first 20 minutes, we gave away a little bit too much space in between lines, but after that we've been a lot better, and throughout the last couple of games, you know, they've been very solid. We all want to go forward. We want to create opportunities. But we also don't want to concede because, again, you want to take something out of it. The last games, we've done that, which is a very positive thing.”

Locadia’s missed opportunity came up multiple times in the postgame press conference, as FC Cincinnati clearly was disappointed not to get the three points, but FC Cincinnati walked away satisfied nonetheless in getting a result.

“You’re pleased that you're not losing and that you get a point,” Stam said. “Of course, you want to have three. We knew we were facing a strong side … and you see how the game goes from the start till the end and then you get stronger and stronger and dominating more and, to be honest, in the second half. Then you're waiting for that moment that you can go through and score that goal and, you know we went through, but unfortunately we couldn't and couldn't finish it off and that was a pity.”

That final punch forward and finishing opportunities is all that’s missing right now, Gyau said. In terms of Locadia, Stam reiterated the importance of the striker just opening up opportunities.

“There are a lot of strikers in the world who don't get into positions to score goals, so if that was the case, that would be worse, but he's getting there and got his opportunity,” Stam said. “Unfortunately, he didn't score. Next time, I'm sure he's going to.”