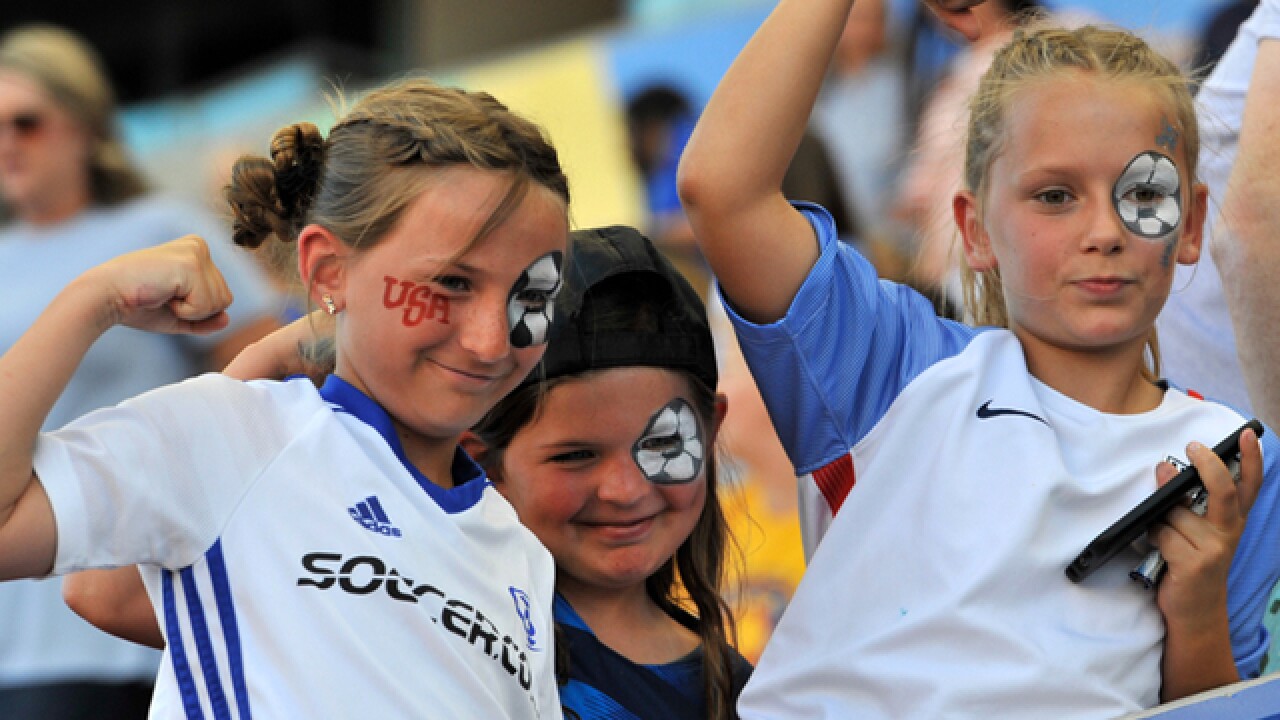 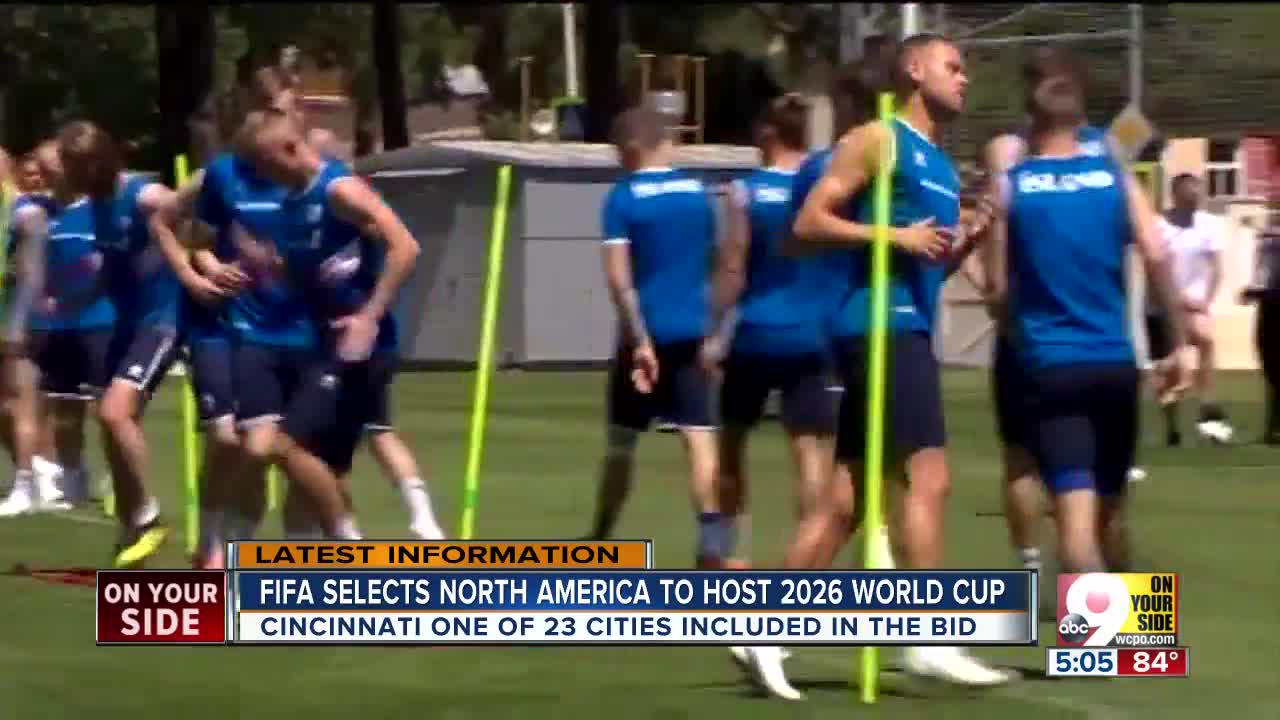 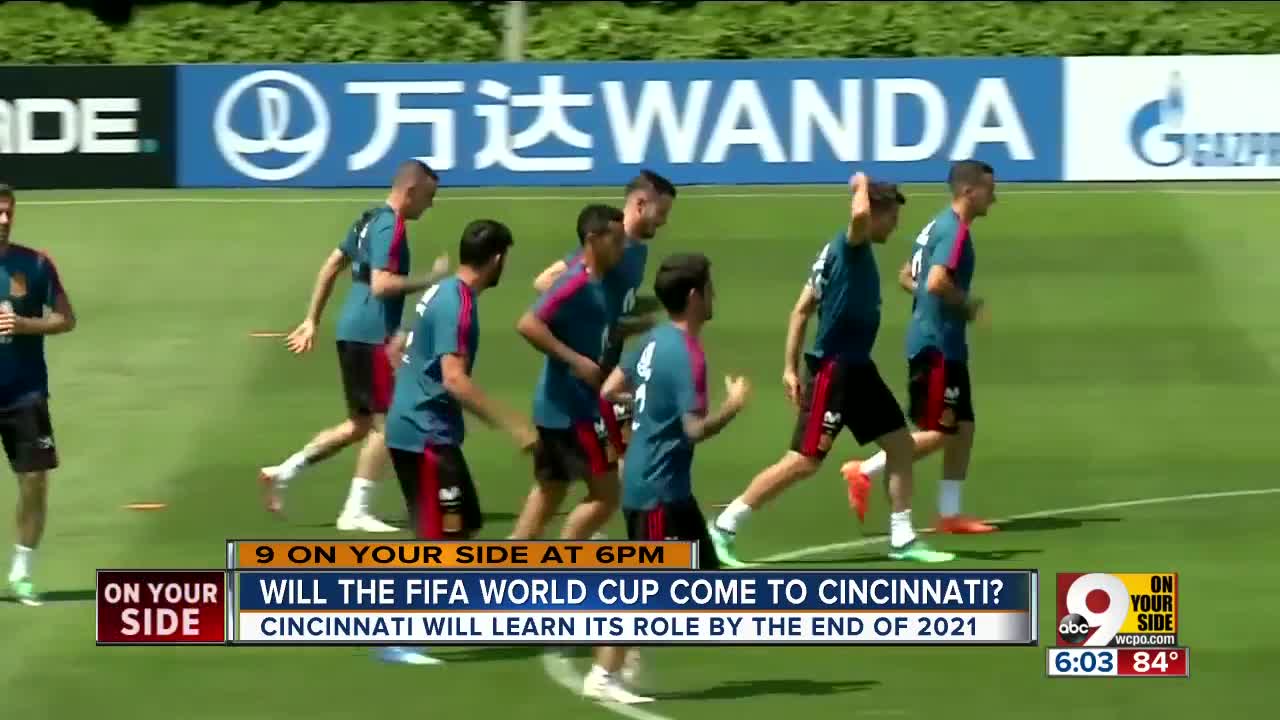 CINCINNATI -- The United Bid of Canada, Mexico and the United States earned the right to hold the 2026 FIFA World Cup, but now Cincinnati will compete for a chance to be a host city.

FC Cincinnati president Jeff Berding, who serves as the Cincinnati Local Organizing Committee co-chair, is optimistic the Queen City has as good a shot at hosting as any other market among the 23 finalists.

The 68th FIFA Congress voted 134-65 in favor of the United Bid over Morocco during a meeting Wednesday morning in Moscow ahead of the 2018 World Cup, which begins Thursday in Russia. A total of 16 cities will be chosen to host games as part of the 80-match tournament, and the Cincinnati LOC expects the sites to be announced by June 2020.

If selected, Cincinnati would hold games at Paul Brown Stadium, which offers a seating capacity of 65,515, and several local colleges have agreed to be used as practice facilities.

However, there is still a lot of work to be done to earn the right to bring the games to Cincinnati.

"We were a part of the United Bid winning the World Cup," Berding said. "There was a tremendous amount of work that went into winning the bid, but that was to win the bid. Now it's how do we put on the best event ever?"

Berding said Cincinnati already has shown it can hold big events through successfully hosting the 2015 Major League Baseball All-Star Game. The city has the hotels available to accommodate the crowds coming in from out of town and other countries, and travel logistics make sense for visitors and participating teams.

Fundraising efforts would be necessary to raise money for improvements -- such as the natural grass that would need to be installed at Paul Brown Stadium and the practice faciltiies -- and other costs associated with hosting a major sporting event, such as security.

The World Cup is expected to generate more than $360 million in new economic activity and result in a net benefit of $270 million for cities the size of Cincinnati.

"This is like a mini Olympics," Berding said. "The number of visitors that will come to Cincinnati over that two- to four-week period, depending on what we have, is going to be in the hundreds of thousands. It's going to be the whole world putting their eyeballs on Cincinnati, regardless of the teams.

"The reason we pushed so far for this opportunity because any chance we have an opportunity to promote our city globally, we are going to raise our hand and sign up and try to make that happen. The reach this sport and this event, this World Cup, offers our hometown is one we're very excited about and we're going to work very hard to get it over the goal line."

The host cities included in the United Bid are:

The U.S. and Canada failed to qualify for this year's World Cup in Russia, which starts Wednesday, and there's already a movement to make sure that doesn't happen in 2026. FIFA is expected to decide whether all three countries are guaranteed a place at the tournament.

Victor Montagliani, the Canadian who leads CONCACAF, wants FIFA to award the U.S., Canada and Mexico three of the seven guaranteed qualification slots reserved for the region as host.

There is also a chance to send an eighth team via an inter-continental playoff. North America will host the six-team playoff tournament in November 2025 to decide the last two places in the 48-team lineup.

The 2026 World Cup will be the first to host an expanded field of 48 teams.

The U.S. last hosted the men's World Cup in 1994. The tournament is played every four years.