Xavier's mission in Big East Tournament: Stop people from 'crapping' on them

And getting an NCAA bid 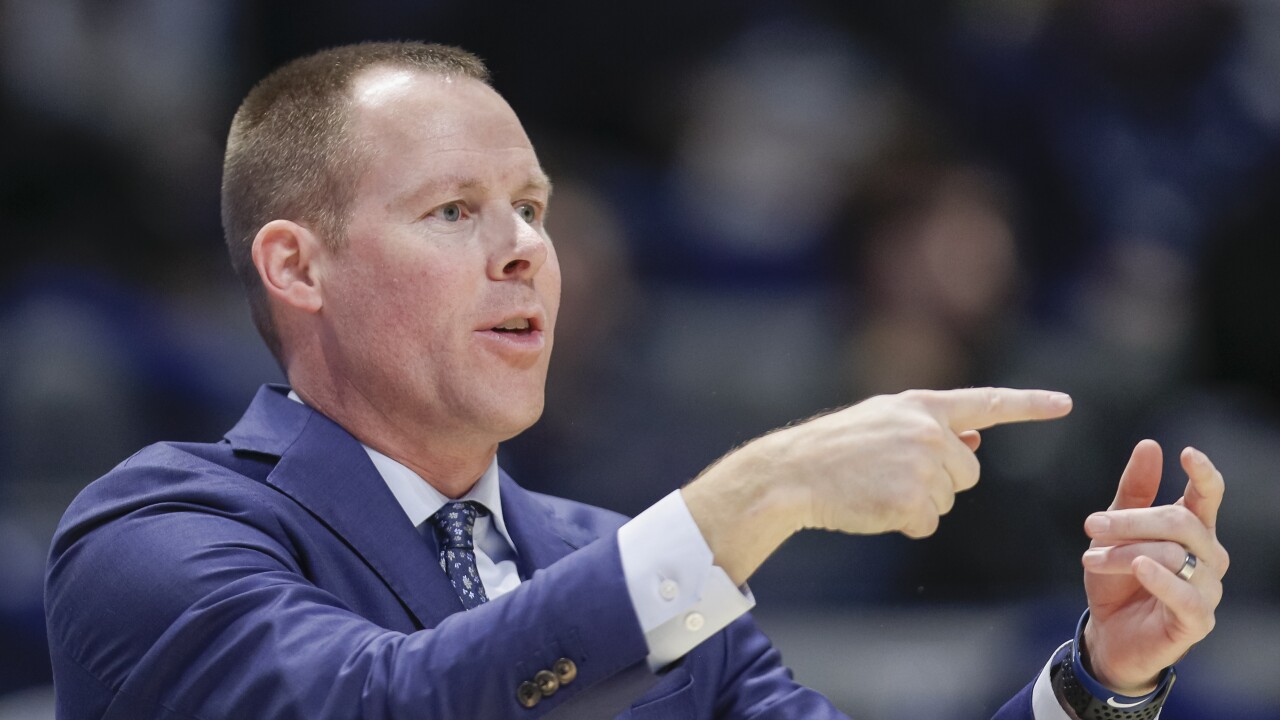 NEW YORK — If the Xavier Musketeers need motivation in the Big East Conference Tournament - besides a last chance to escape NIT zombieland for the second straight year - they can stop everybody from “crapping” on them.

“Everybody and all the media out there buried us earlier this year and … were kind of crapping on our team, and we stuck together and kind of reappeared,” coach Travis Steele said this week. “And we got to do that again. We got to see how unbreakable we are.”

Once the Musketeers adopted the “unbreakable” rallying cry after their double-overtime loss to Marquette on Jan. 29, they won six of seven and got back into the NCAA picture.

But Xavier (19-12) limped to the finish line with back-to-back losses and needs to make a big impression at Madison Square Garden, starting with a first-round win over DePaul (15-16) on Wednesday (9:30 p.m., FOX Sports 1).

The Musketeers should be up to that task, since they’ve already beaten the Blue Demons twice last month.

“Number one is taking care of the ball. They’re a team that wants to push the pace,” Steele said of DePaul. “And they’re really good – it’s like an avalanche – once they create a turnover, they’re at the rim dunking the ball. And I’d say number two is being able to block out. They got us here in game two on the glass. It kept them around in the game and we were never really able to pull away because we couldn’t keep them off the glass.”

Steele said he thinks 20 wins will get the seventh-seeded Musketeers into the Big Dance, but that would be cutting it close.

Jerry Palm of CBS Sports puts the Musketeers in as a No. 10 seed, pitted against No. 7 Iowa at Sacramento (West Regional).

But ESPN’s Joe Lunardi has Xavier in his First Four Out.

Xavier is 45th in the NCAA Net Rankings and 43rd according to KenPom.com.

Xavier might need a second-round win over second-seeded Villanova (24-7) on Thursday to be sure. The Musketeers have lost twice to Nova this season, so beating the Wildcats would say more about how unbreakable they are.

And nobody would be crapping on them then.

BOTTOM LINE: DePaul is set to face Xavier in the opening round of the Big East tourney. In the regular season, Xavier won both of the head-to-head matchups. The teams last played on Feb. 25, when the Musketeers outshot DePaul 50 percent to 47.5 percent and made six more 3-pointers en route to a 78-67 victory.

TEAM LEADERSHIP: Juniors Paul Reed and Charlie Moore have led the Blue Demons. Reed has averaged 13.4 points, 9.6 rebounds and 2.4 blocks while Moore has put up 15.5 points and six assists per game. The Musketeers have been led by Naji Marshall and Tyrique Jones, who have combined to score 30.1 points per outing.

KEY CONTRIBUTIONS: Marshall has either made or assisted on 48 percent of all Xavier field goals over the last five games. Marshall has accounted for 37 field goals and 22 assists in those games.

SCORING THRESHOLDS: DePaul is 0-5 when its offense scores 64 points or fewer. Xavier is a perfect 13-0 when it holds opponents to 63 or fewer points.

UNDEFEATED WHEN: Xavier is a perfect 15-0 when its defense holds opponents to a field goal percentage of 40 percent or less. The Musketeers are 4-12 when allowing opponents to shoot any better than that.

TOUGH DEFENSE: DePaul has forced opponents into committing turnovers on 22.4 percent of all possessions, the second-highest rate among all Big East teams.